My cousin from Nagoya - land of miso katsu, Toriyama Akira, and thousands of cram schools - was staying with me for the weekend, demanding I take him to something special and exclusive to Tokyo. I had to go to the legendary Toei Animation Studio in Ooizumi-Gakuen that day, so I made it a point to visit the equally legendary Ibuki, a shop run by a maniacal master that only serves an ultra-simple niboshi ramen for a couple hours a day, and only if the broth is just right.


But lo and behold, the shop was closed. Or, at least what we thought was the shop. We asked neighbors if they had seen the master, and why the shop wasn't open today. Little did I know that Ibuki had packed up and moved to goddamn Shimura Sakagami, no doubt a godless location far, far away.

My cousin was visibly upset, shaking uncontrollably. I promised him ramen, so we took a leisurely stroll to Shakujikoen for Inosho, a ramen outpost located inside a deserted underground shopping mall. 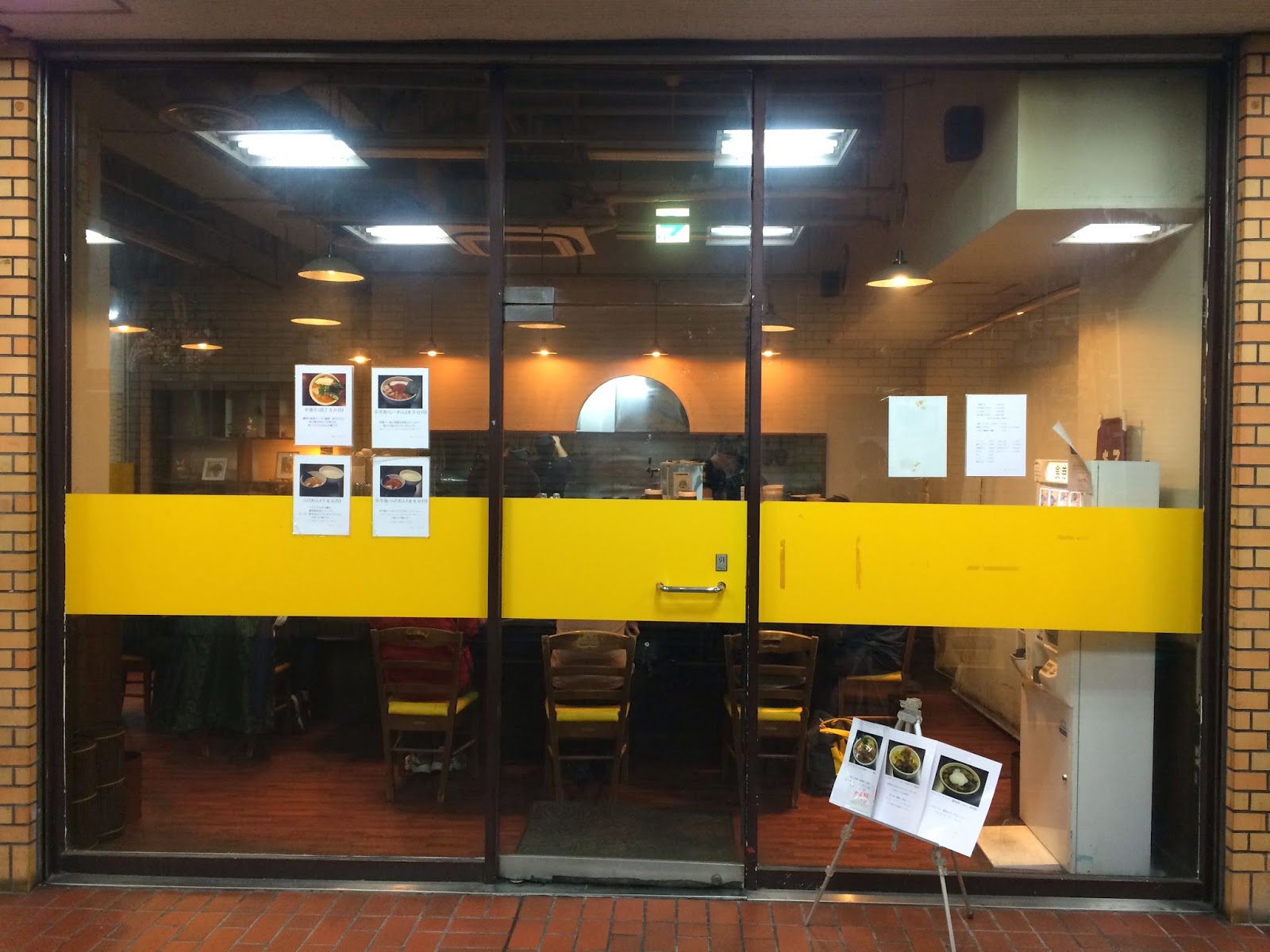 This is another popular place known for their gyokai-tonkotsu tsukemen, a style that I have grown to loathe due to its ubiquity in the Tokyo tsukemen scene. Think thick pork broth topped with ground bonito powder. Don't think too hard. 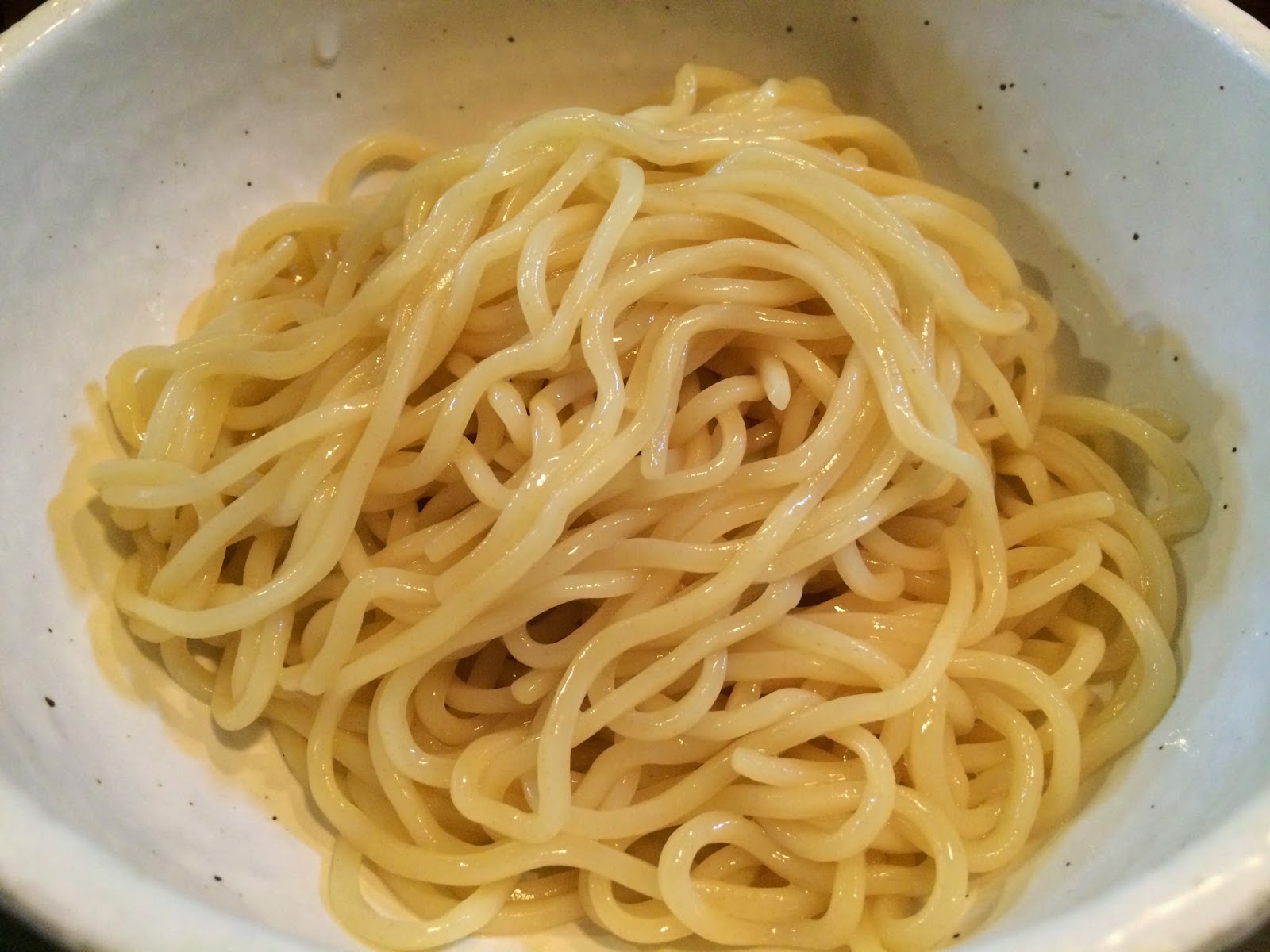 Inosho's is...just like any other bowl of this kind. Good at first bite, dull and a chore to eat by the end. You'd be better served by getting their "spicy spicy" version, which my cousin opted for.


Japanese idea of spice tends to be like the picture above. Dump a mound of ground chili powder into the bowl and mix it up. It's good, but not as deep or flavorful as other bowls, and this stuff just tends to mask the flavor of the broth, but in this case, it gave the bowl a much needed kick. I can't eat this stuff because they taste like burning, but this red death is definitely the main attraction at the shop. 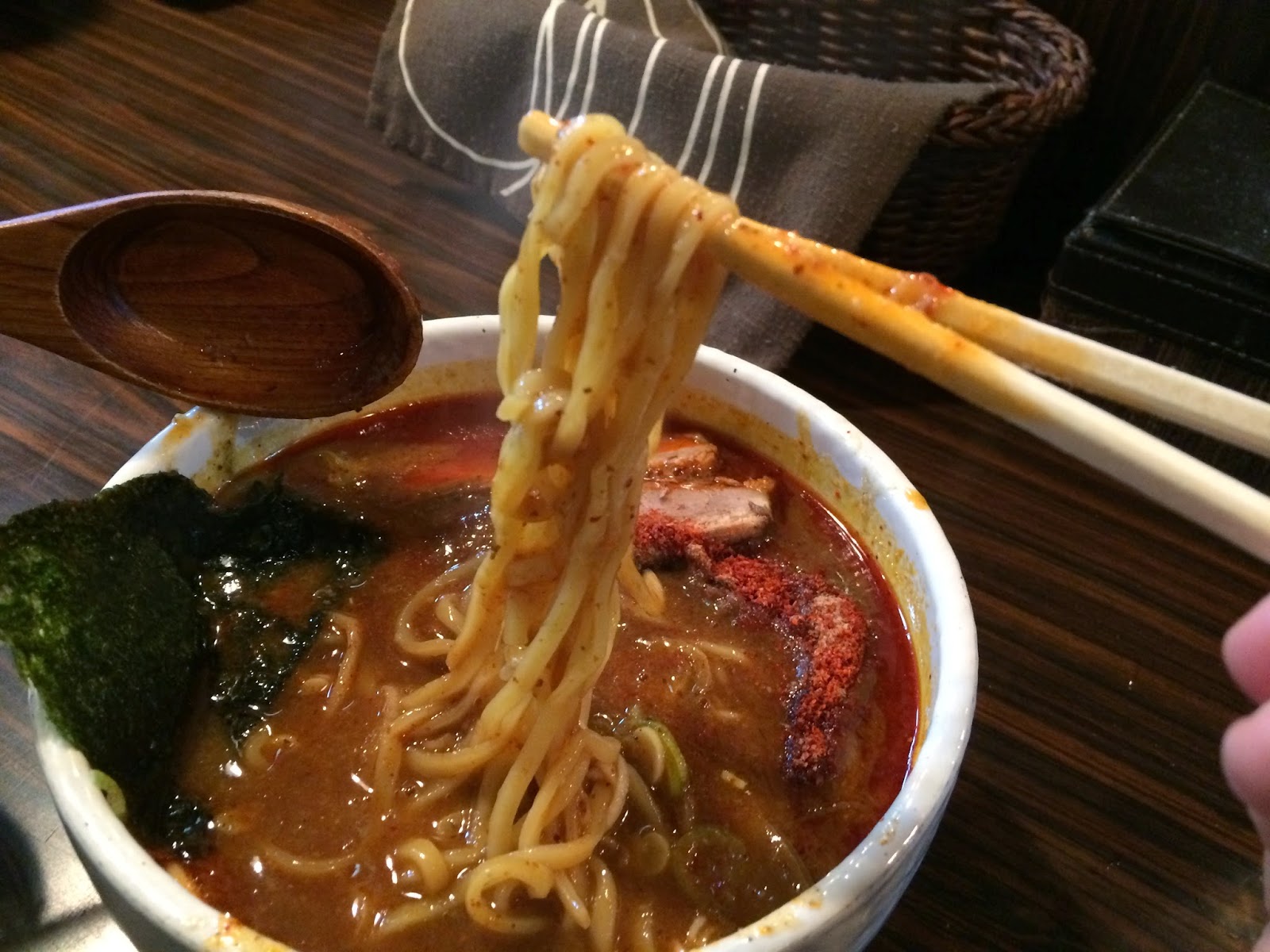 My cousin handled his business. I finished my girly bowl. He was satisfied, and doesn't hate Tokyo. I still want to go to Ibuki. 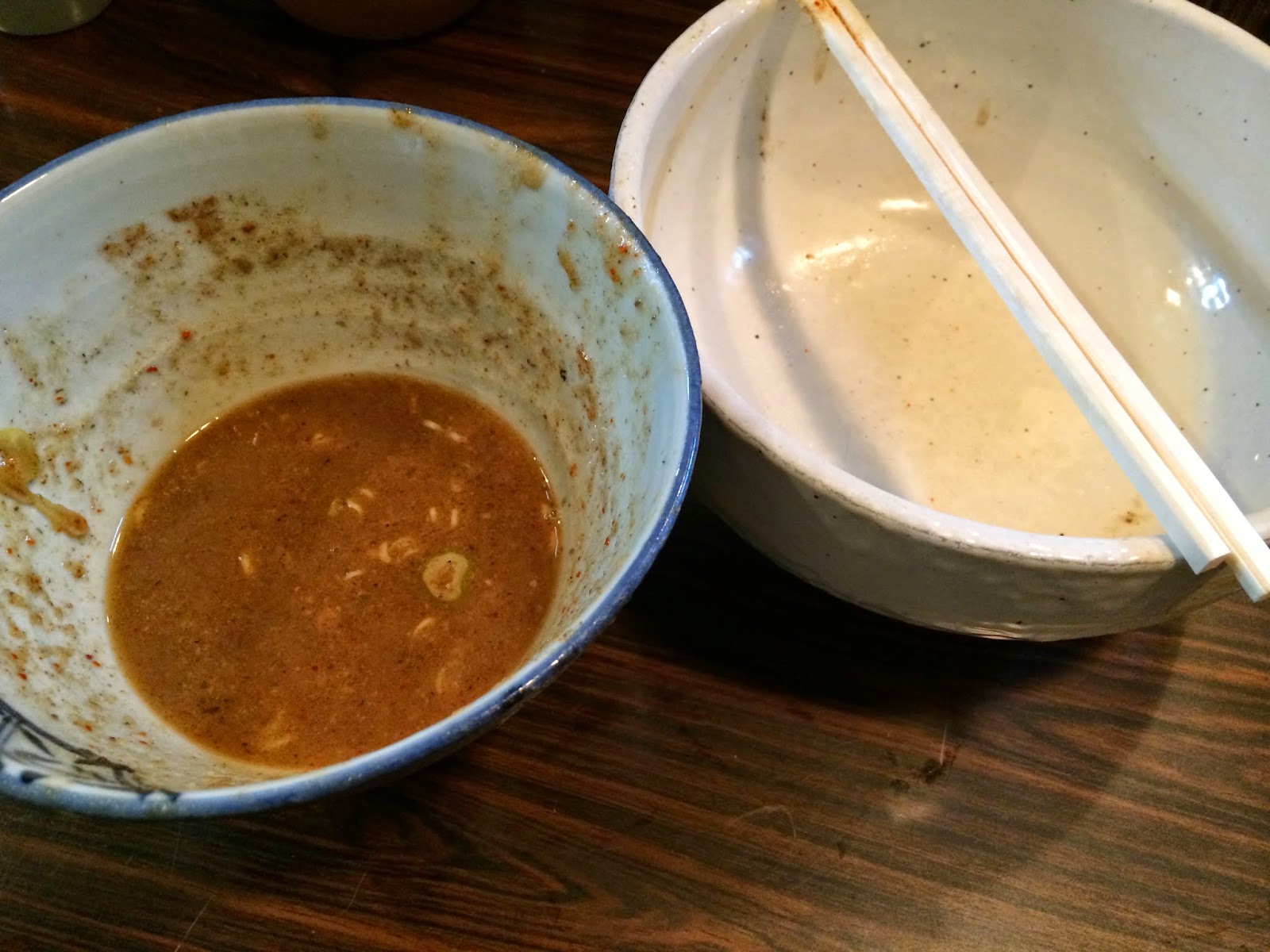 Hearts
Posted by Ramen Love at 3:36 PM No comments:

After a long day of work, I was walking around Kichijoji for a change, and remembered that there was a ramen shop nearby targeted towards women. Serori no hana, or "Celery's Flower," is a chain ramen shop produced by the Japanese beef bowl chain, Matsuya. 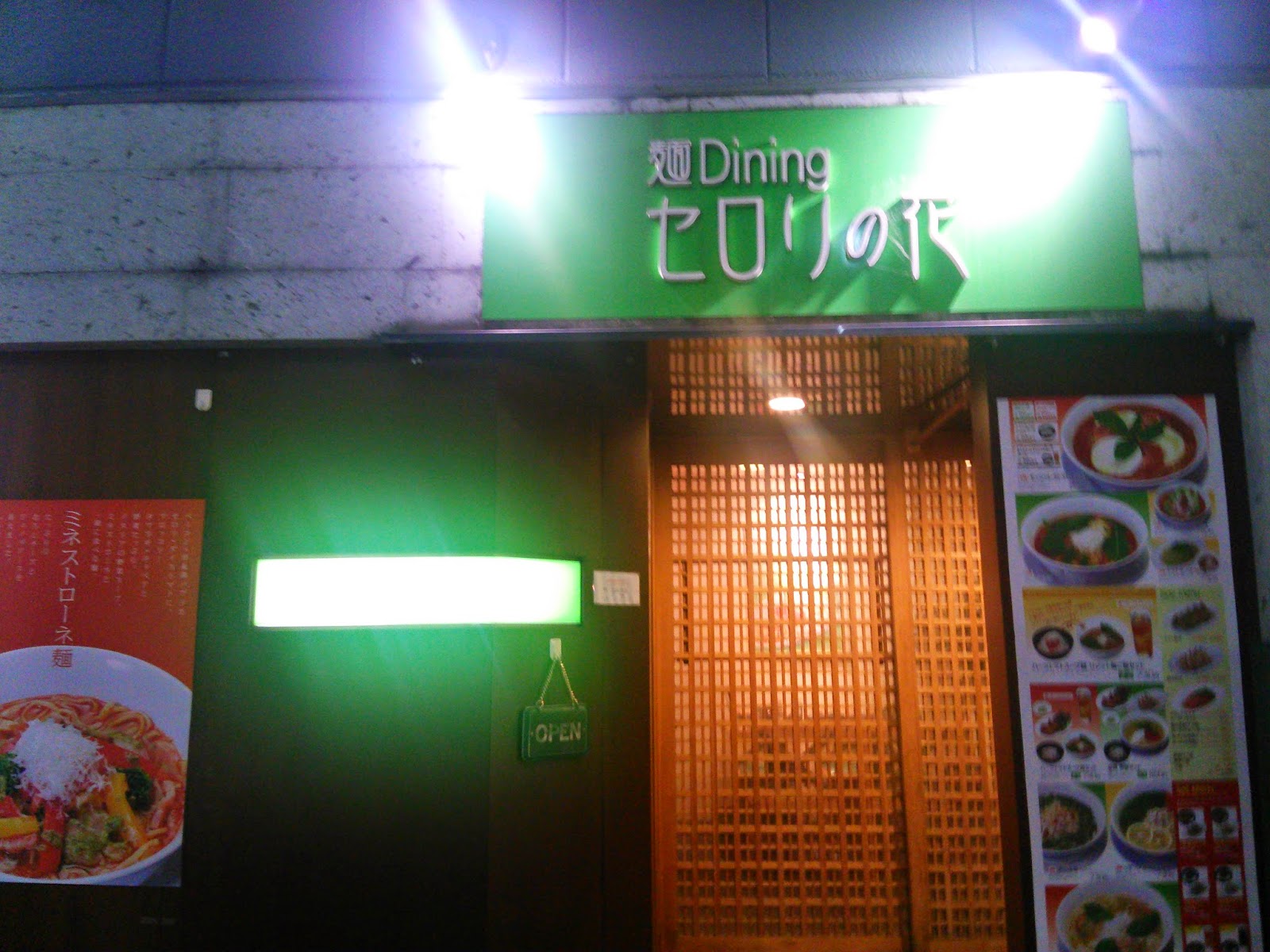 The menu is full of Italian dishes such as basil & tomato tsukemen or tomato soup ramen. I ordered the tomato and mozzarella ramen because it sounded healthy and fresh.


The appearance of the bowl is beautiful, like a margarita pizza ramen, but the first sip was heavy in artificial MSG flavor. Almost every bowl has a little bit of MSG, but this was too much.

I also expected thin, pasta-like noodles to match the soup, but these were really thick. They didn't match with the fresh tomato soup at all because they were too thick to absorb any of the soup, and thus overpowered the broth. This was half-baked ramen...or pasta? 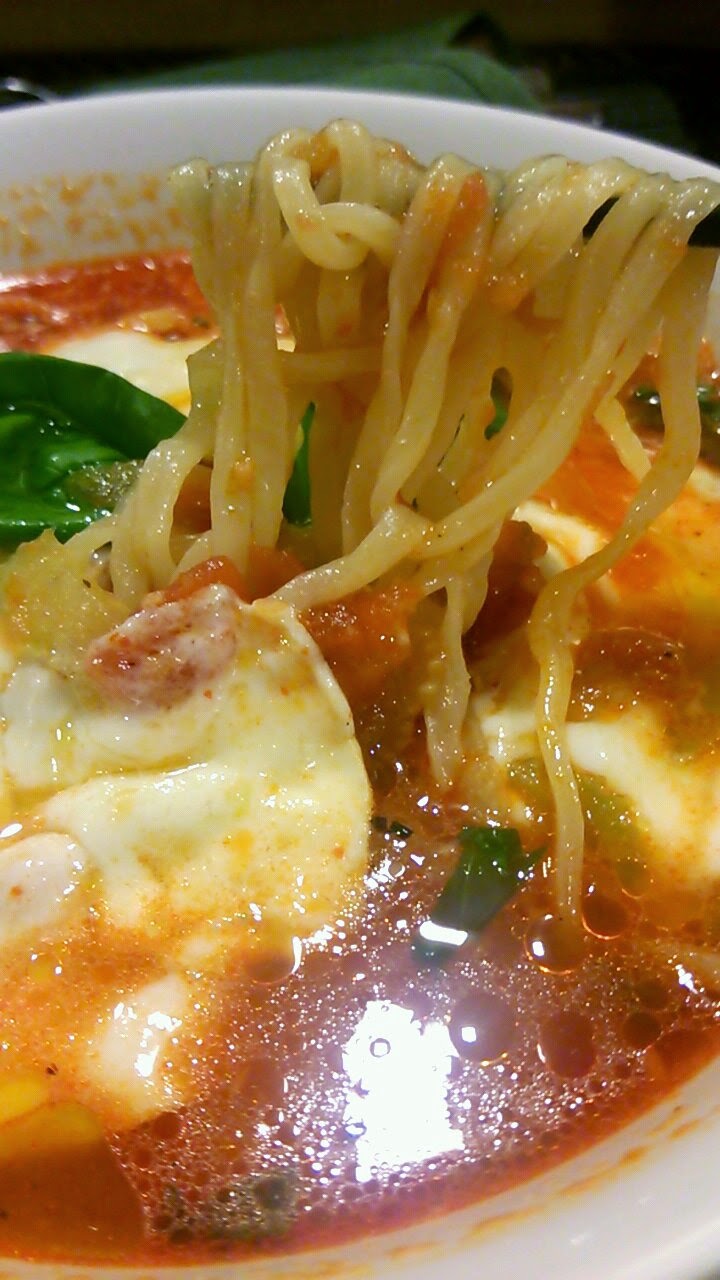 One more thing: does tomato ramen pair well with rayu chili oil? No! It should be tabasco, but alas, only rayu was to be found.

Despite these complaints, many people came into the shop while I was eating, so they seem to be pretty famous in Kichijoji. But, I don't think it can last. Another chain tomato ramen shop called Taiyo no Tomato-men has also opened up in Kichijoji, so the Celery guys need to step up their game.

Lum
Posted by Ramen Love at 3:51 PM No comments:

Thanks for reading, fellow Ramen Lovers!
We'll continue to explore and share the love in the next year.
And hopefully many more to come! 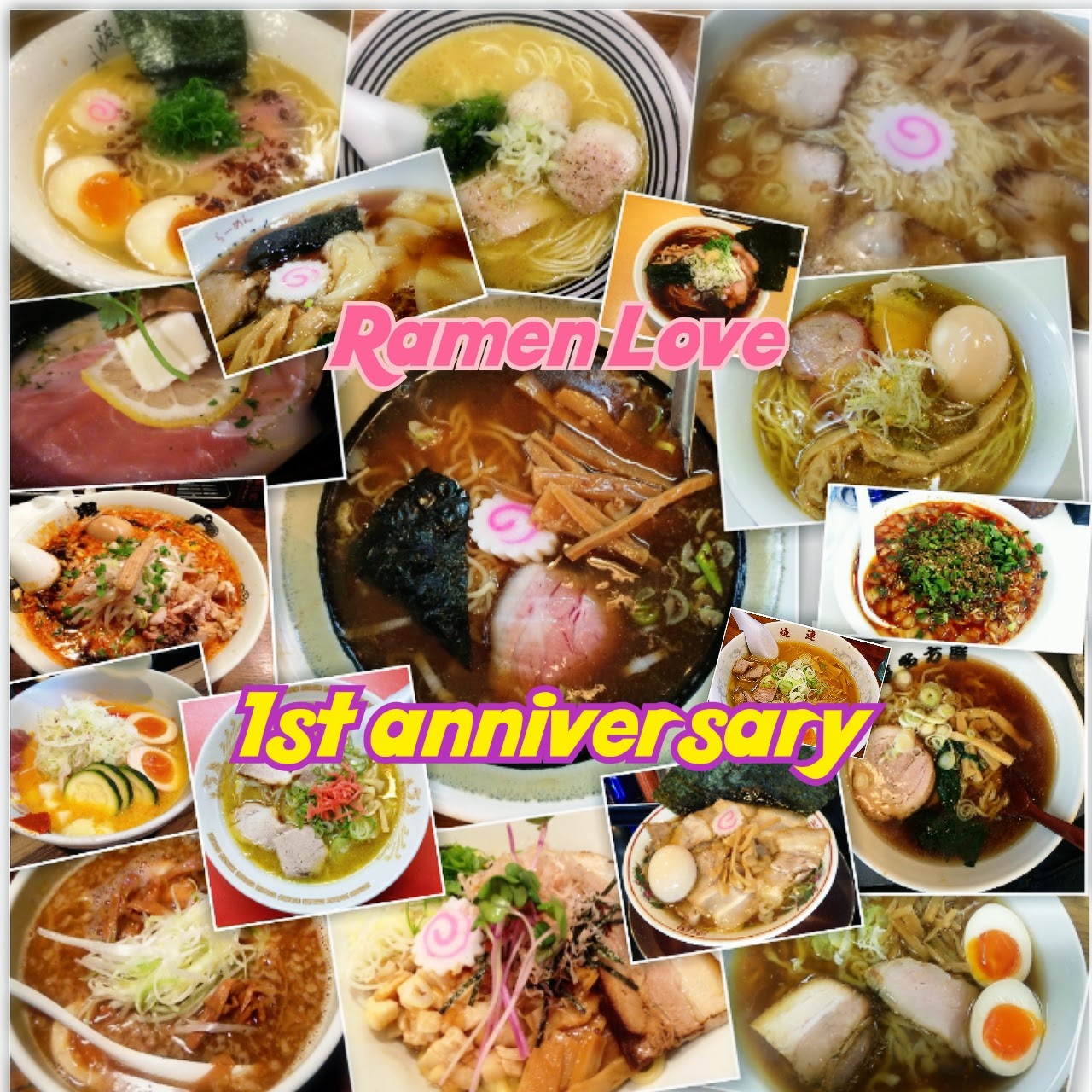 Hearts and Lum
Posted by Ramen Love at 12:58 PM No comments:

Seafood ramen can be hit or miss. Yusaku bills itself as the "real ramen." 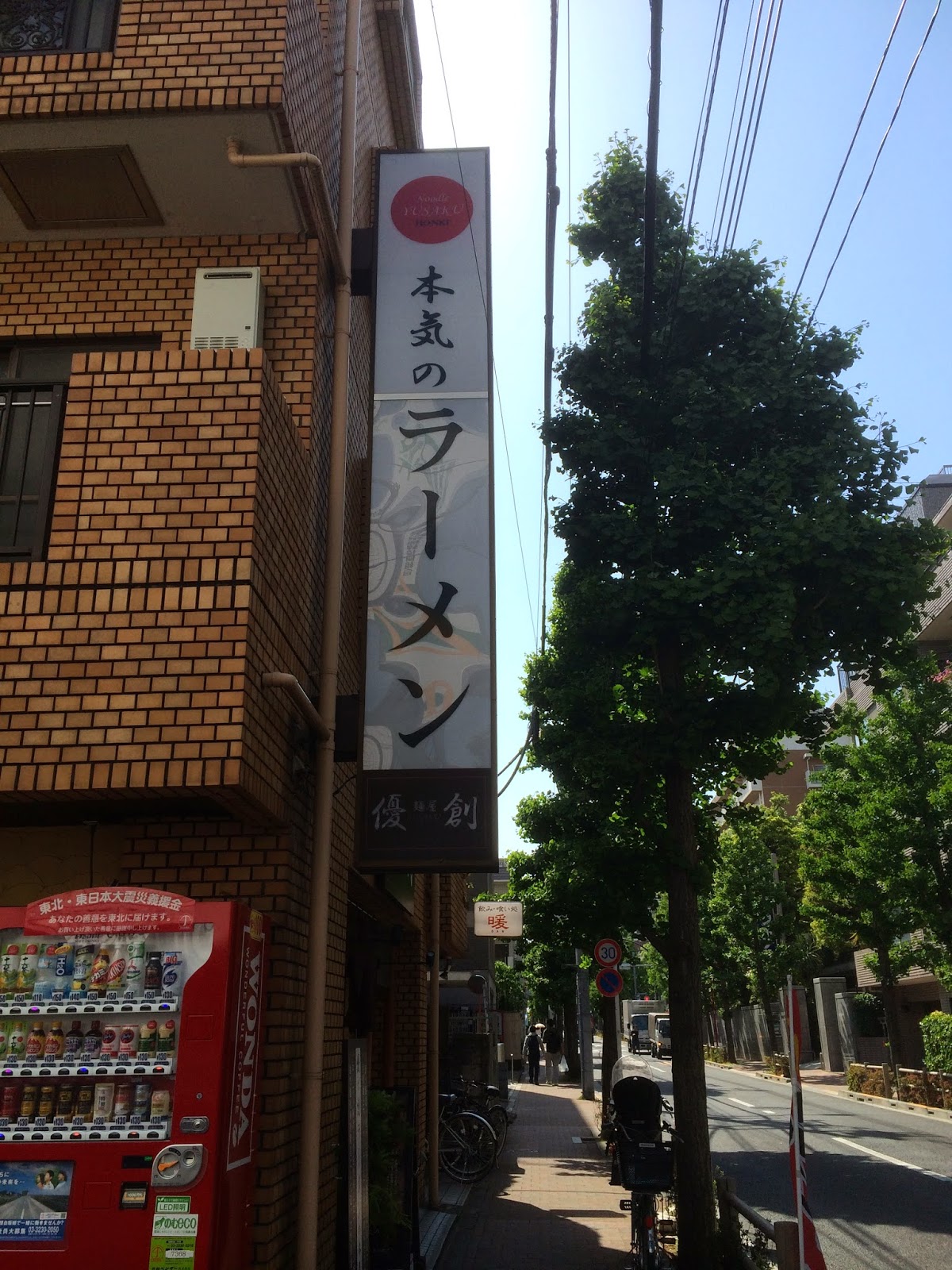 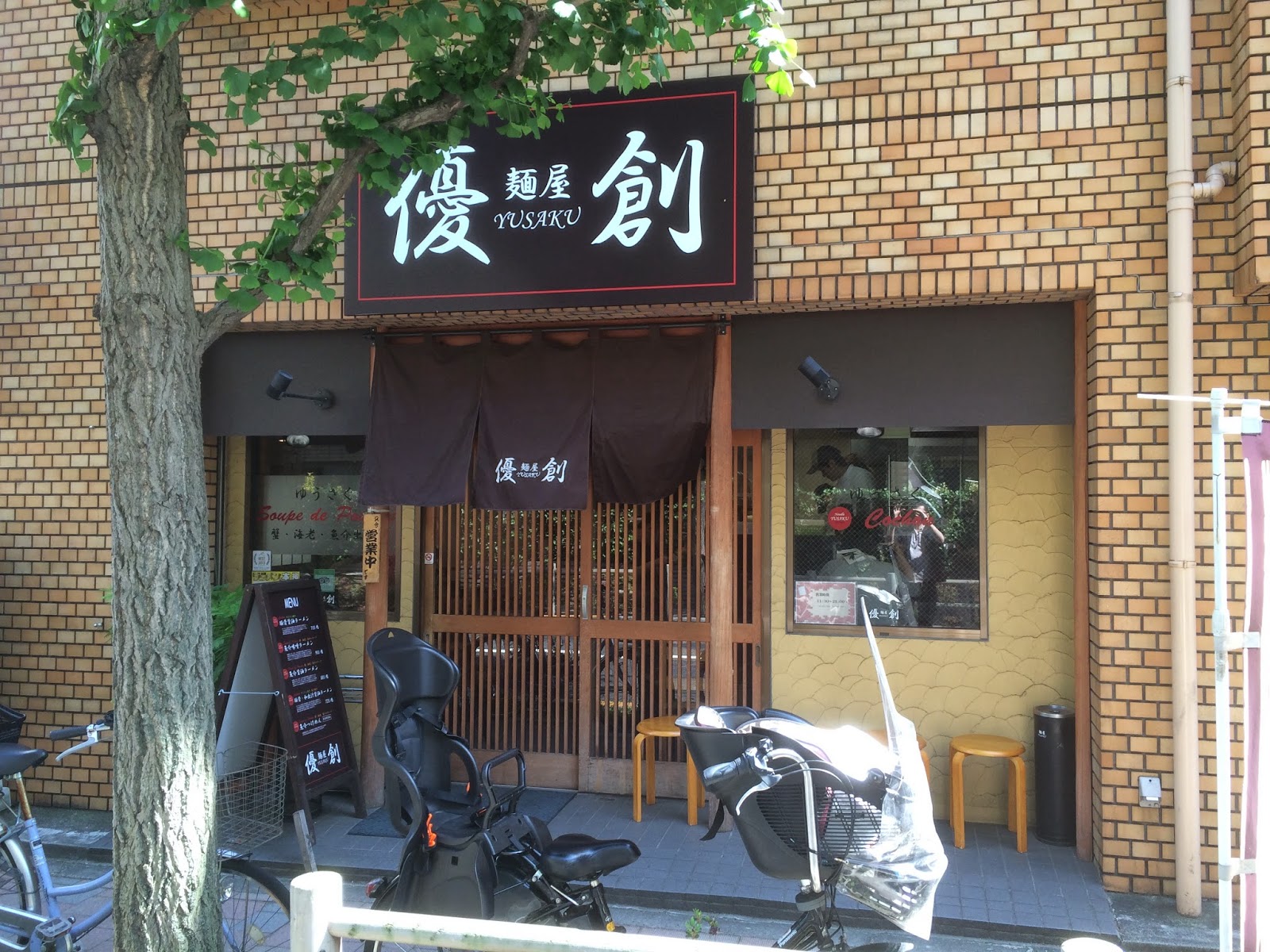 Their claim to fame is a seafood ramen, with a dashi comprised of shrimp, clam, and crab. The seafood bowls come in miso...

The miso is the clear winner here. Rich and creamy essence of the sea, its like eating ramen in a lobster bisque. Those who avoid seafood should avoid this bowl like the fish plague. 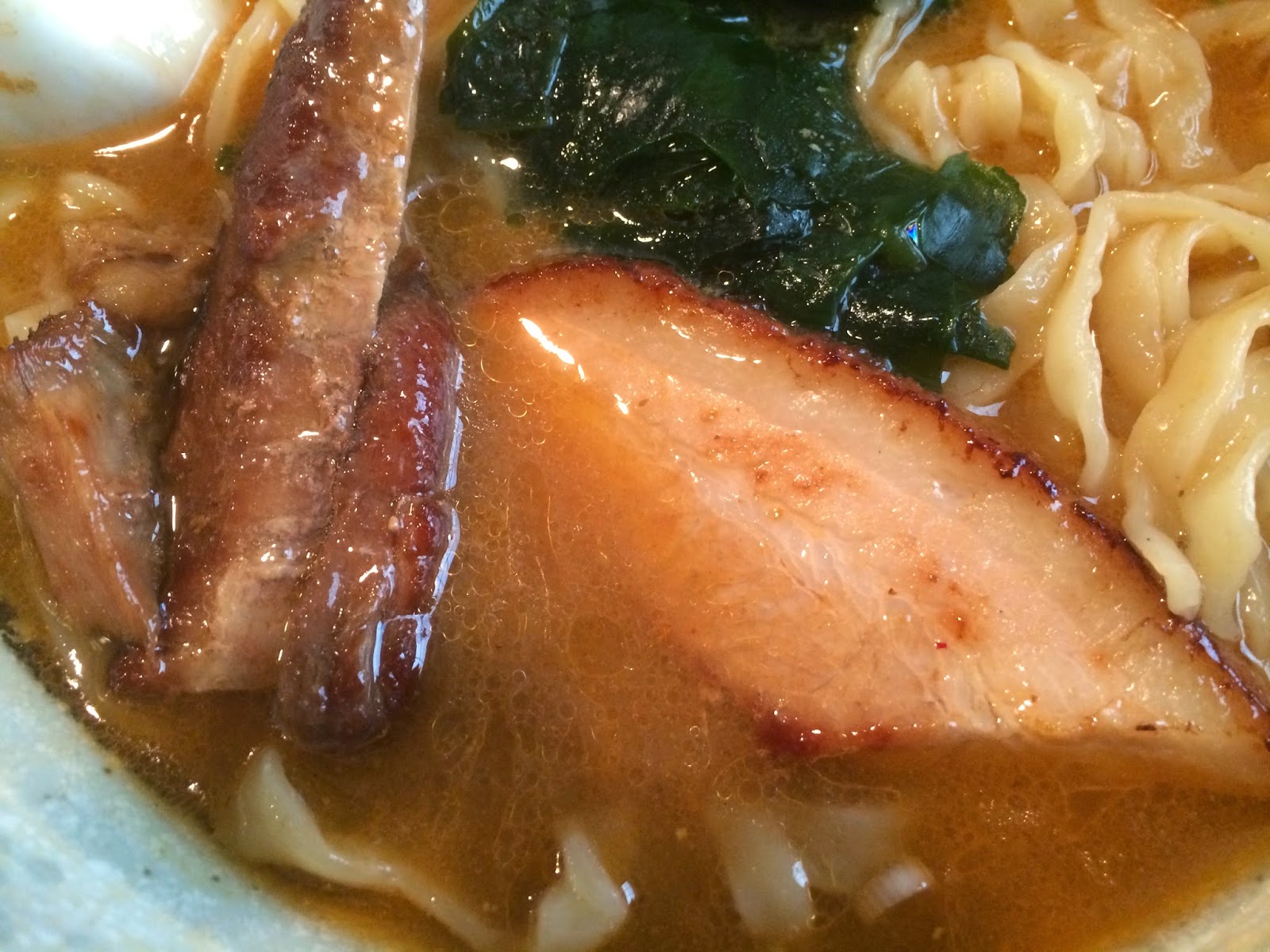 But those with seafood gullets should flock to this bowl. Yusaku uses a special flat noodle for these bowls, which works very, very well. If the soup were a bit thicker, it would be like eating a bowl of Japanese tomato-cream, seafood fettucine. 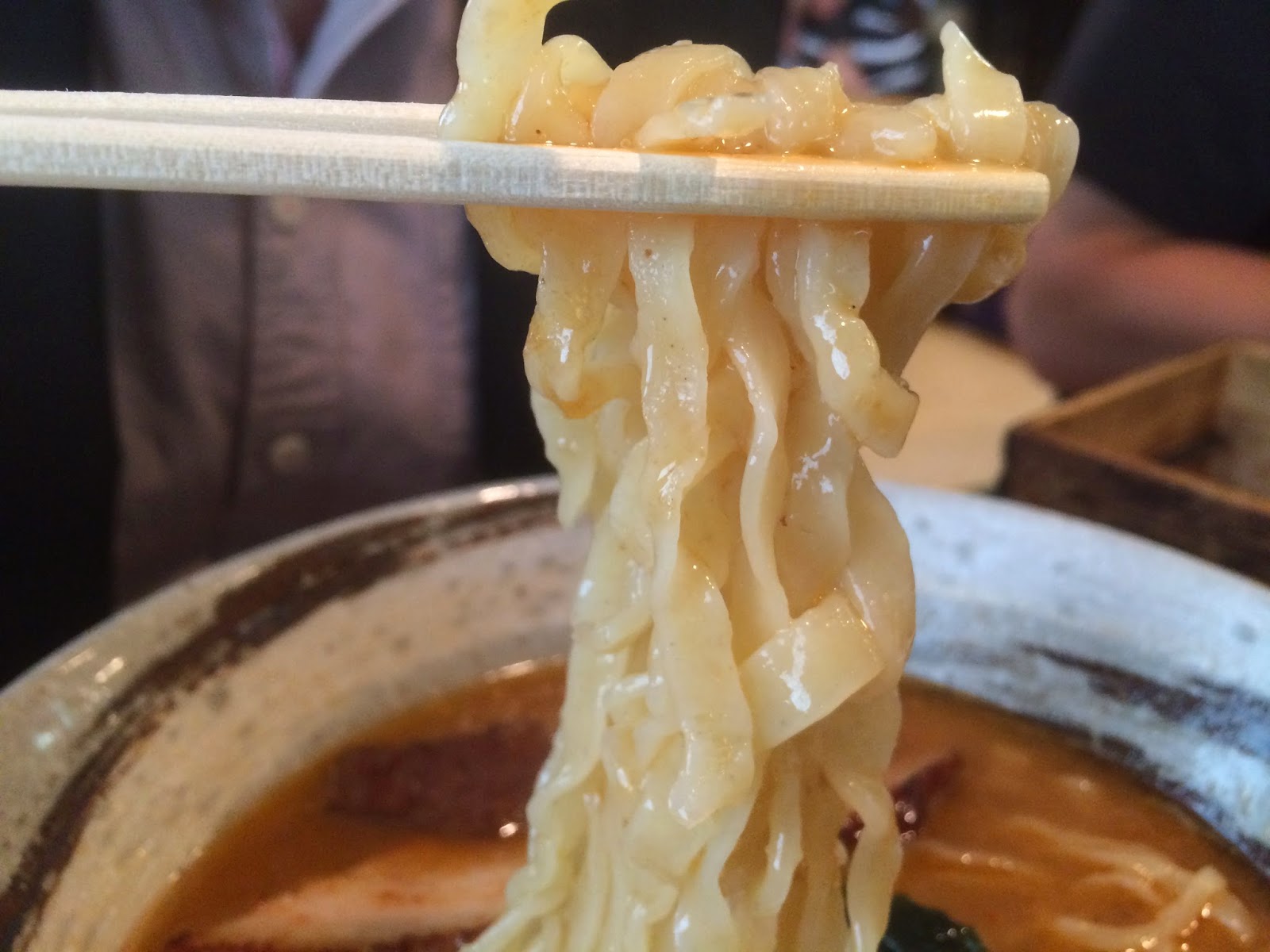 But the clear attractions here are the fish bowls. I only wish there were seafood toppings like whole grilled shrimps and scallops, salmon roe, and king crab legs. 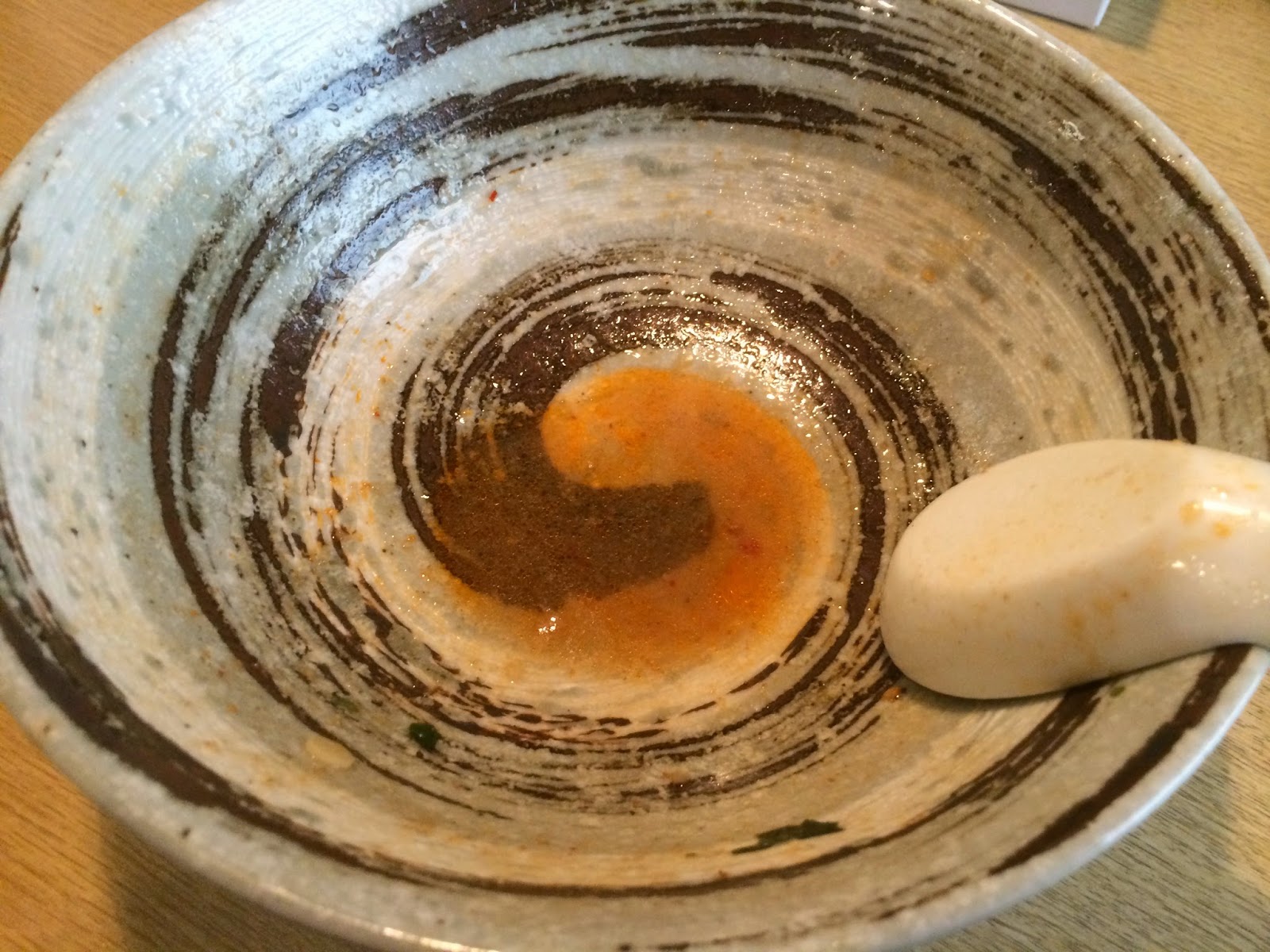 Hearts
Posted by Ramen Love at 6:18 PM No comments:

Hearts and I walk around randomly these days since the weather has been so nice. But this won't last. Winter...I mean, Summer is Coming. 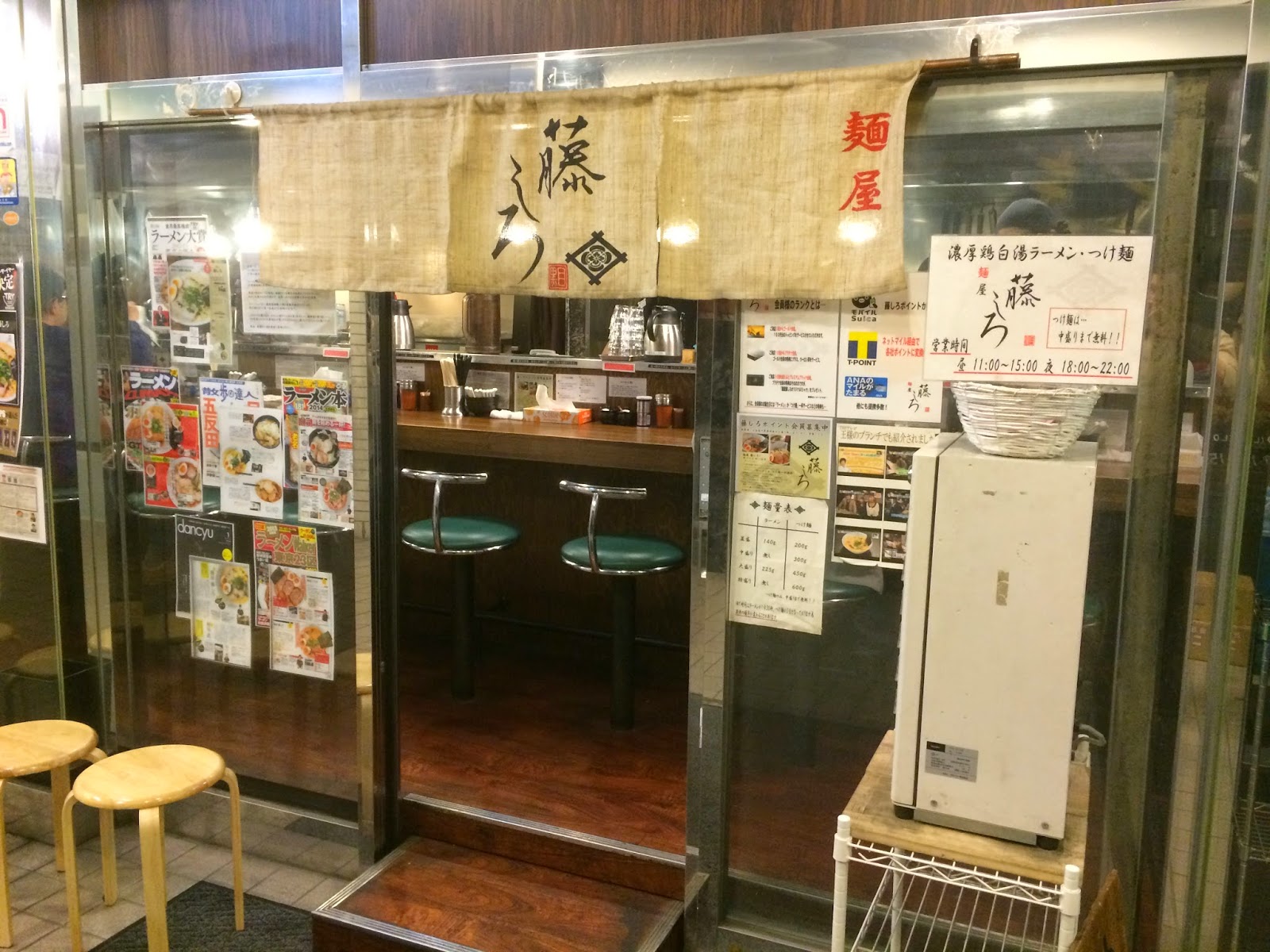 We decided to go to Fujishiro, a new shop that's become famous in the last year for a rich tori paitan ramen. 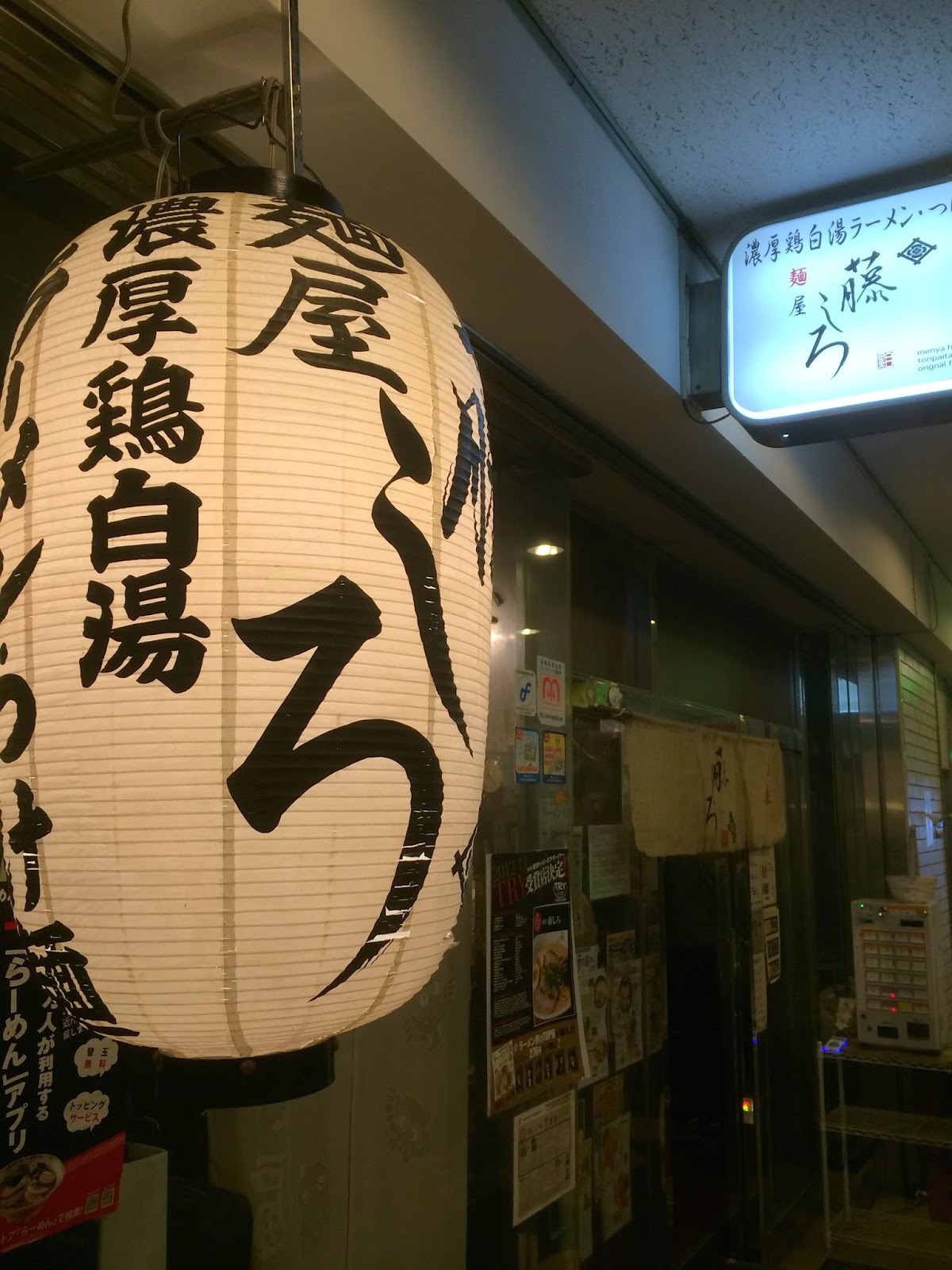 Fujishiro's tori paitan is made from daisen birds, a popular type of fowl raised in the Totorri region. Lots of vegetables are thrown into that pot and everything is mixed up and simmered for over 8 hours. It doesn't taste as cloying as it looks. 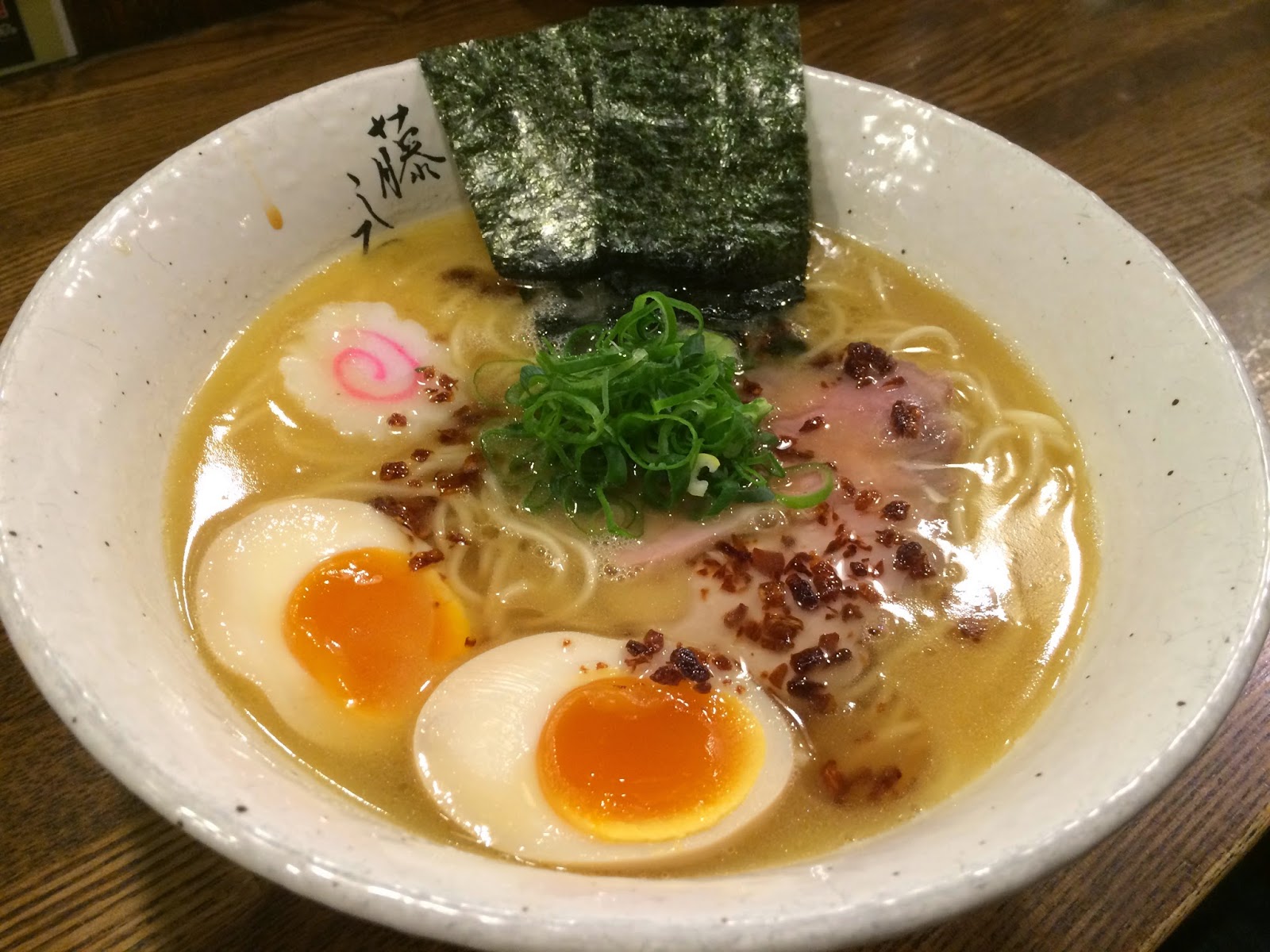 The shop supplies a side of chopped ginger with lemon juice. HIGHLY recommended. We actually finished over half of the jar ourselves. Just an amazing topping that gives the heavy bowl a fresh accent. 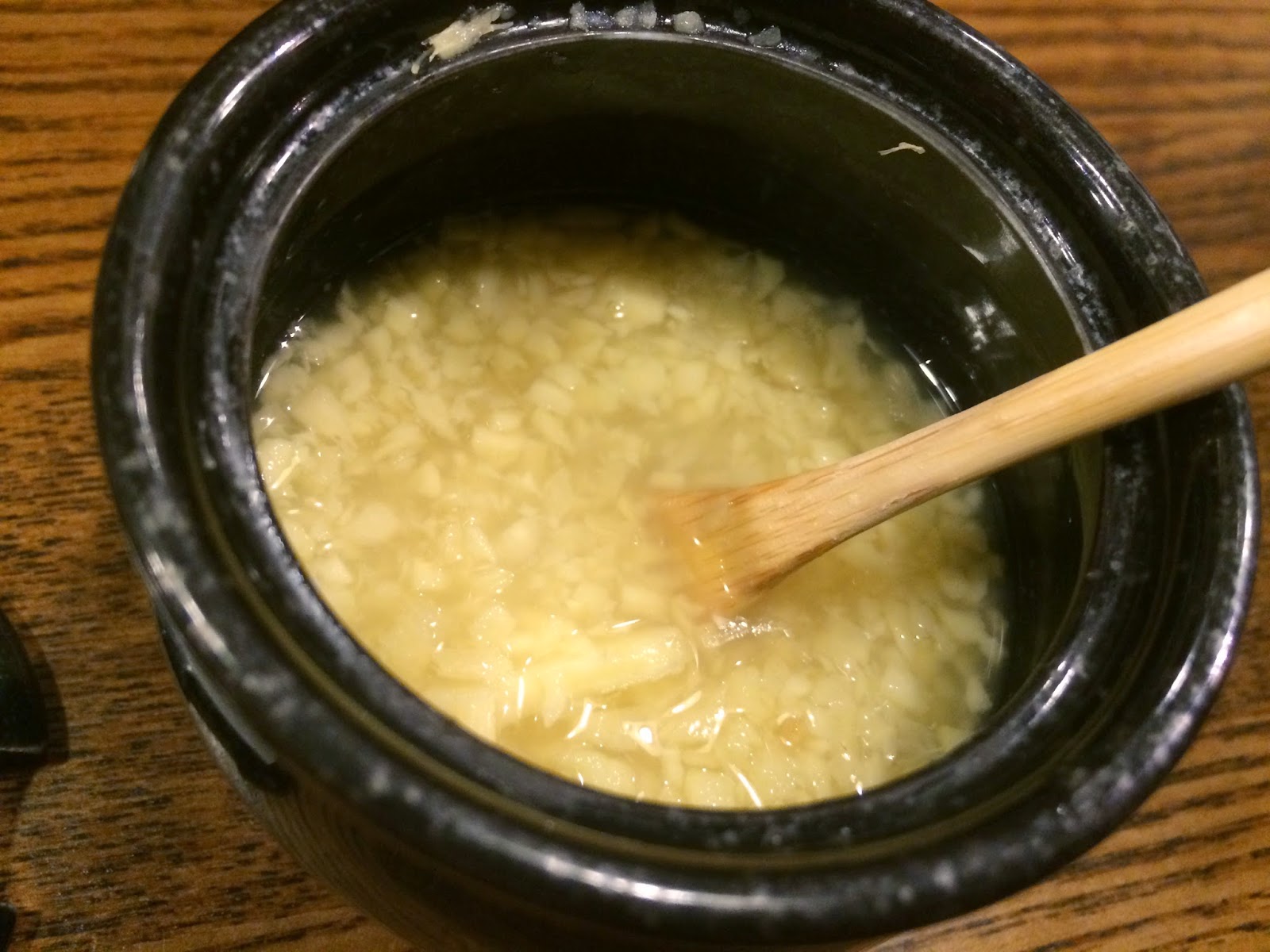 To be honest, I'm not a huge fan of tori paitan because its so thick and it usually smells like rotten chicken corpse, but thanks to this topping, I enjoyed this bowl til the very end. 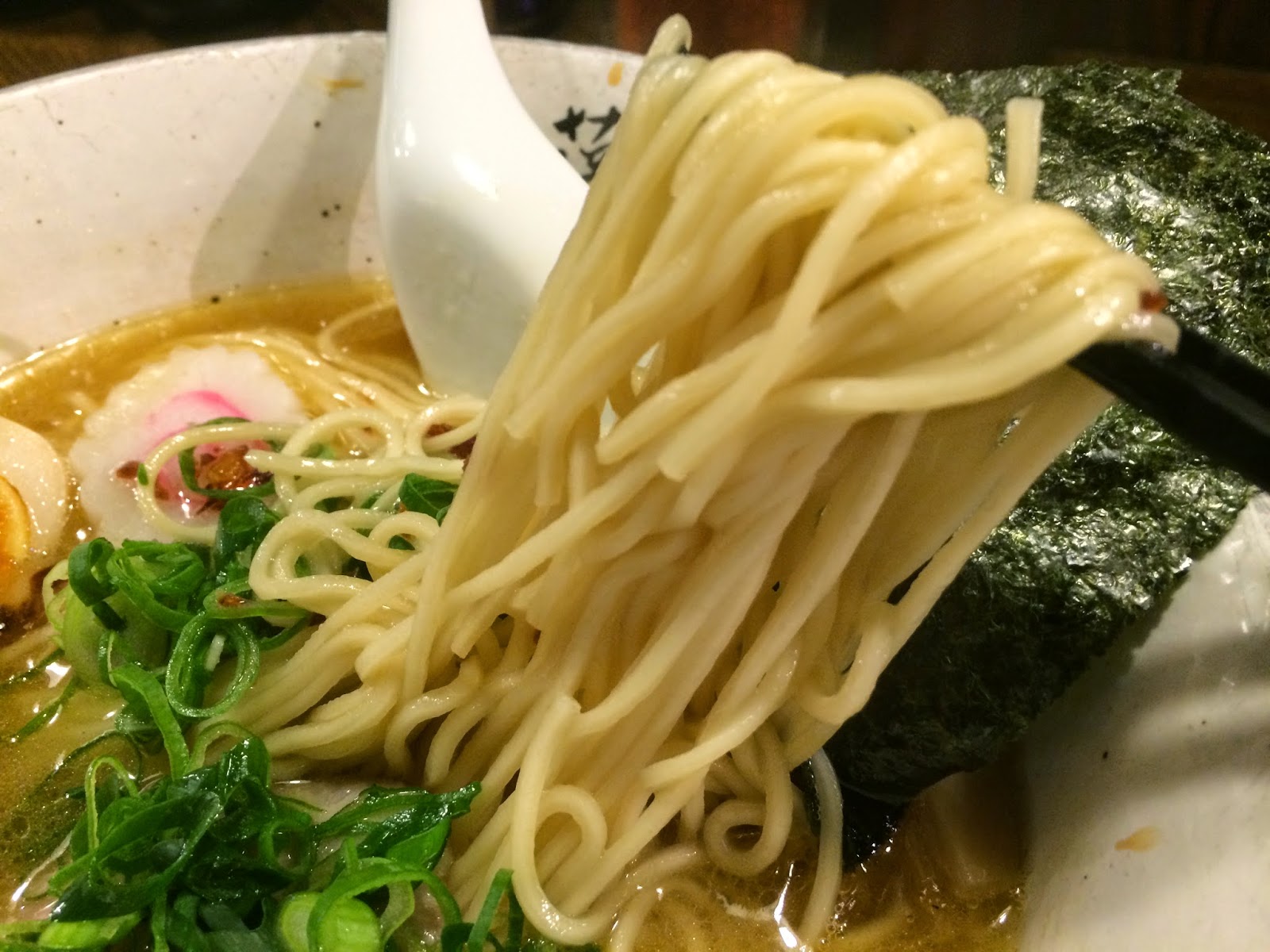 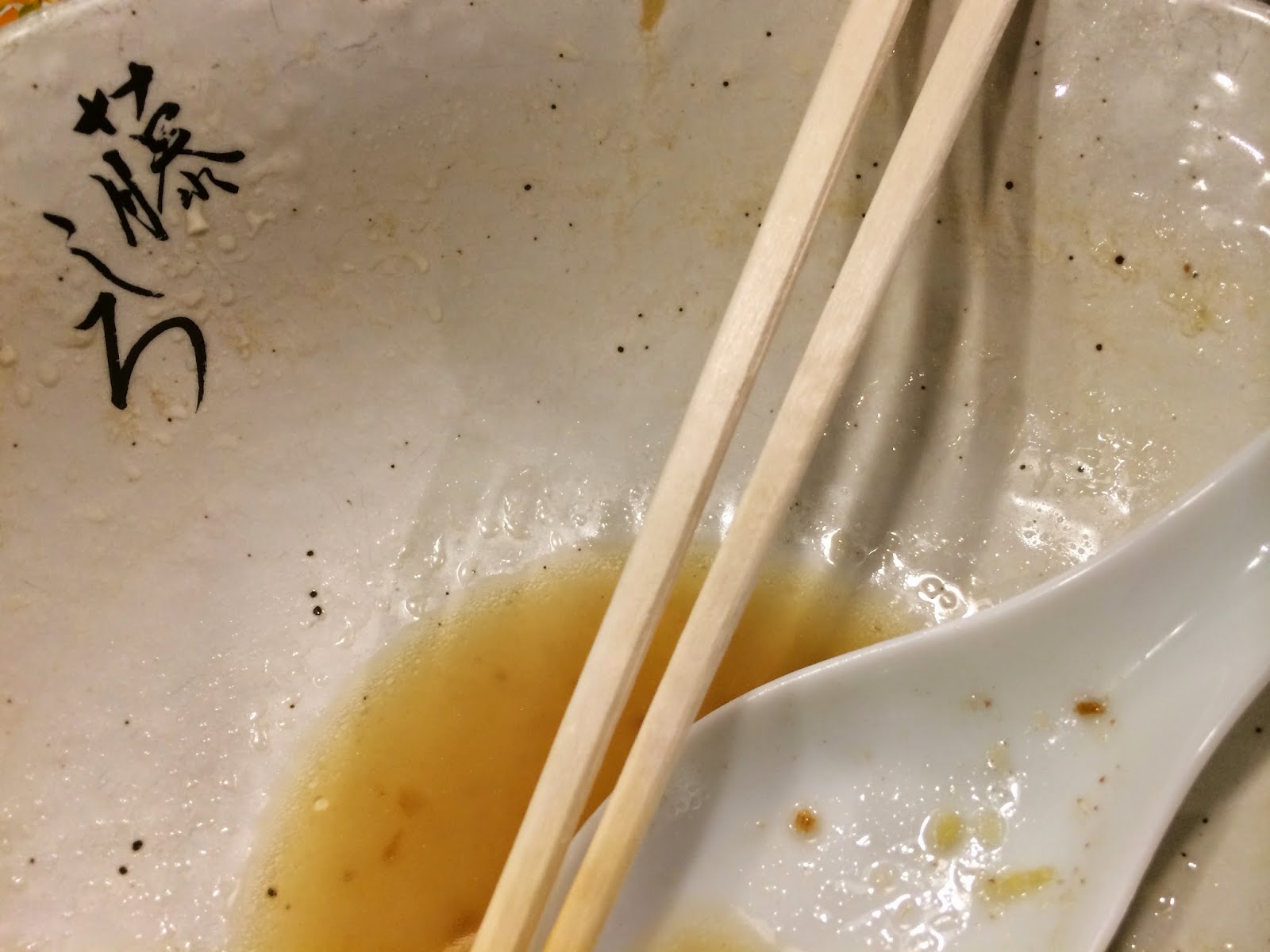