Right after getting off the train at Kichijoji, you can find Enji in under a minute. Many convenience points. 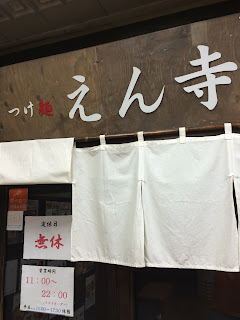 Enji is a precursor of veggie-potage, or "vegepota" style ramen.


Enji uses a tonkotsu gyokai broth and adds a third vegetable soup, giving the sea-pork broth a rich sweetness. Some shops serve only vegepota, but Enji's might be the first and it's addictive! 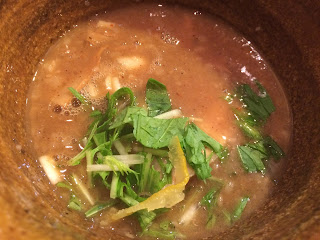 The noodles are of medium thickness and made from a combination of flour and wheat germ, which supposedly contains more minerals and vitamin E than ordinary flour noodles. 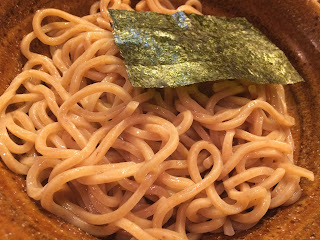 You can see that the color is duller than normal white noodles, which doesn't look as nice next to the soup, but does the job when dipped into the creamy broth. 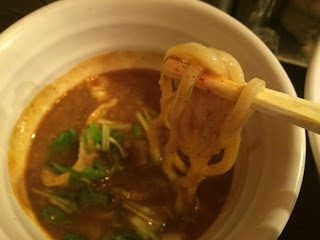 I've gone here many times, but the line seems to grow longer with each successive visit. I'm happy to see that. Kichijoji is my favorite area of Tokyo, and I think it's pretty welcoming to ramen fans.

Basso Drill-Man was so good that we wanted more from the drilling men. We decided to check out more of its chukasoba brethren at the Ikebukuro brother shop, Shinagawa, which specializes in "Japanese soul noodles." 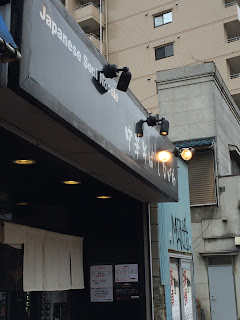 The chukasoba is their main breadwinner (trademark Saint Seiya).


Thin but firm noodles, deep and dark shoyu soup, and fatty chashu is a more refined, but still robust, complement to Drillman. These guys have clearly learned well. 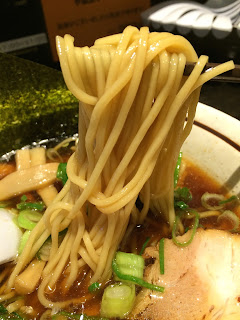 But what might set Shinagawa apart from its aniki is the outstanding niboshi soba.


Umami-rich, laden with lots of seabura pork backfat, and paired with chopped white onions, this bowl is packed with smoky, savory flavor. 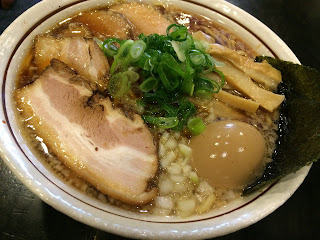 The Basso brand is primed to explode. 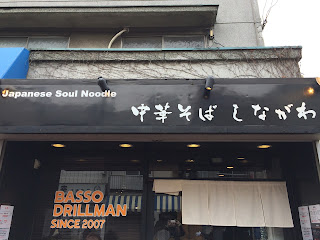 Hearts
Posted by Ramen Love at 1:46 PM No comments:

It's still hot and humid, making it still the season of tsukemen for us. 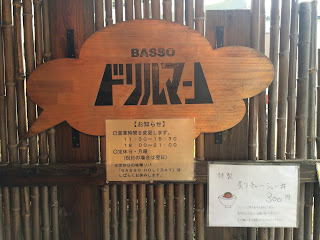 The drill boys at Basso do a good one, with a ramen that will pierce the heavens.


Definitely some influence from Ikebukuro Taishoken, where the owners trained, but with a broth that packs a much stronger punch. 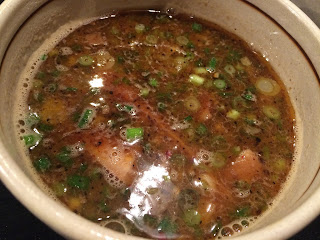 It's still light, however, and pairs well with the fantastic homemade noodles. Very chewy and comes in portions of 200-600g (I settled in-between with 400g). 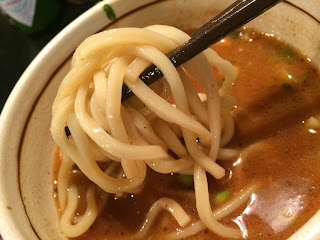 Not to be outdone, the Aburasso is also a nice summer alternative.


There were a surprising amount of young ladies in the shop ordering this. Lots of oil, fat, meat, noodles, and spices, and you can even get a soup wari for it, the first I've ever seen. 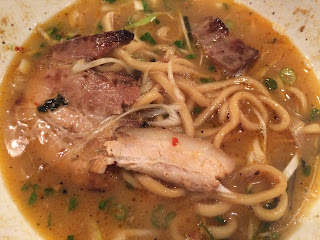 Basso has another branch nearby that serves up more traditional ramen. We'll be there. 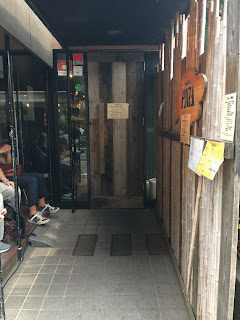