I always crave Eifukucho Taishoken, but because of its large portion, it's not always practical, so sometimes I try to find something similar. Katsuya, not too far from ET, was a nice surprise. 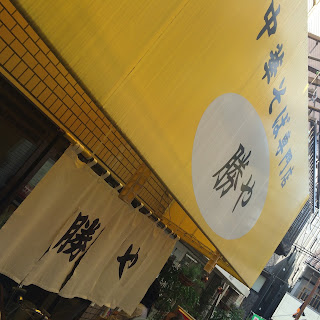 There was a line when we arrived, but it moves fast. Young and old couples, parents and their kids, this seemed like a place loved by the locals for a long time.


Most customers seemed to order a half ramen, half wonton portion ("han-han" in Japanese). Here, the policy is that you can substitute half the noodles for wontons. ALWAYS GET THE WONTONS. 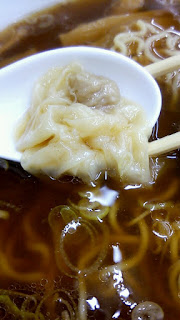 The staff is comprised of a married couple, serving ramen silently but professionally. Their passion came through when we were watching them make one bowl in particular. The wife cracked the raw egg yolk that comes as a topping, and threw the entire bowl down the drain. Mottainai! If I were waiting for that ramen, I wouldn't care about a cracked egg. After the mishap, they continued to make perfectly crafted bowls quietly and efficiently. 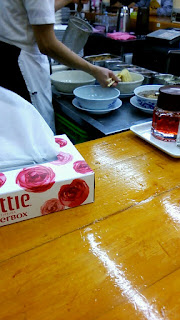 The flavor is like a milder version of ET. 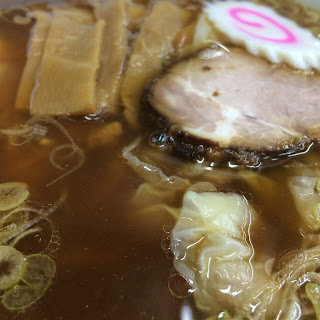 I really like the ability to get a smaller portion with wontons, as opposed to the mountain of food at ET, and the price is also quite a bit more reasonable. 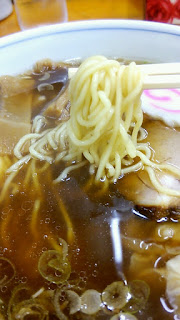 If you're an ET fan, you'll want to try Katsuya.

Several shops in the Sangenjaya/Ikejiri-Ohashi area were closed for a holiday, but Mogi was open. 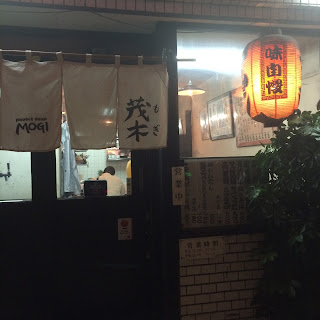 Smoky and dingy inside, with every bowl slowly and painstakingly put together by a single master, this shop was a nice surprise. Mogi serves up a light tonkotsu-gyokai. Everyone was ordering wontons, so we did too. This is, without a doubt, the smartest thing you can do at Mogi.


For a couple extra bucks, you get a heaping mound of thick-skinned wonton filled with juicy minced meat. If a shop serves up a wonton option, always go with the wontons. Always. 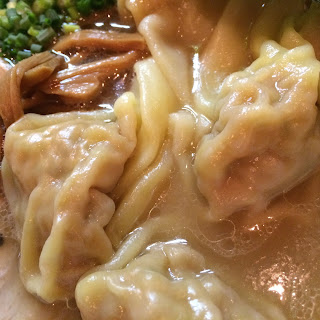 The light and chewy noodles are the perfect foil for the large wonton because they not only soak up the soup, but pick up a good amount of the finely chopped scallions. 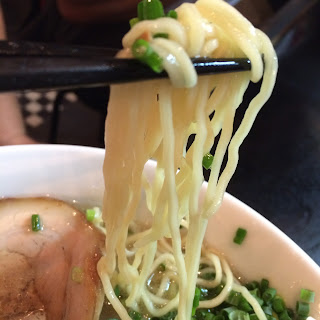 A fine old-school shop that serves up a hearty bowl in a ramen diner setting. 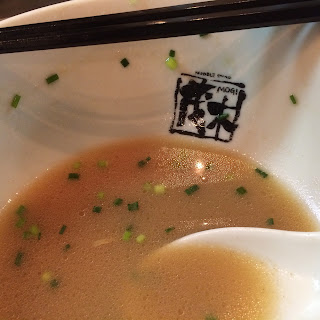 Rain on my days off normally makes me sad, but today a special bowl blew away the blues. Even though it was pouring in Akihabara, a line of over a dozen people had formed in front of this special shop. Kuroki has gotten kudos from just about every major ramen publication. It's a small place, but the line moved faster than expected. 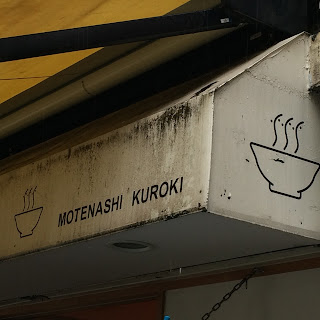 
...and shio with wontons for Hearts.


When I ordered the miso, the staff took the time to explain that the bowl is normally too rich for most female customers and wanted to make sure that was what I wanted. I guess some foreigners might feel the staff is being intrusive, but this concern is actually a sign of consideration for the customer. It's a good example of omotenashi, the Japanese word for "hospitality," where the staff goes above and beyond to make you feel like you are being cared for.

The miso looks heavy and rich, and it's thick like potage, but the broth was balanced by lots of vegetables, some special tart sauce, and thick, flavorful noodles. This might be "ramen for men," but I'll be craving it in the cold of winter. 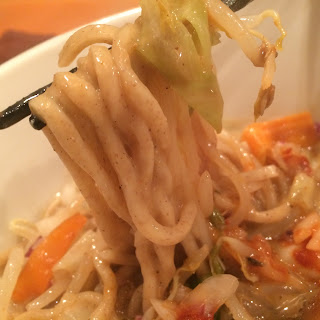 The shio, however, was even more surprising. One bite in, I tasted the strong flavor of the dashi, comprised of a half dozen different types of salt and lots of seafood stock. More than any bowl I've had, this shio tasted rich but delicate, like the sort of umami-laden broth you might be served in a kaiseki meal at an expensive Japanese ryokan. Everything else in the bowl is of the highest quality, from the hand-made noodles to the flavorful chashu to the crisp menma to the juicy wontons (always get the wontons). Hearts said this was one of the best two or three bowls of shio ramen he's ever had, and I'm inclined to agree. 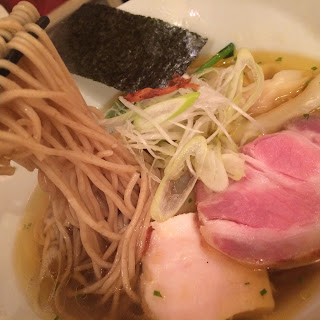 Kuroki has some interesting side dishes and a Friday-only duck soba. They deserve all the awards, and probably a few more, though let's keep Michelin and it's star system away. We don't want the lines at this place getting any longer.

Lum
Posted by Ramen Love at 2:21 PM No comments: