From one mad scientist to another... 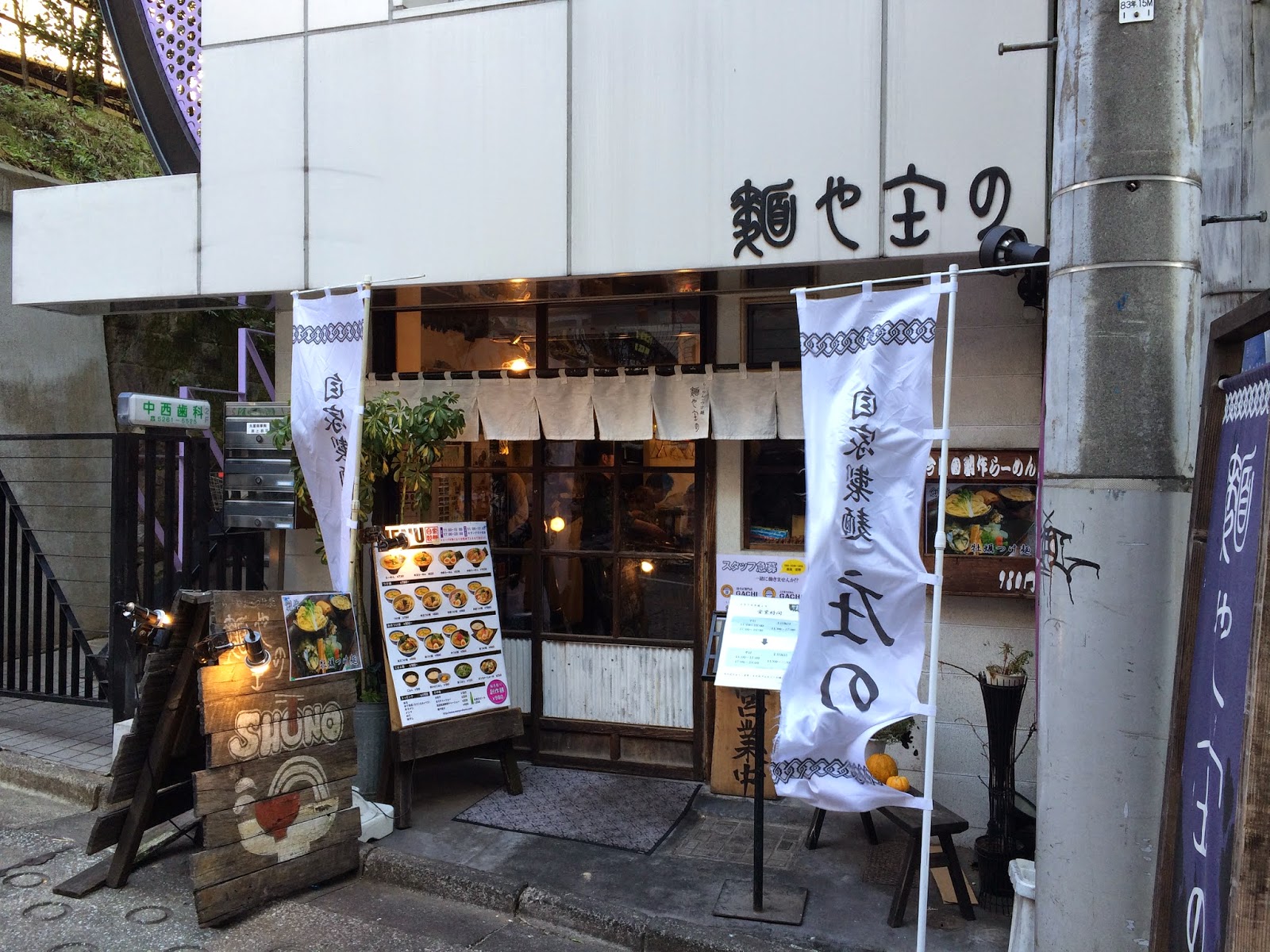 Shono-san's shops are legendary and legion. We've already been to his tsukemen shop, 2-Chome GACHI and his abura soba shop, also GACHI Abura Soba. For the first new shop of the year, we introduce Shono-san's original shop in Ichigaya. Shono dubs himself a "ramen creator," and his bowls are always coming and going at the whims of their creator's restless mind. 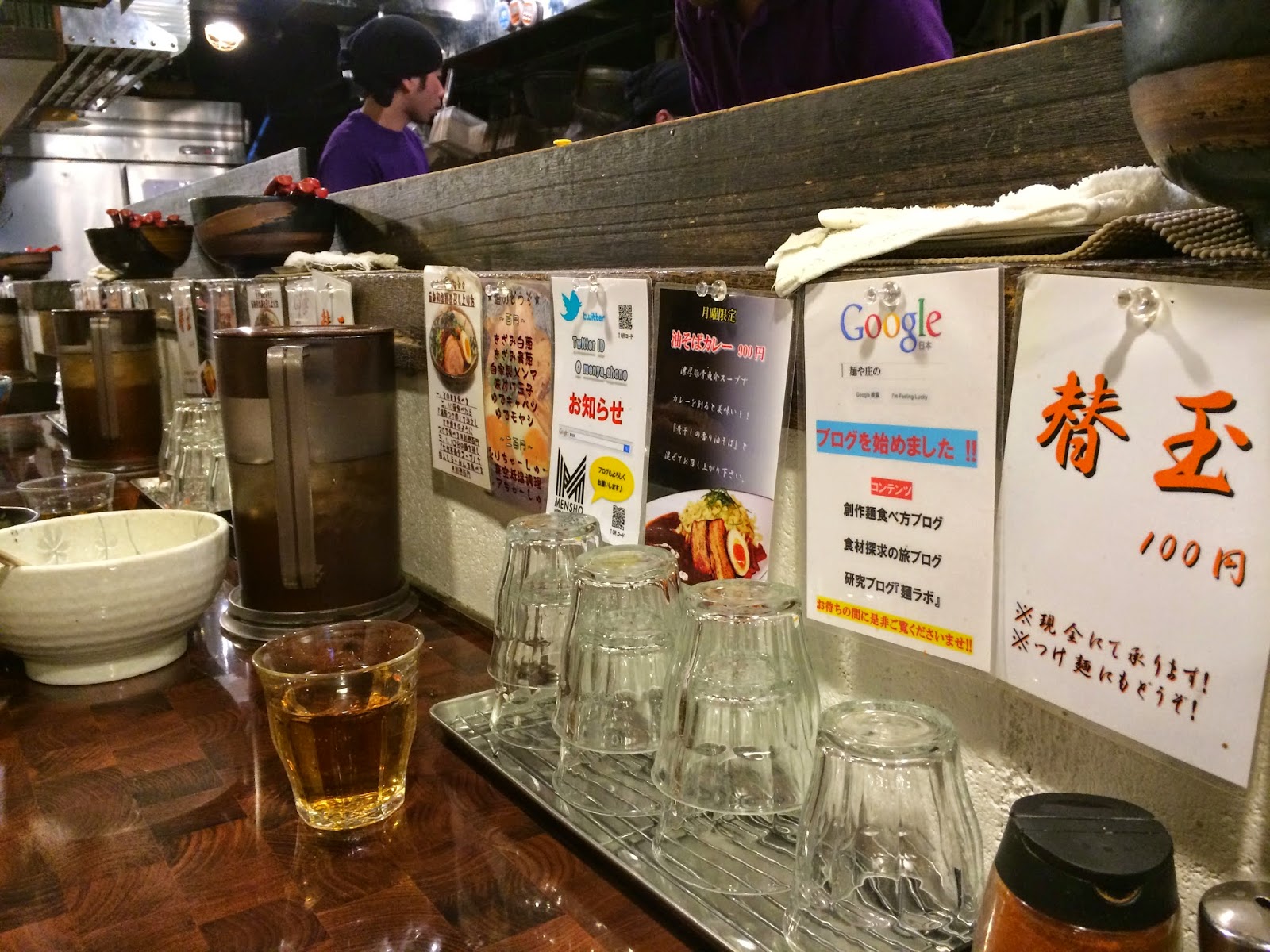 Shono's original ramen is a tonkotsu-gyokai blend, soaked in pork bones over two days, that is a very porky rendition of the ubiquitous bowl. 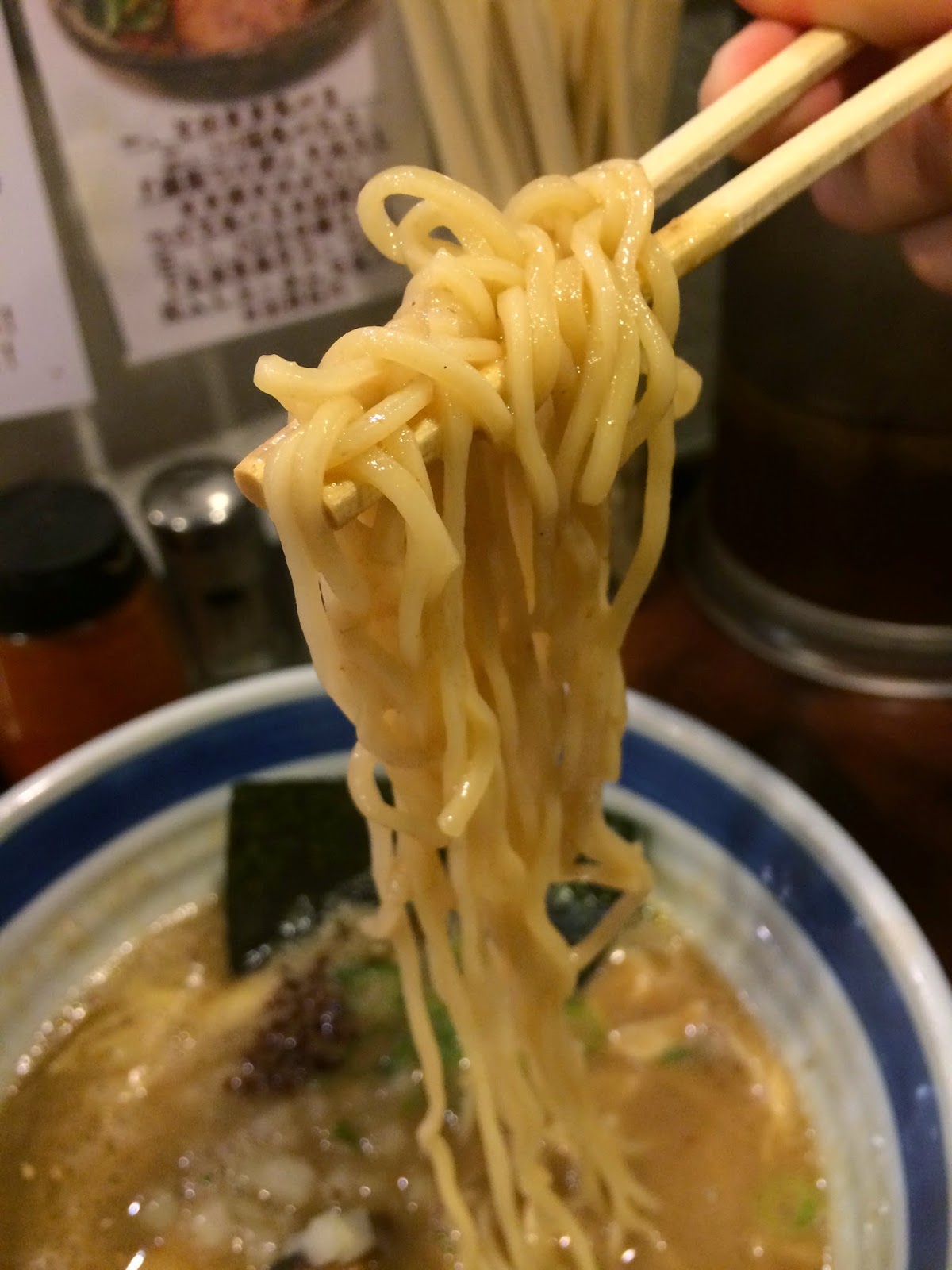 It's a solid bowl, but Shono is known for his wild, limited-edition creations. Here's a sampling of some of the stuff that Shono has offered in the past.

First up, one of his menu's staples, the kamatama tsukemen.


A fusion of abura soba and tsukemen, this is an extremely filling bowl that's now offered only in the summer. You mix the noodles with all the toppings - chashu, niboshi, green onions, raw egg, fried noodles - and have a few bites before dipping it in the broth.

Next up, the salmon tsukemen.


A rich blend of salmon paste and tonkotsu pork broth, this is heartier than it looks, but the combination is terrific, giving the usual tonkotsu-gyokai mix a sharper, smokier flavor. 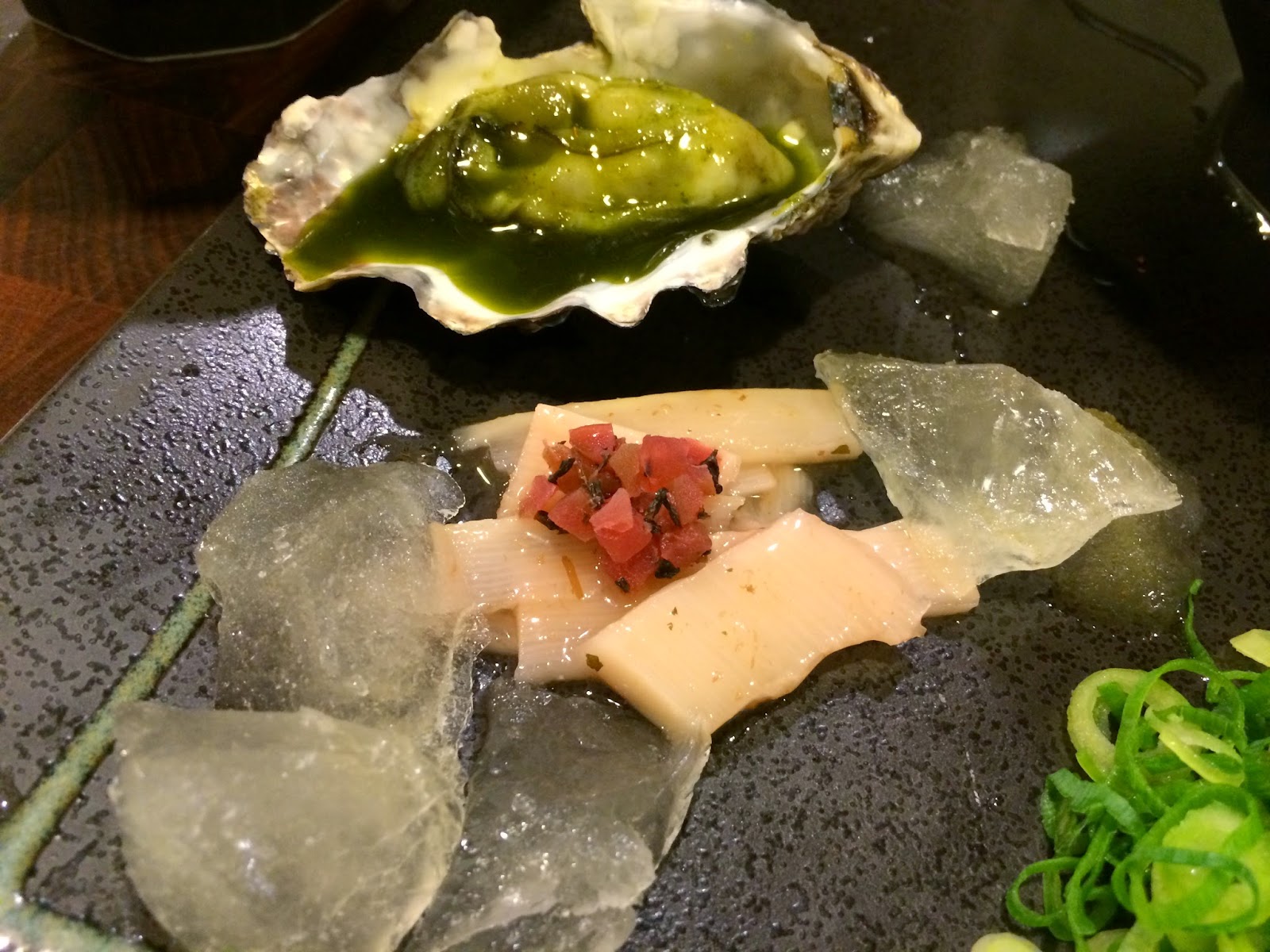 This year, Shono has brought back his super-hyped foie gras bowl: a broth that blends rich fois gras paste with a tori paitan chicken stock, and topped with several generous slices of foie gras, extra foie gras oil, and some ume grated daikon for a refreshing kick. As usual, it has an exquisite attention to design and color.


The noodles are thick and al dente, chewier than his usual ramen or tsukemen, almost like an Italian pasta in texture. 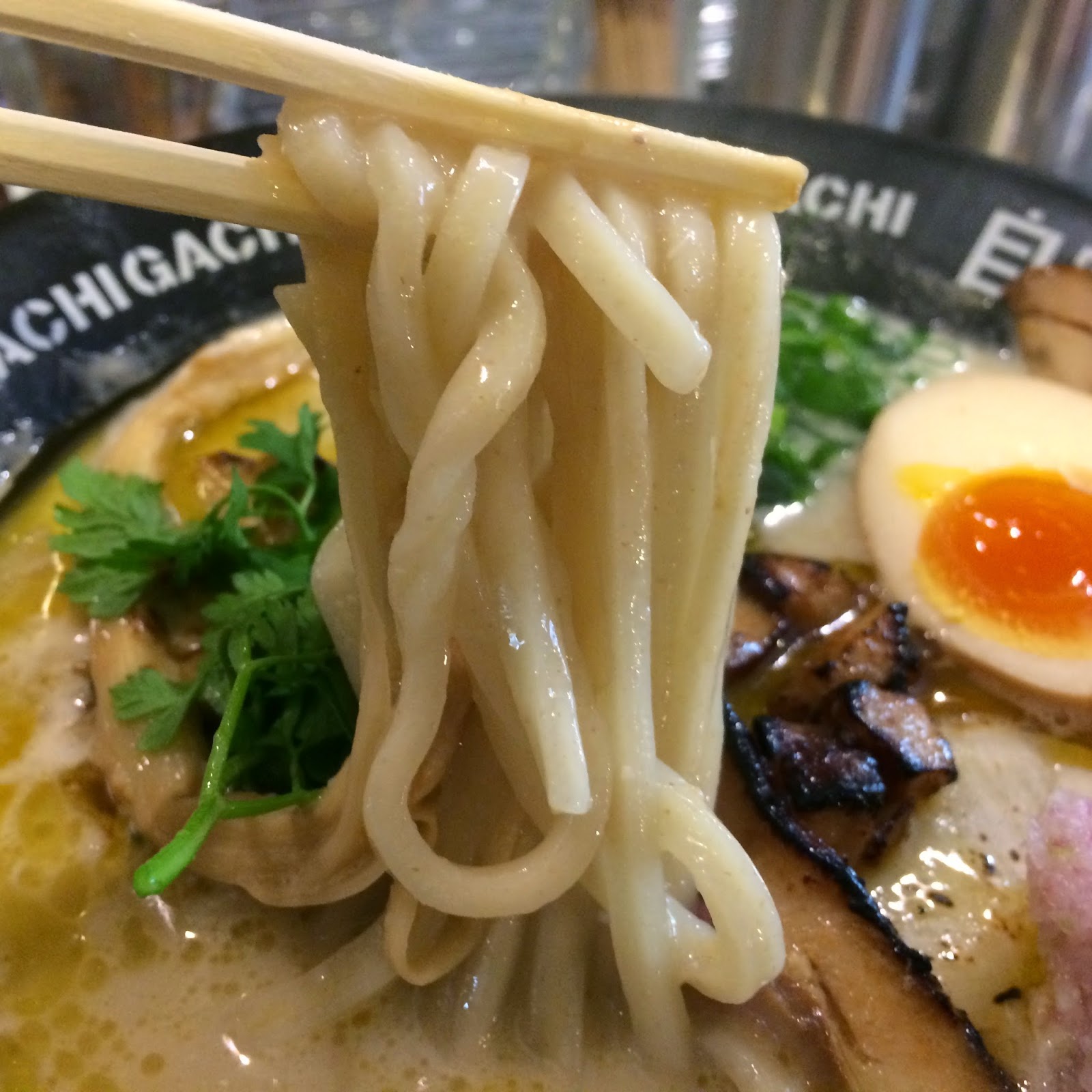 This is one of the richest bowls I've ever had. By the end of the bowl, I felt like I had downed 2000 calories. Due to extensive popularity, Shono-san is putting this bowl out until the end of January. You can only get it at his gotsubo branch, but get there early as it's limited to just 20 bowls a day. 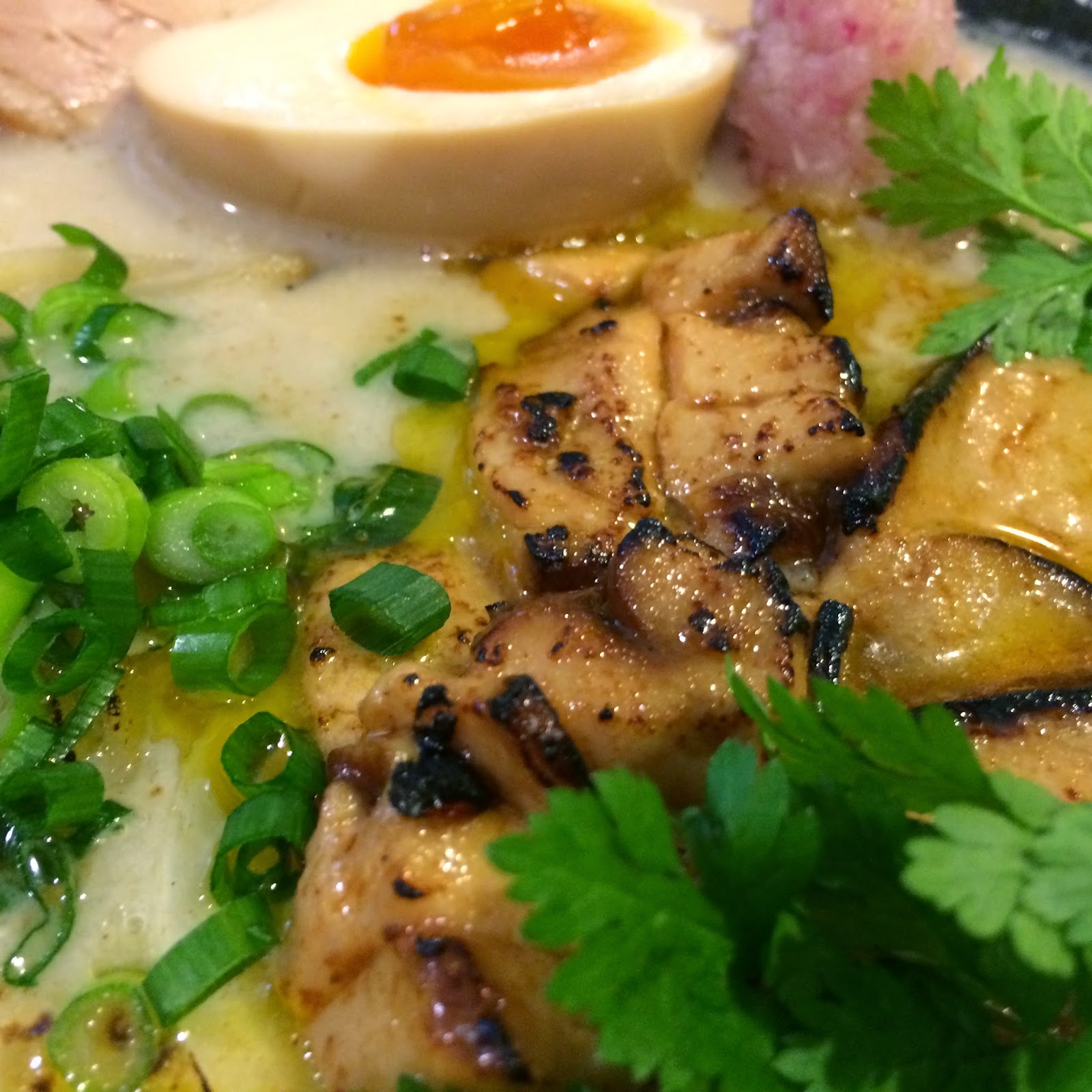 Shono-san's bowls are delicious, but also works of art in and of themselves. In a world of ramen derivation, Shono-san is truly a singular genius.

Hearts
Posted by Ramen Love at 2:27 PM No comments:

For our 100th post, and first post of 2015, we wanted to do something special. Most people know about the Shin-Yokohama Ramen Museum, but don't know about a second ramen museum located not too far away: the Nissin Cup Noodles Museum. 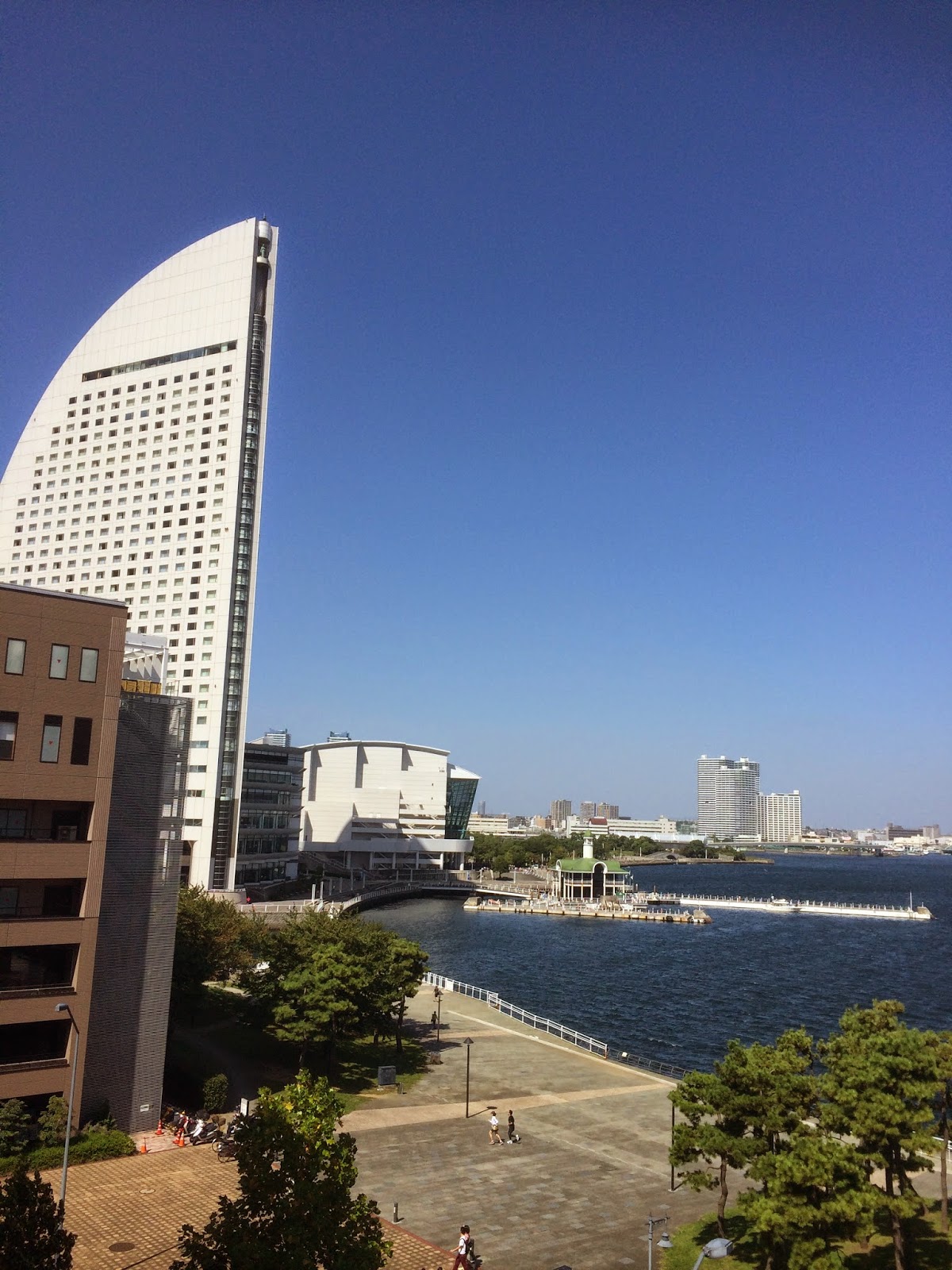 Nissin is the biggest instant noodle company in the world, and there are many exhibitions to see or learn about the history of instant ramen and its pioneering inventor, Momofuku Ando. When you walk into the lobby area (yes, there's a lobby), you're greeted by a giant paper mache version of a Nissin Cup Noodles. Even the nutritional facts are recreated! 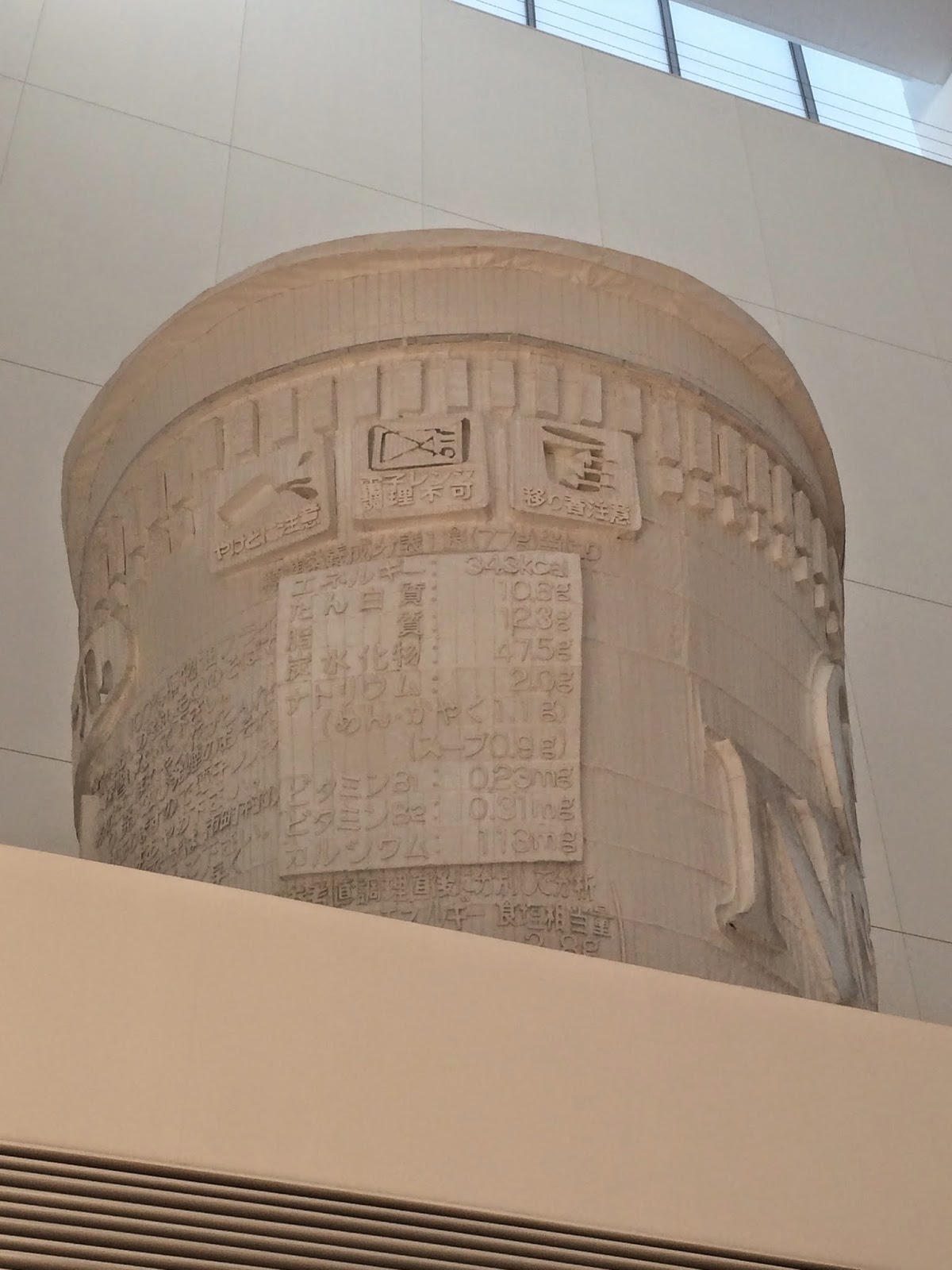 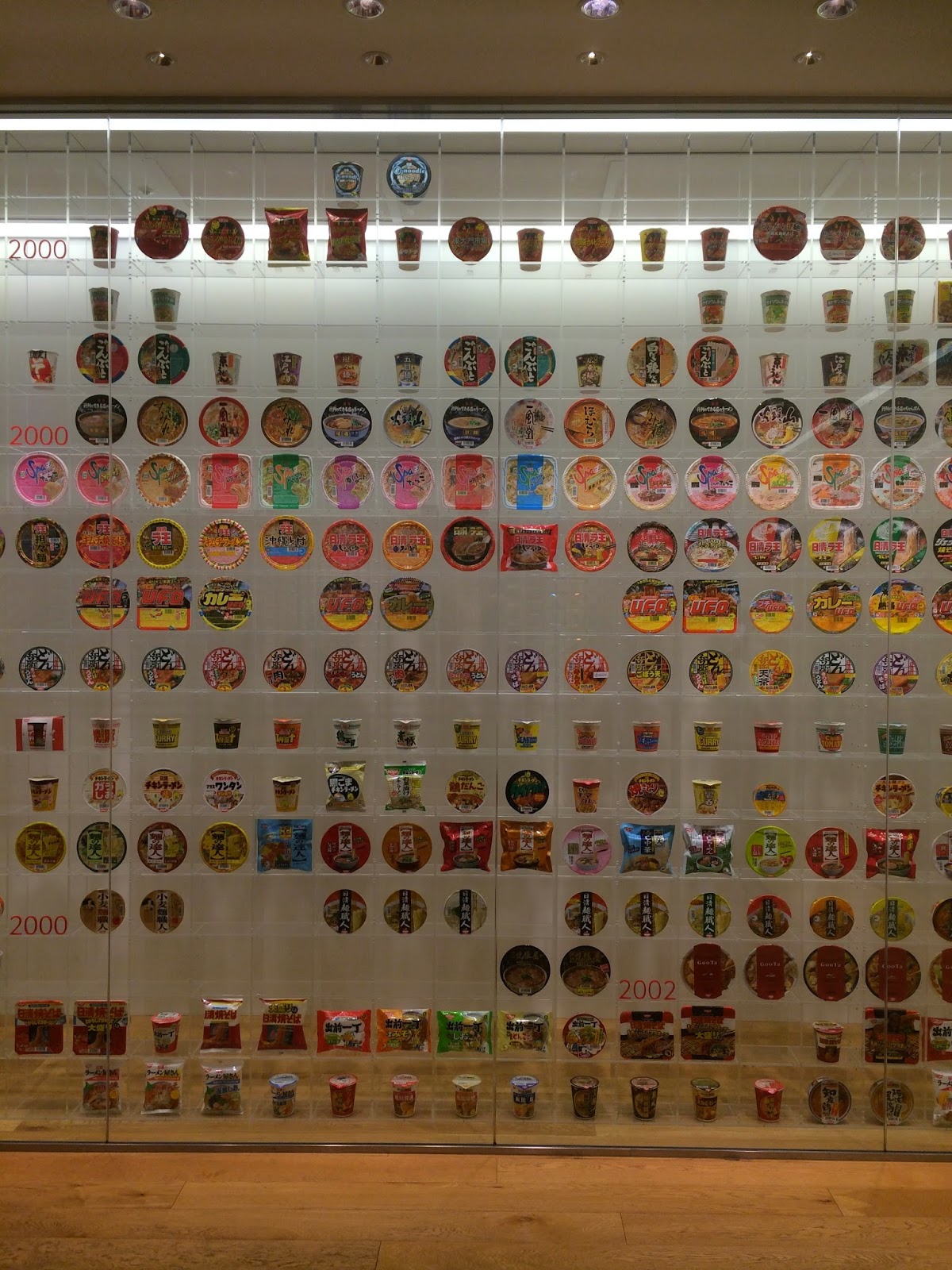 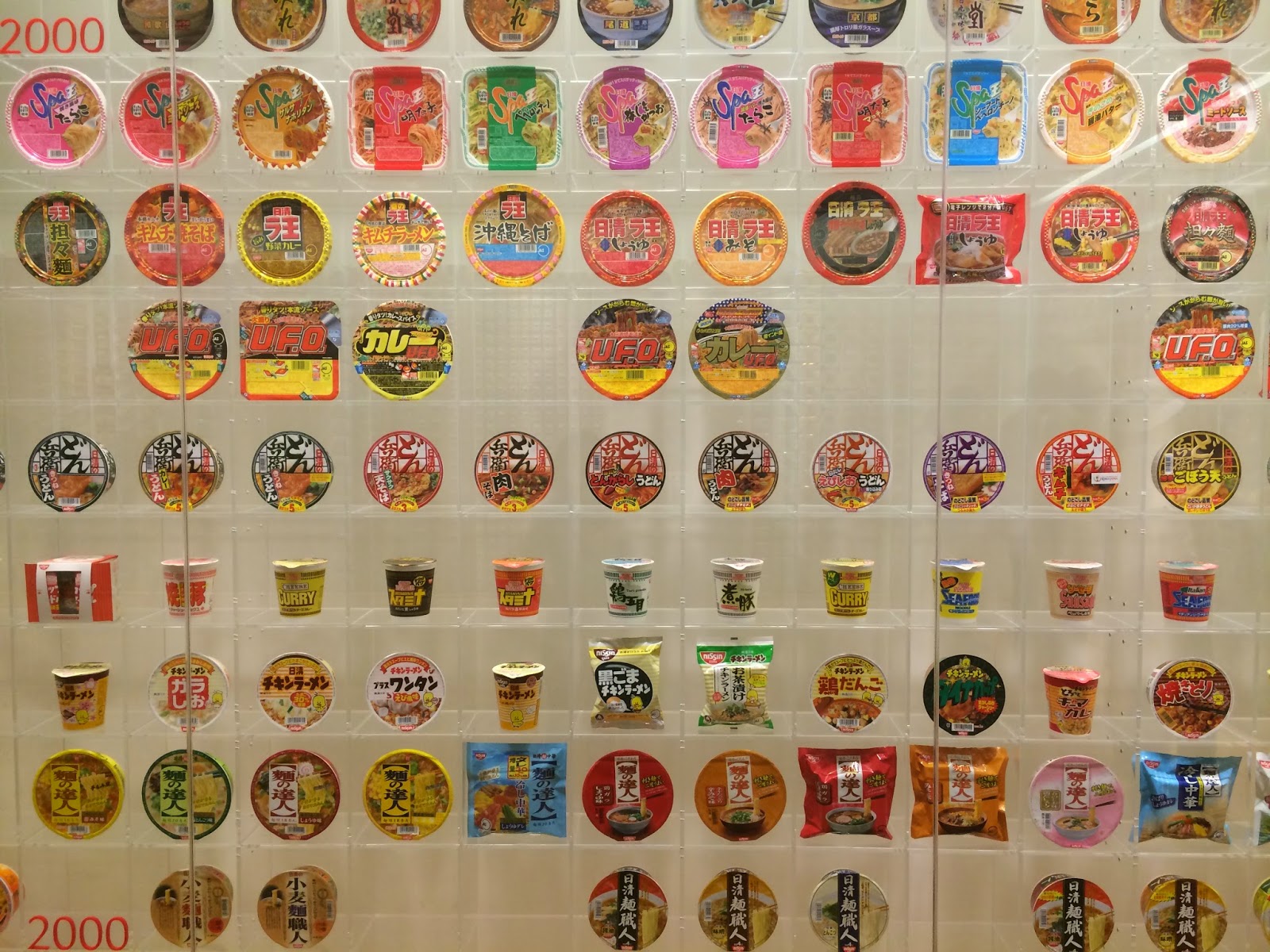 The biggest draw for us was the ability to create your own Cup Noodles, where you can choose the toppings and decorate your cup. However, we had a special purpose on this day: to make our own Chicken Ramen from scratch! We luckily had the last two tickets to the Chicken Ramen Factory available. The cooking room was packed with parents and their children. We were told to put on a cute bandana and apron while the guide explained the history, ingredients, and process of cooking Nissin Chicken Ramen. We were then divided into small groups to make our batches. 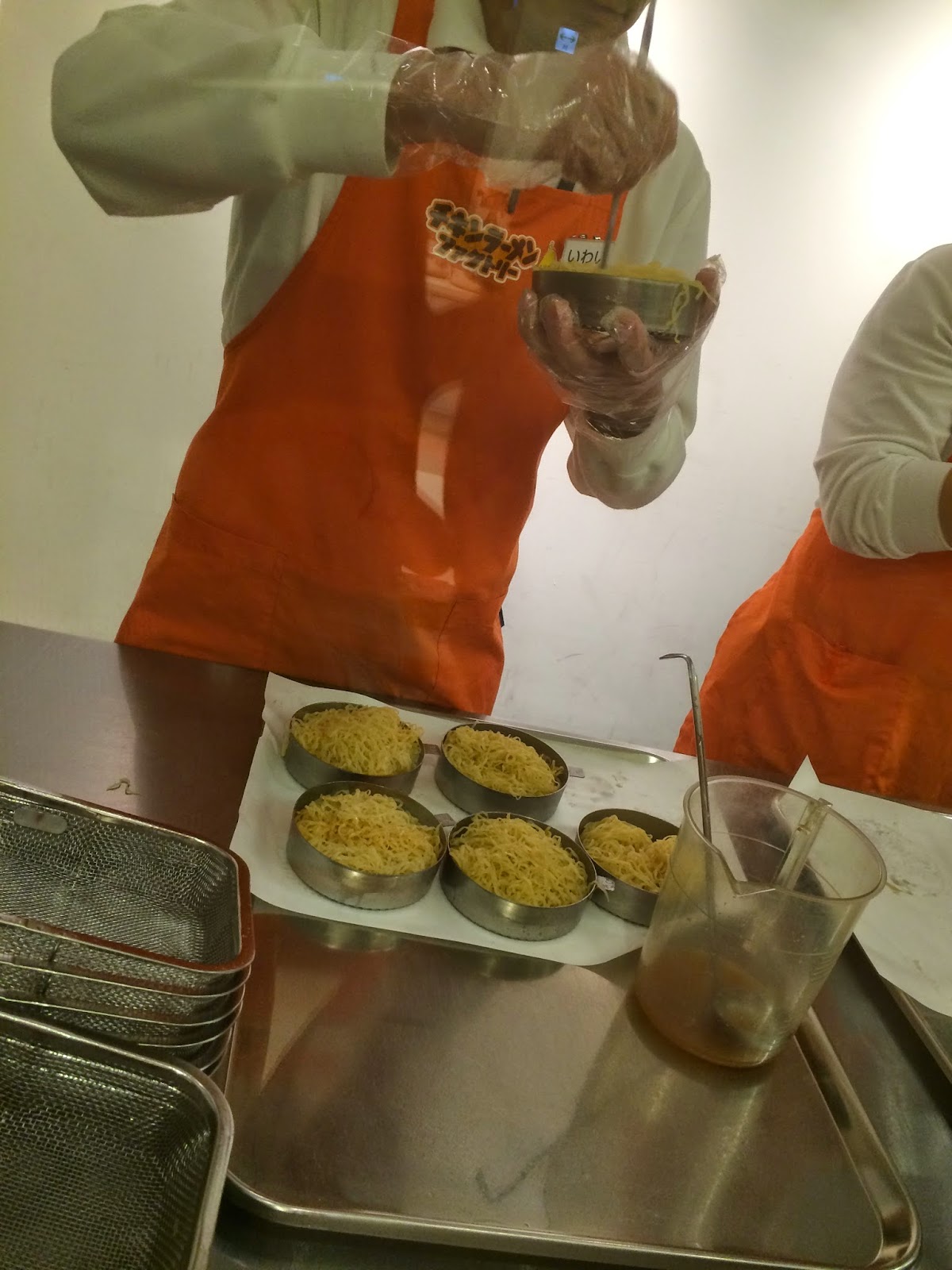 Hearts and I worked as a pair. You first mix the dough until it gets hard (this takes a while). After the dough is formed, you flatten it and put it through the noodle slicer. We felt like ramen shop owners! Finally, the noodles are dried and placed into a small cylinder for frying. 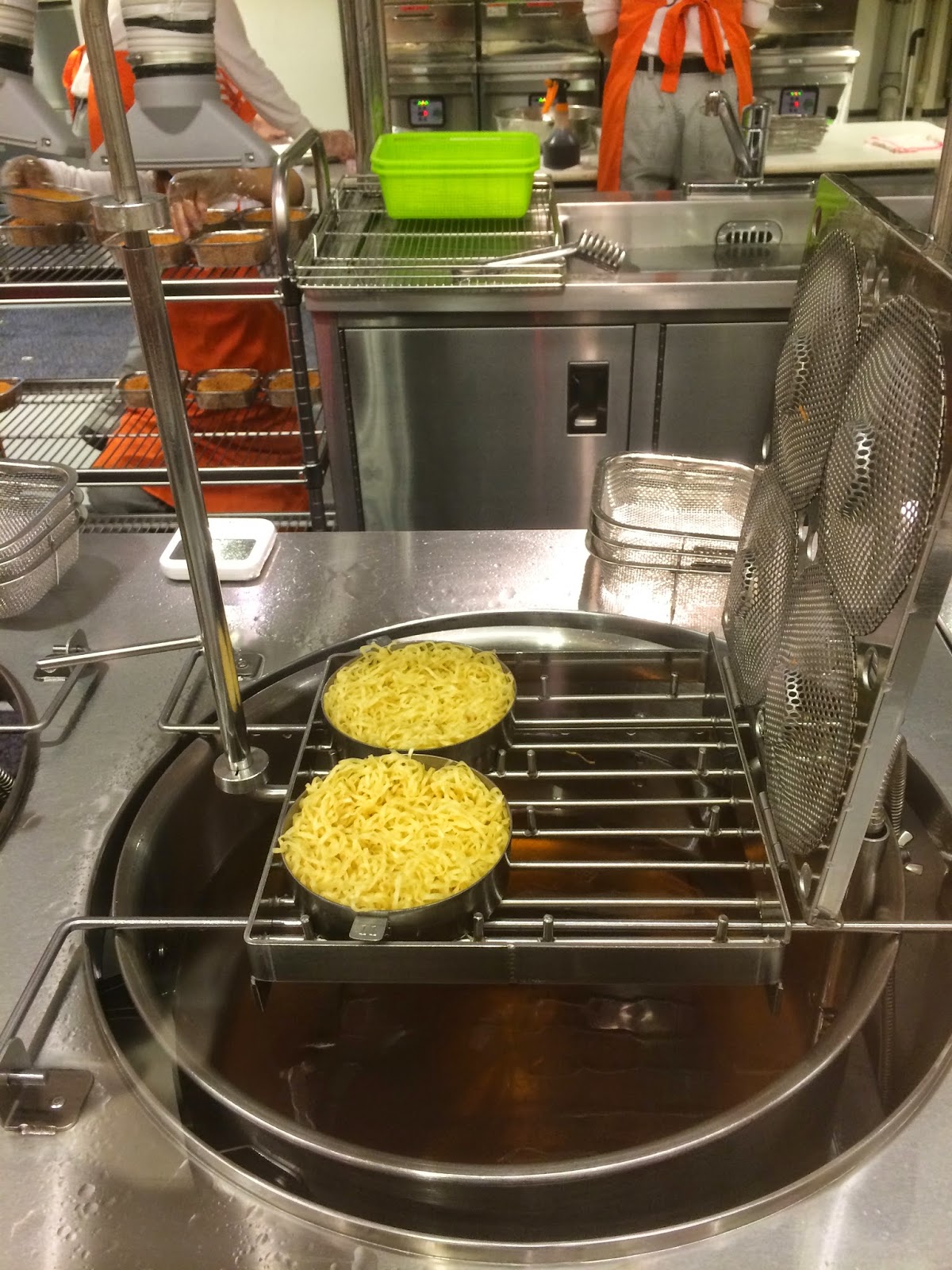 Once the noodles are formed, they're fried right in front of you. You can watch them cooking in the kitchen on a monitor, or through a viewing glass. 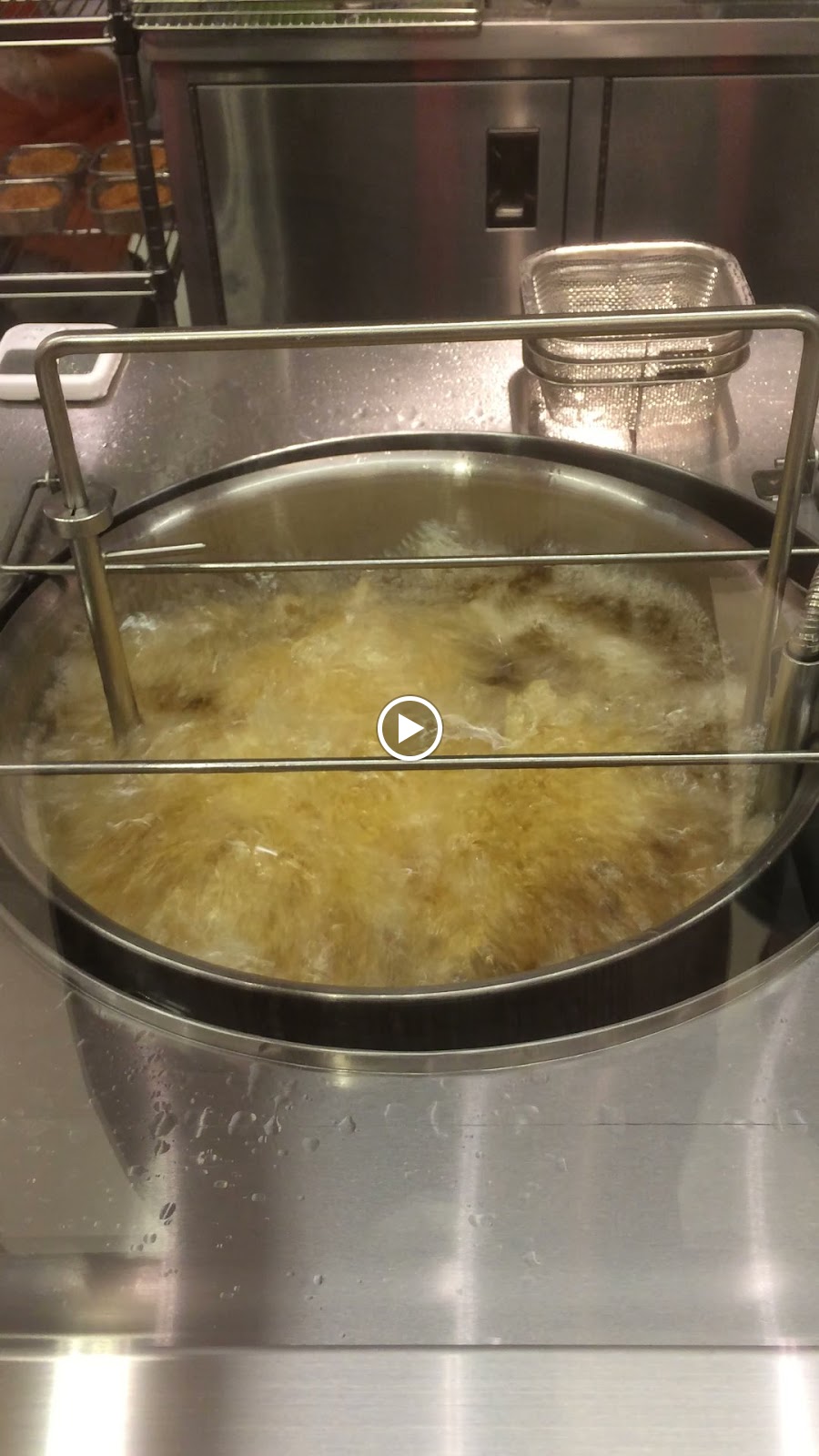 It was like watching my own child grow up...and then get deep-fried before my very eyes. 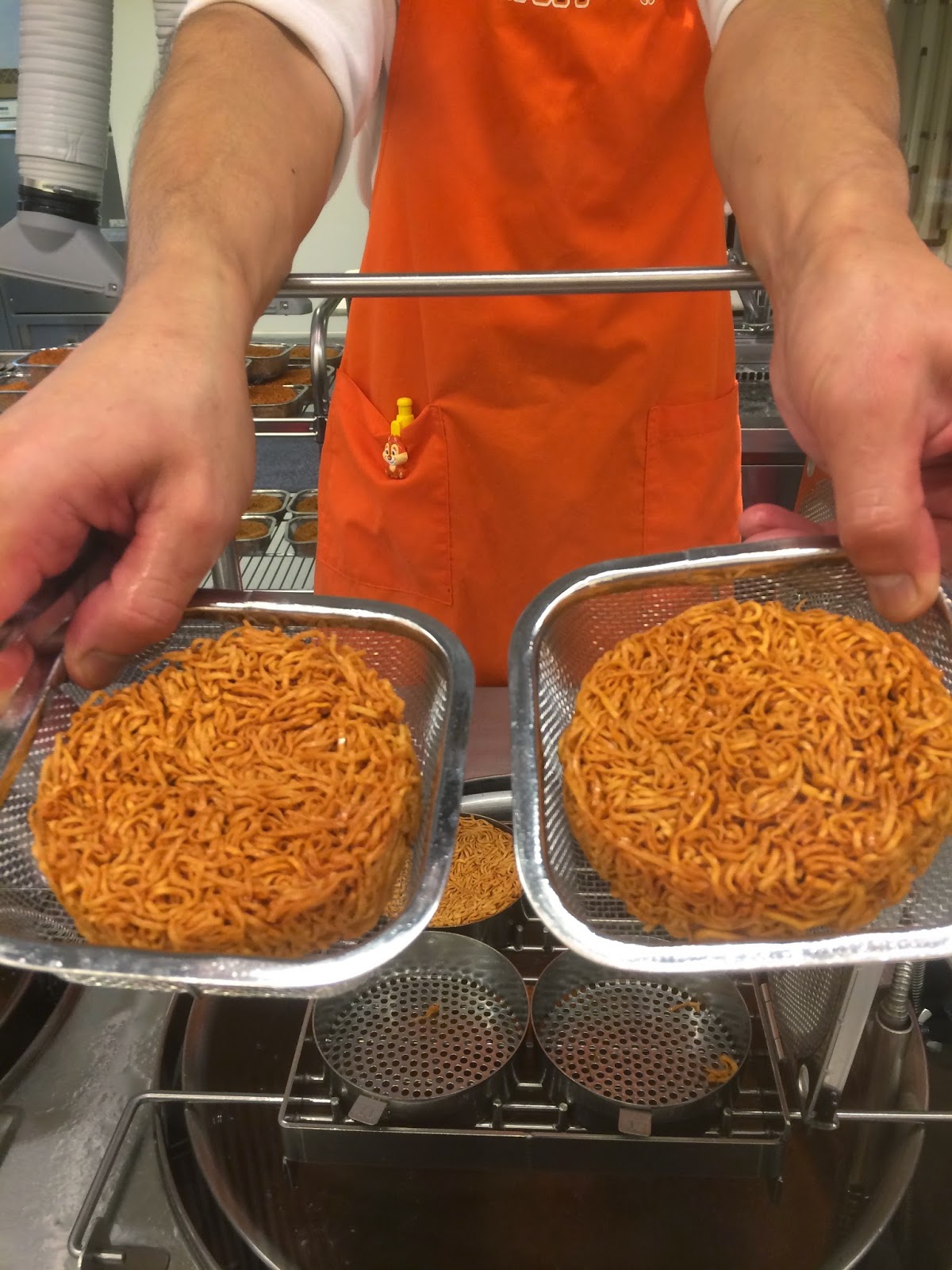 While waiting for the ramen to cool, you draw pictures on your instant ramen bags (we had to smack some kids around who were hoarding the colored markers). Finally, we stuffed our ramen into the packs and were told to get out. 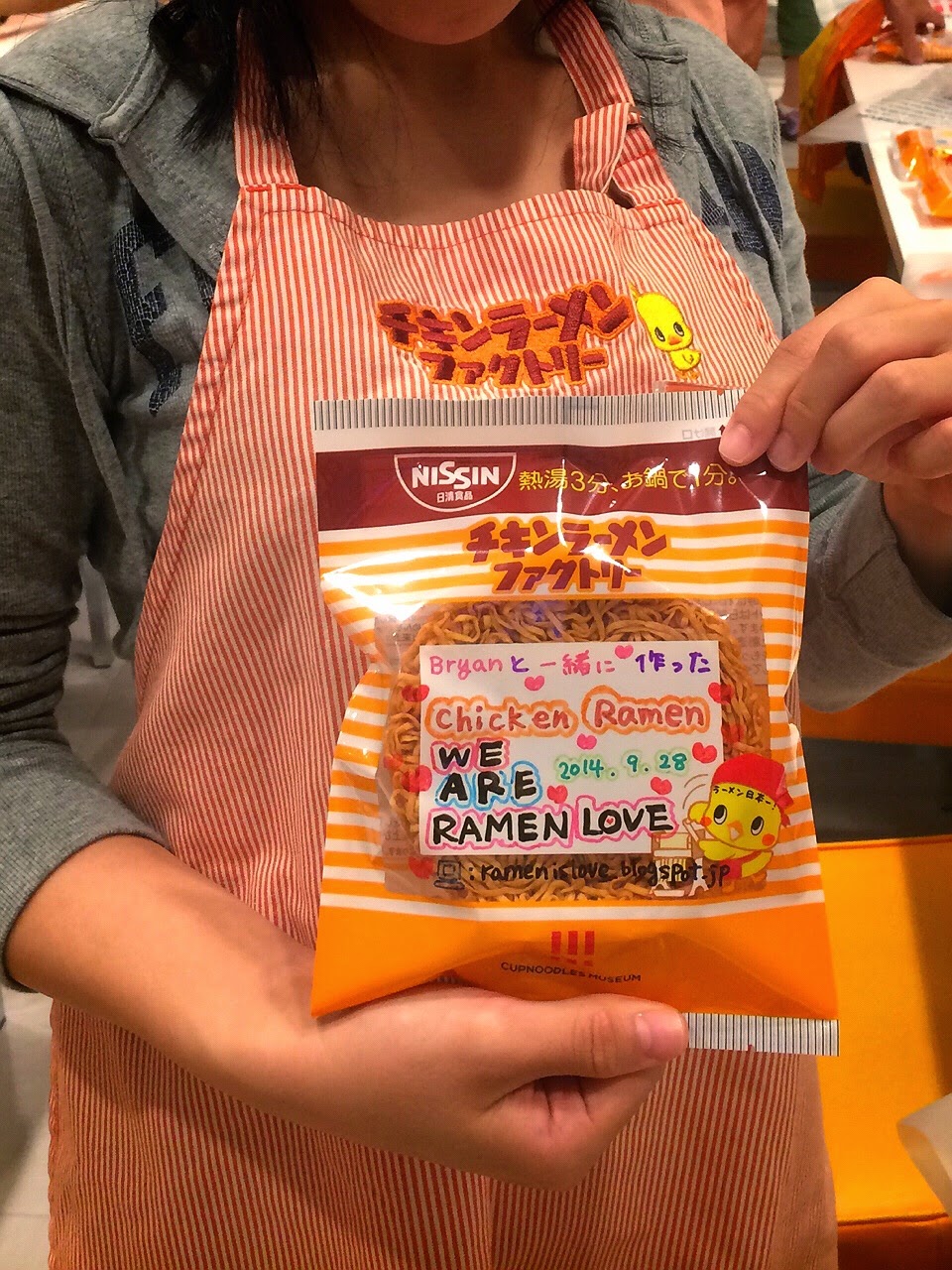 Starving for ramen at this point, we needed a quick fix. Luckily, the Ramen Museum has a full ramen courtyard, with shops of noodle styles from all over the world. But we weren't in mood for anything fancy; just a bowl of the good ol' Nissin flavors we spent nearly an hour laboring over.


I wasn't expecting such an interactive experience, but I was so excited making my ramen that I completely lost track of time. The Nissin Museum really encourages your creativity in the spirit of Momofuku Ando, the mad ramen scientist himself. And you leave with an original Chicken Ramen!