We instead chose a popular local tonkotsu shop that had strong pork bone smells wafting into the street. A good sign! The shop also happens to be the same as my middle name, which is also the same as one of my favorite Utada Hikaru songs. Another good sign!

Hikari serves up some very funky tonkotsu that you'd likely find in Nagahama. If you like your tonkotsu to have the consistency of gravy, go ahead and try the ultra thick bowl at the top left of the machine. I wish I tried the namesake Hikari Ramen, as it was cut with some dashi soup for probably a more balanced taste for most Ramen Lovers. 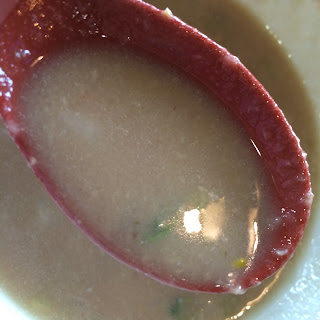 Stinky, but clean, and the typical loaded toppings abound. You can choose the thickness of the broth in these bowls. 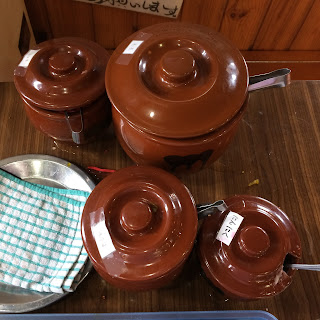 For tonkotsu, you can't go wrong with Hikari. These guys know how to have fun, and their shop is tricked out with all sorts of cool signage and apparently some clever gentei bowls. The signs did not lead us astray. 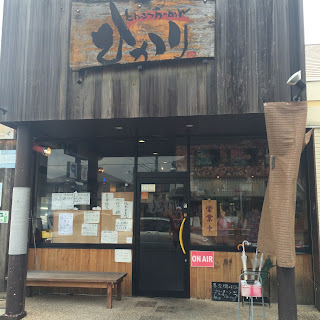 Hearts
Posted by Ramen Love at 3:27 AM 2 comments:

Nagoya is most well-known for their Taiwan ramen, but on this trip I only had time for a couple bowls with family. Nagoya is also known for big ramen restaurants that fit big groups of people. Menshiro is no different, though their specialty is in serving up miso styles from all over Japan. Since I went with a big family, we got to try all the styles. 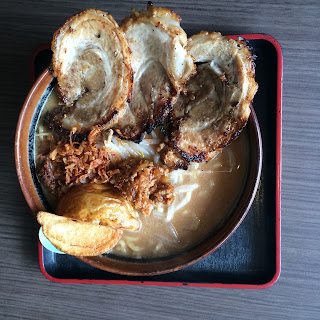 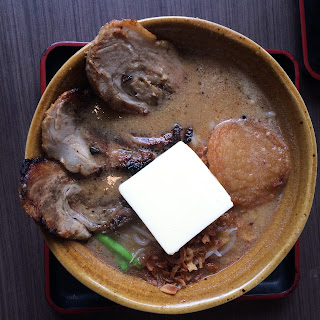 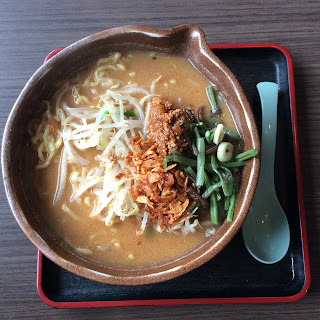 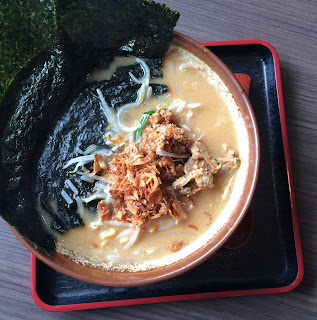 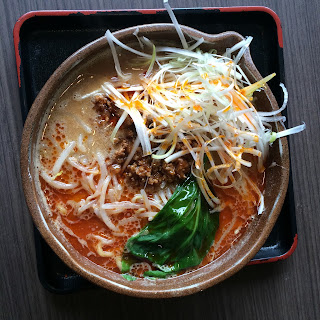 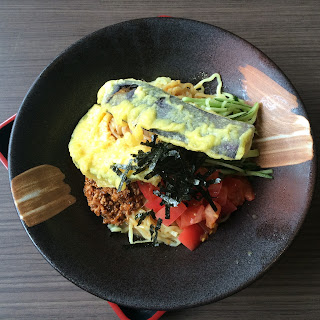 I wish these were actually noticeably different, but other than the mazemen, most just use the same soup and noodles with some added condiments or spices. That's not necessarily a bad thing, as the basic miso is good stuff, and the huge list of toppings are a nice bonus that you usually only find in an udon shop. The various extras give a nice visual and flavorful variation on the standard procedure. 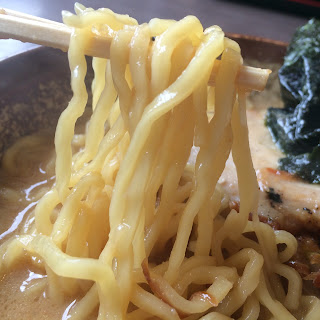 Always expect a wait here; the parking lot is always full of cars. 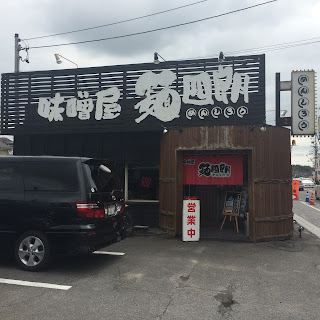 Hearts
Posted by Ramen Love at 8:43 AM No comments:

Touka was another ramen shop that made the lists of many magazines last year. They specialize in ramen made of tai snapper, an ingredient that has been gaining in some popularity in recent years.


We were second in line before the shop even opened. A few minutes after we got in line, a staff member came out to greet us and said they'd be opening soon. Then, when we entered the shop, he briefly explained the menu in front of the ticket machine. Nice service is nice. 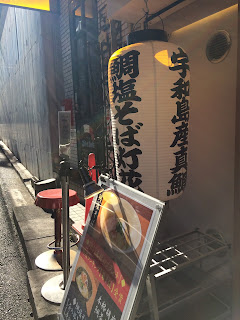 I've been to a few ramen shops that claimed to serve tai snapper as an ingredient in the broth, but Touka's shio ramen serves it as the main ingredient and you really taste the essence of the fish. I'm not sure I can describe this as ramen; it's more like a bowl of Japanese cuisine that is likely to be served at old Japanese restaurants. The appearance is so beautiful. Ofu, or dry-baked gluten cake, is a cute touch, and the flavor of yuzu citrus, the single piece of pink chashu pork...it all comes together so beautifully. 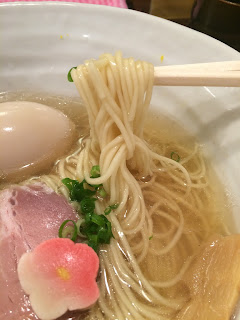 Hearts got the tai chazuke set, which comes with some fresh snapper sashimi topped with a goma black sesame sauce and a bowl or rice.


You first try a piece of the sashimi on the rice, then eat the remaining pieces with the ramen broth poured over the rice with some crunchy bits for added texture. What a wonderful morning meal. 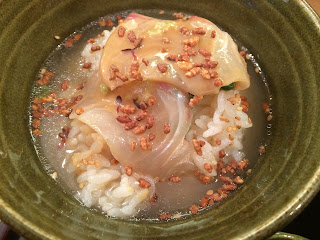 It's been a while since the last time my heart beat quickly eating such great ramen. This is shio ramen at its most refined. I was completely fulfilled. 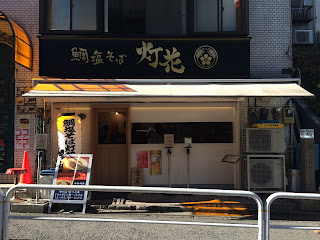 Open from 11am-3pm and 5pm-midnight