てんtoてん Ten to Ten: via Okinawa

Hearts and I took a quick sojourn to Okinawa to escape the desolation of Tokyo's winter. Just a three hour flight, and paradise awaits. 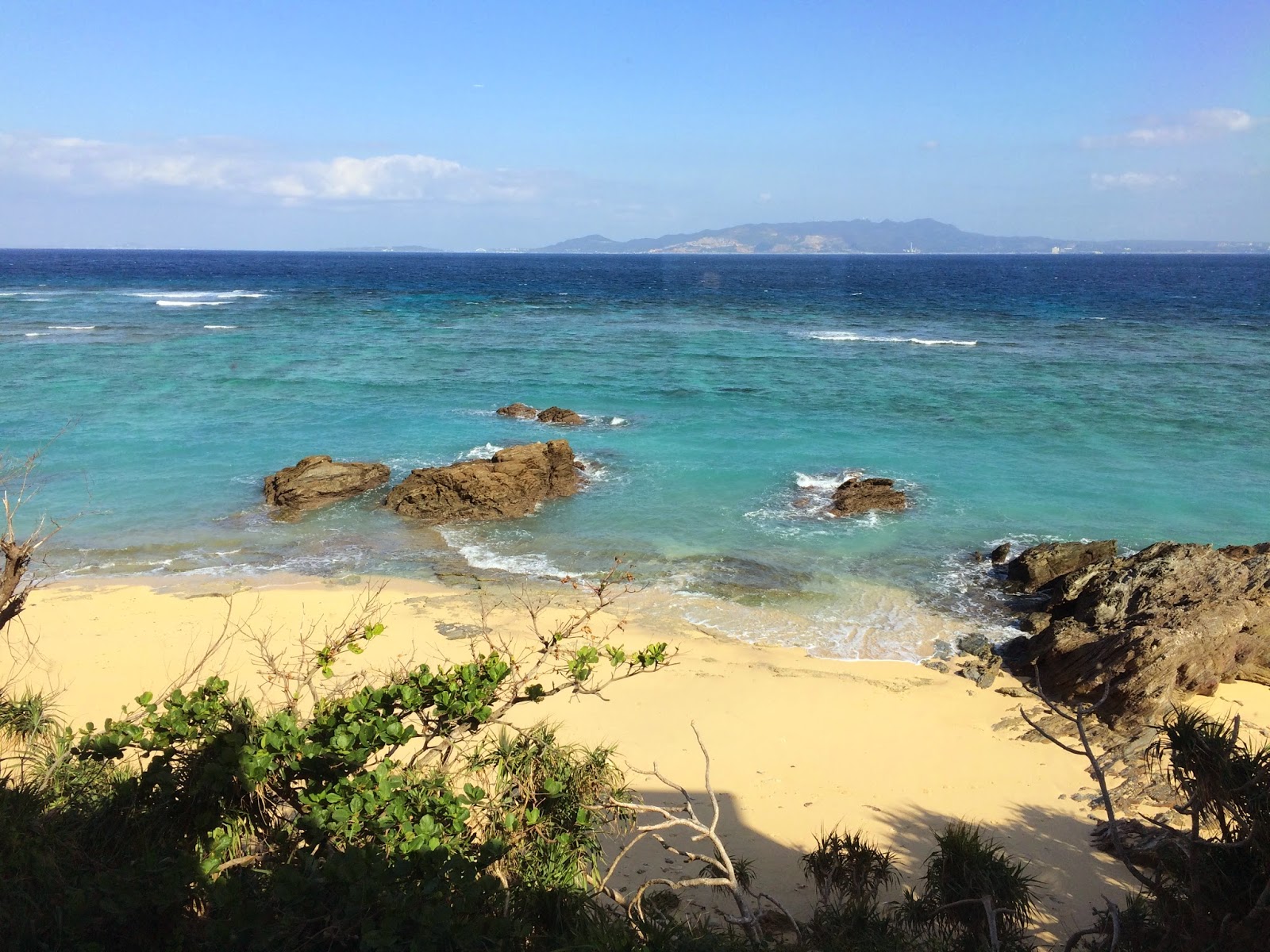 Soki soba technically isn't ramen, but it's close enough, and we were starving. It's an Okinawa local cuisine, with noodles made from flour in a process similar to Chinese noodles. Soki soba is sort of a cross between udon and ramen, with light soups made from kelp and bonito. 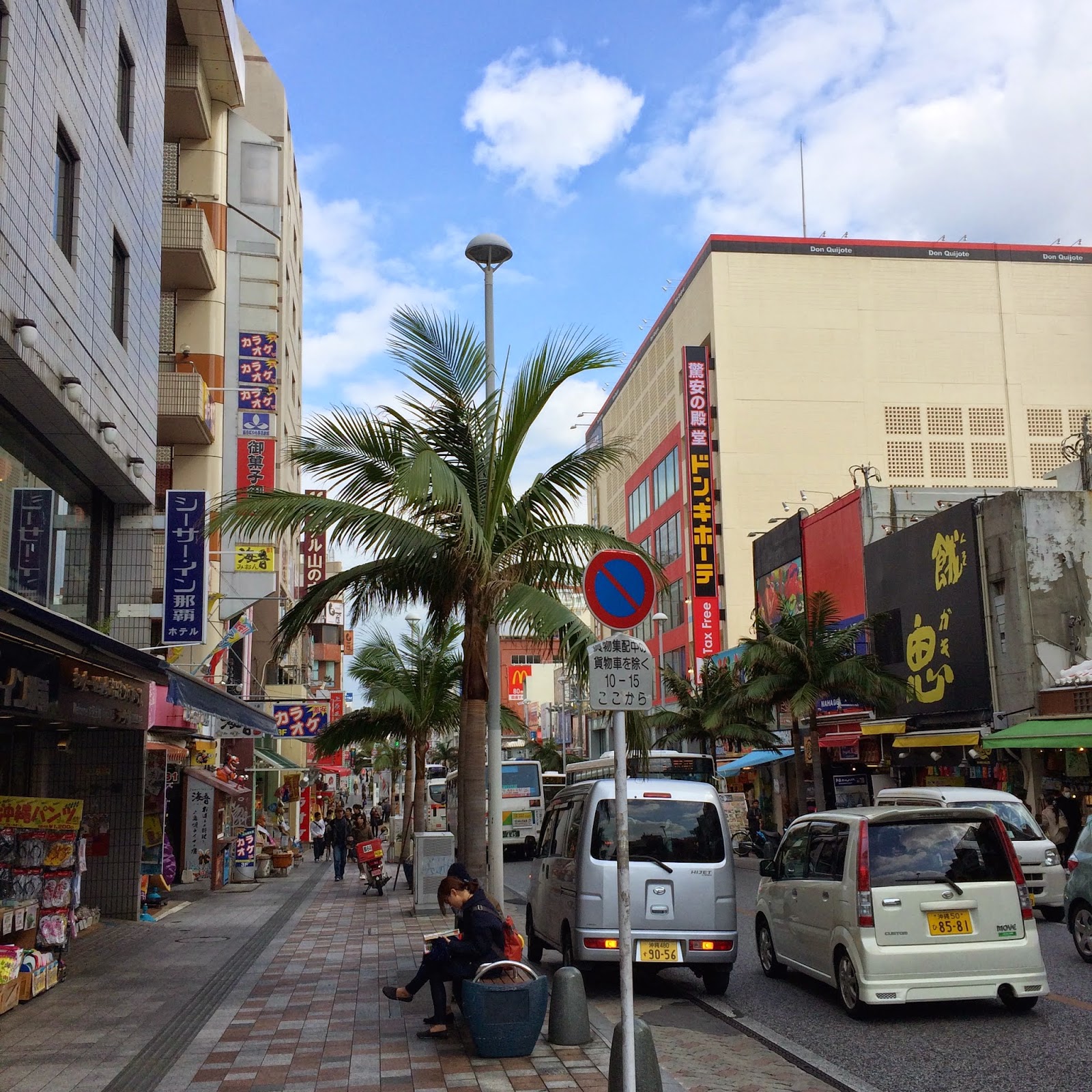 Ten to Ten was highly regarded by the locals. Inside, the shop looks like a Japanese private residence with its floor seating. Very heartwarming. 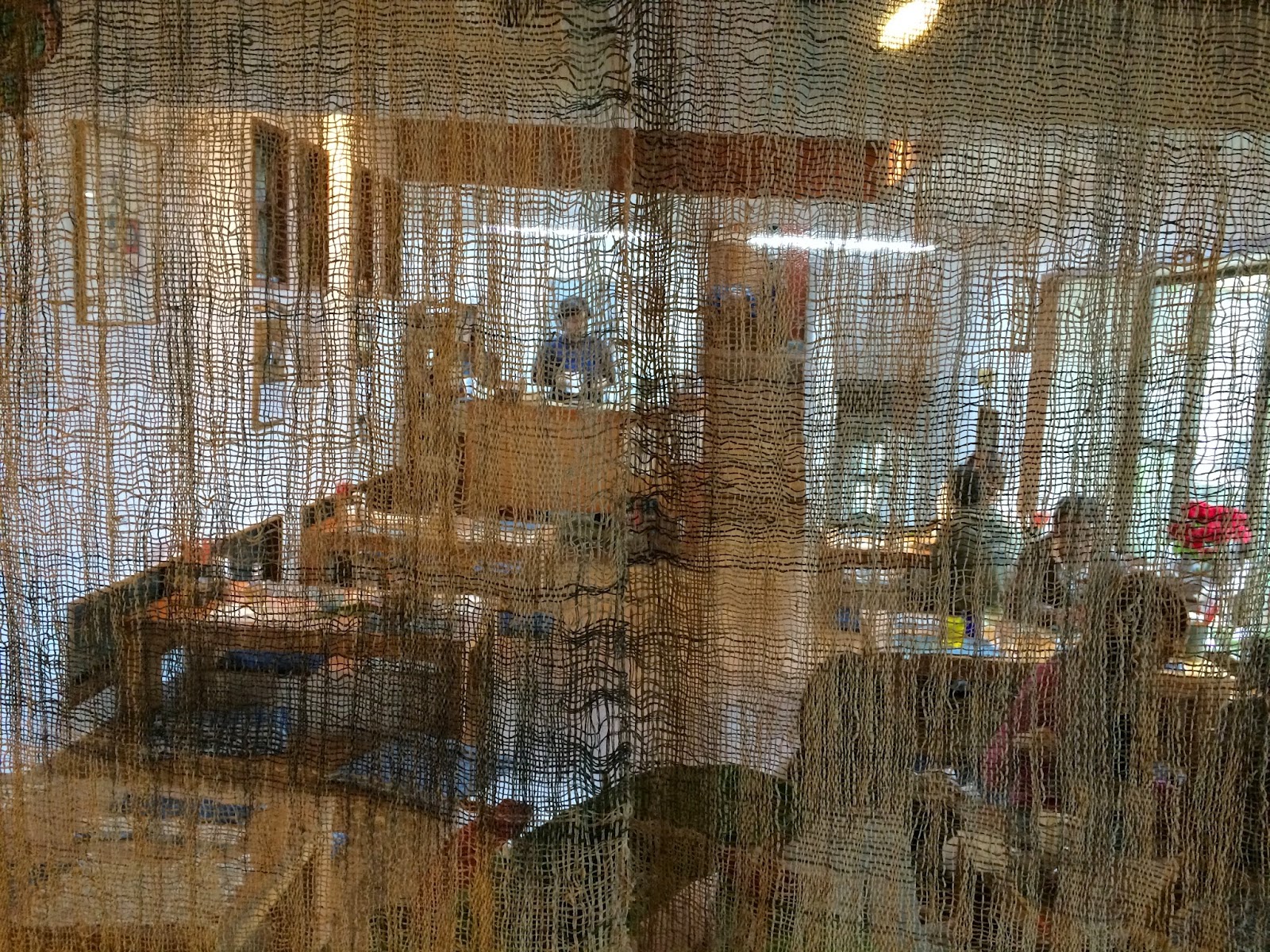 We tried their soki soba with a brown rice ball and zenzai (red bean soup).


The soup was incredibly clear and tender. Unlike ramen, it's so light that I would crave even if I was feeling sick. I usually don't slurp the entire soup, but I did here. Kakuni is a soft, marinated form of chashu, and this kakuni was so soft that I could cut it with my chopsticks. The pork had a sweetness to it, and I even gobbled up the thick chunks of fat. Hearts looked at me and was disgusted. 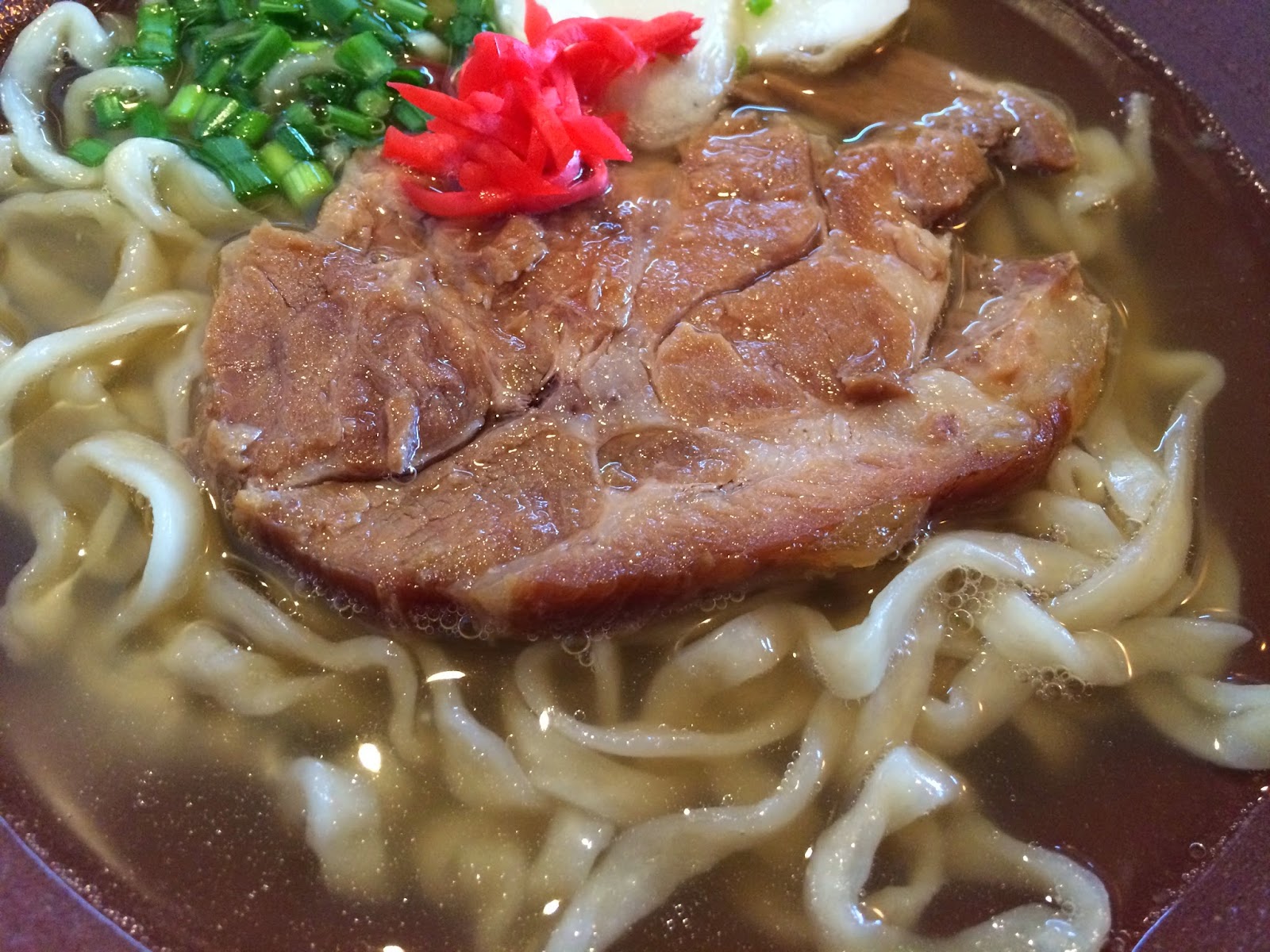 The noodles are a little flavorless, but have a fantastic wavy and slippery texture. They were dancing in my mouth. 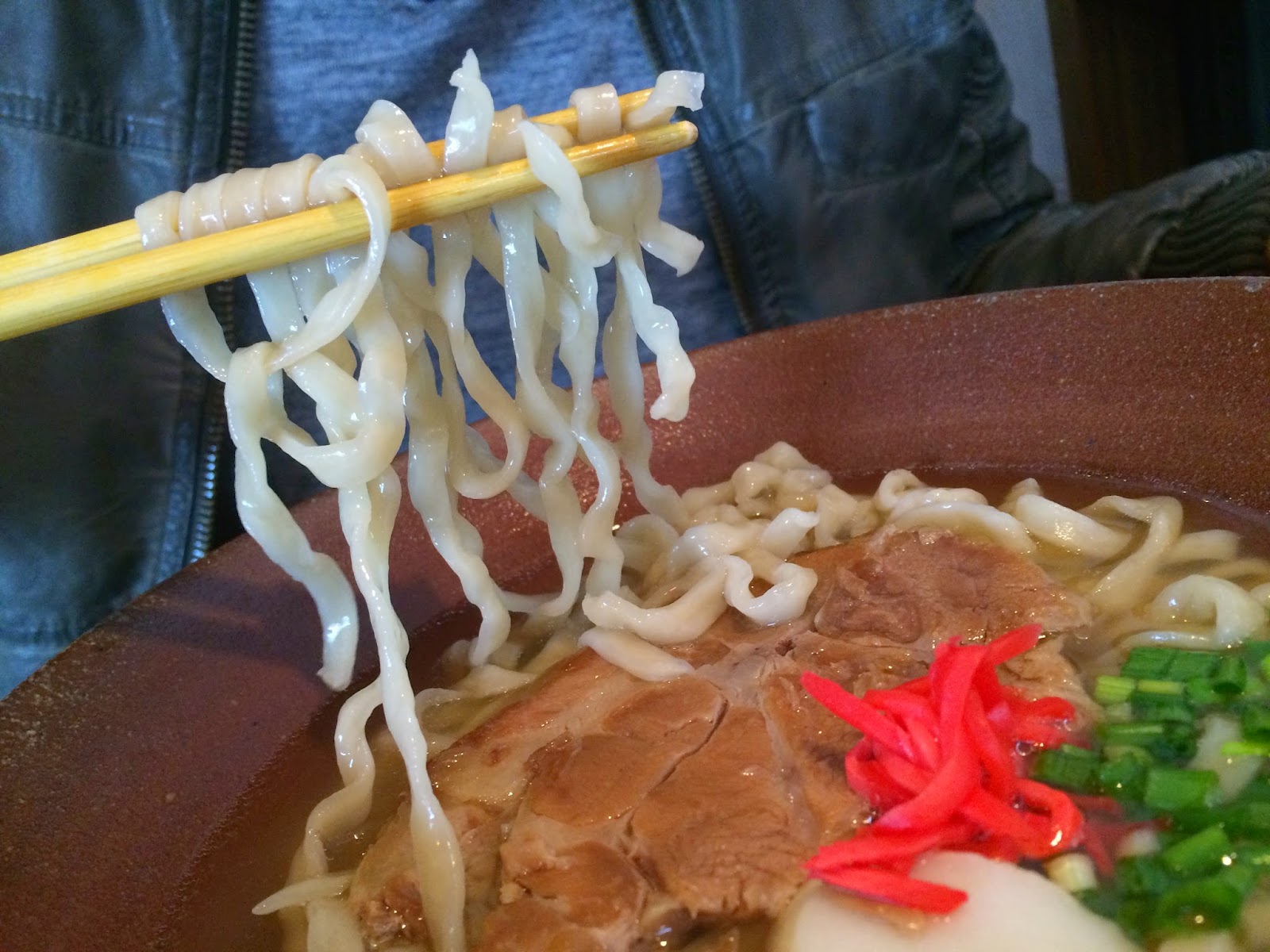 The brown rice ball was good... 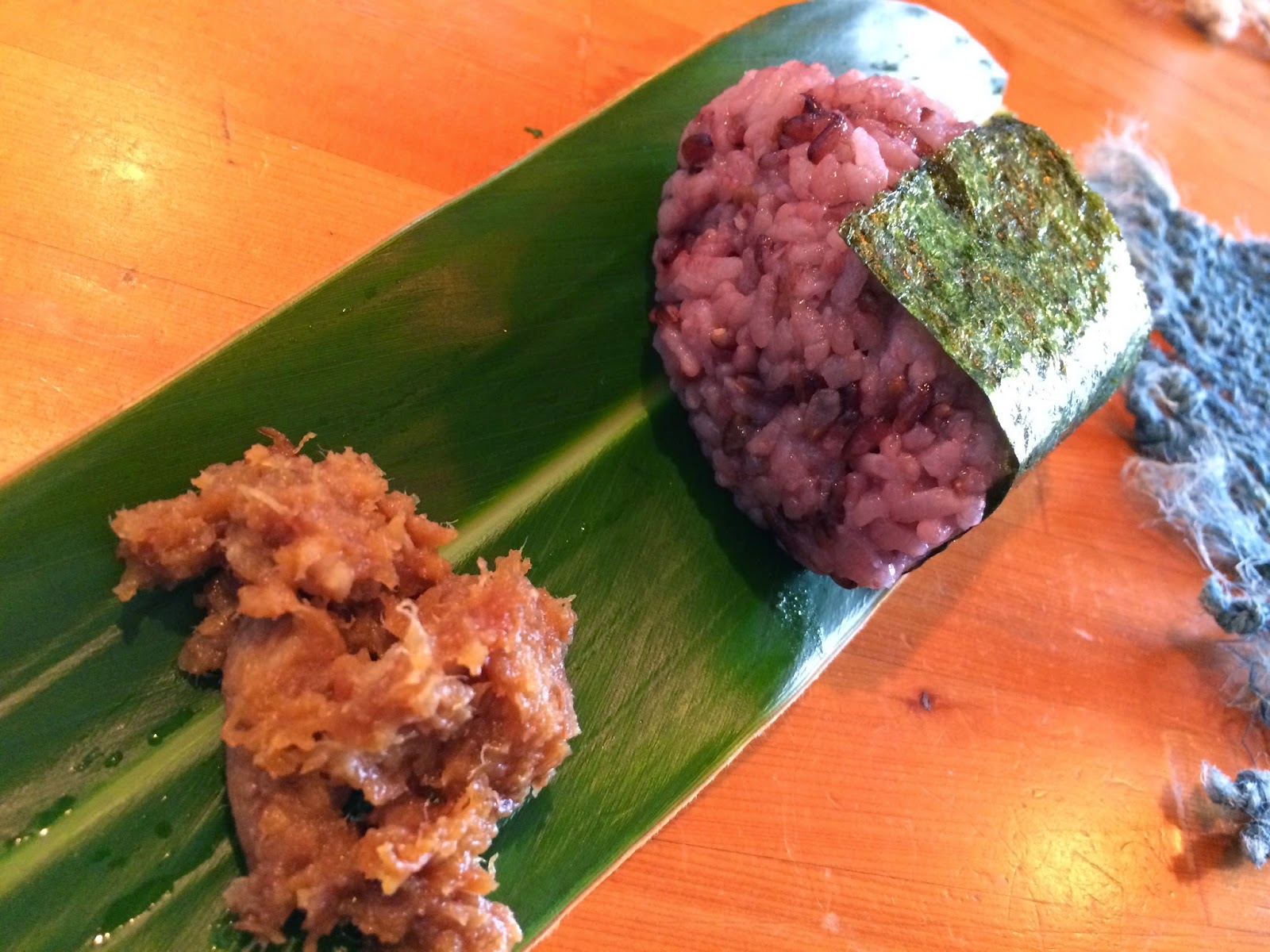 ...but the zenzai (red bean soup) after was the best finish. So clean, cold, and sweet, with a fantastic textural balance between the grains of soft rice and the chewy mochi. 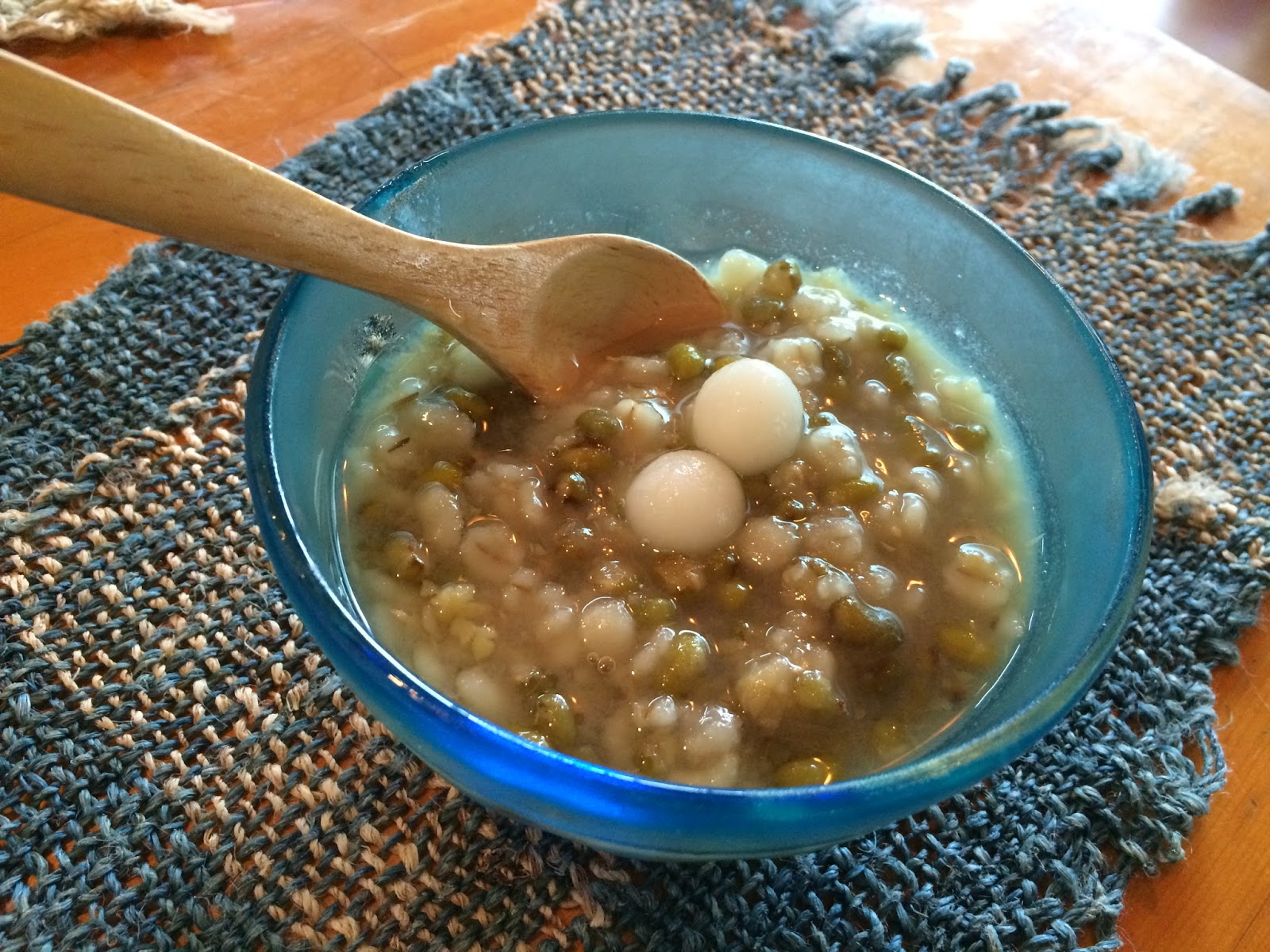 Just writing this post makes me remember how great the soup was. I'll definitely be back when I'm in Okinawa again. 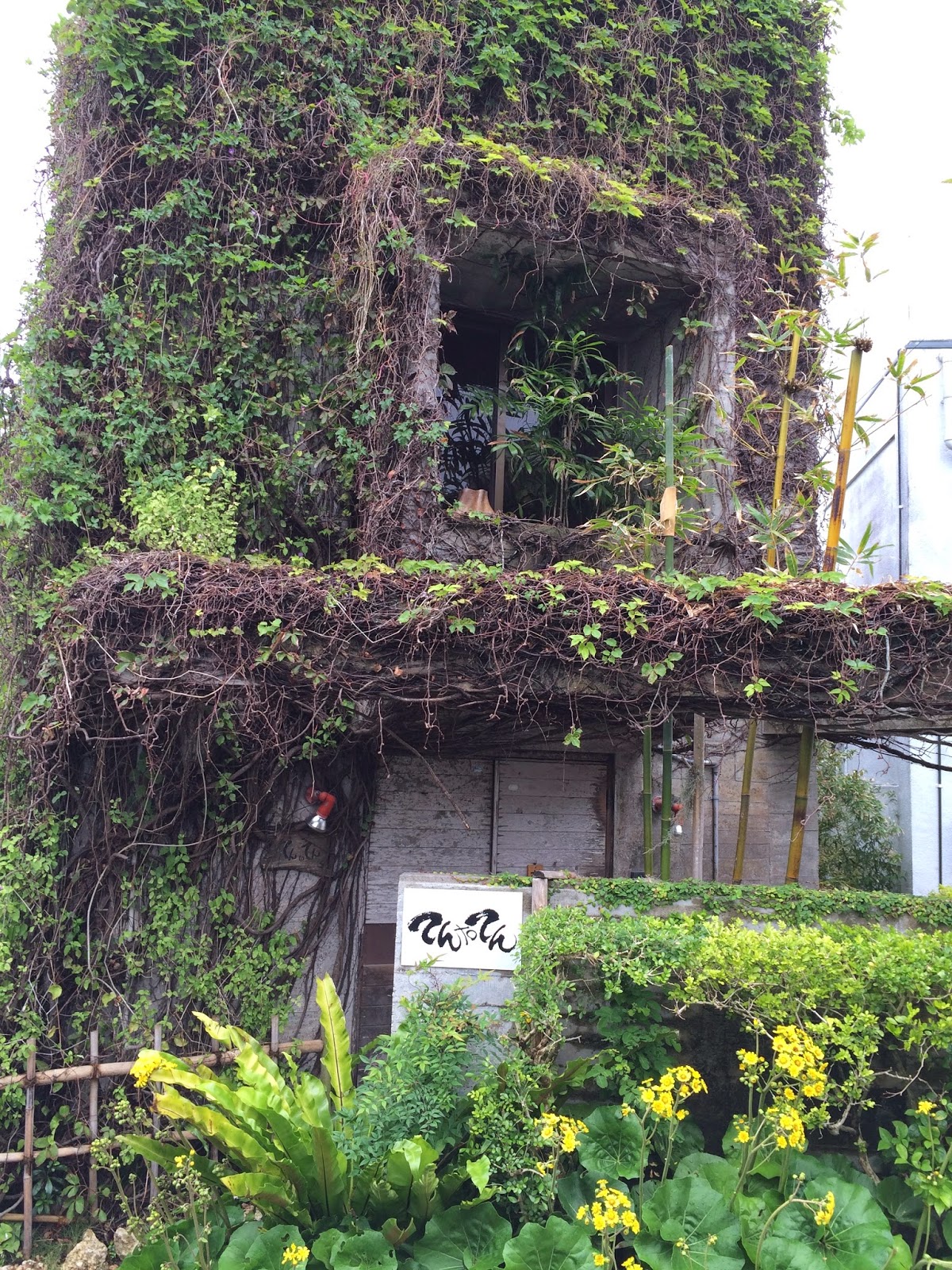 Okinawa, Naha, Shikina 4-5-2
Closest stn: Shikina Park (There are few major subway or train lines in Okinawa, so it's better to drive here or take a cab)

Lum
Posted by Ramen Love at 6:18 AM No comments:

Ippudo got me hooked on drunken pork tonkotsu, so I'm always on the lookout for their newest renditions. 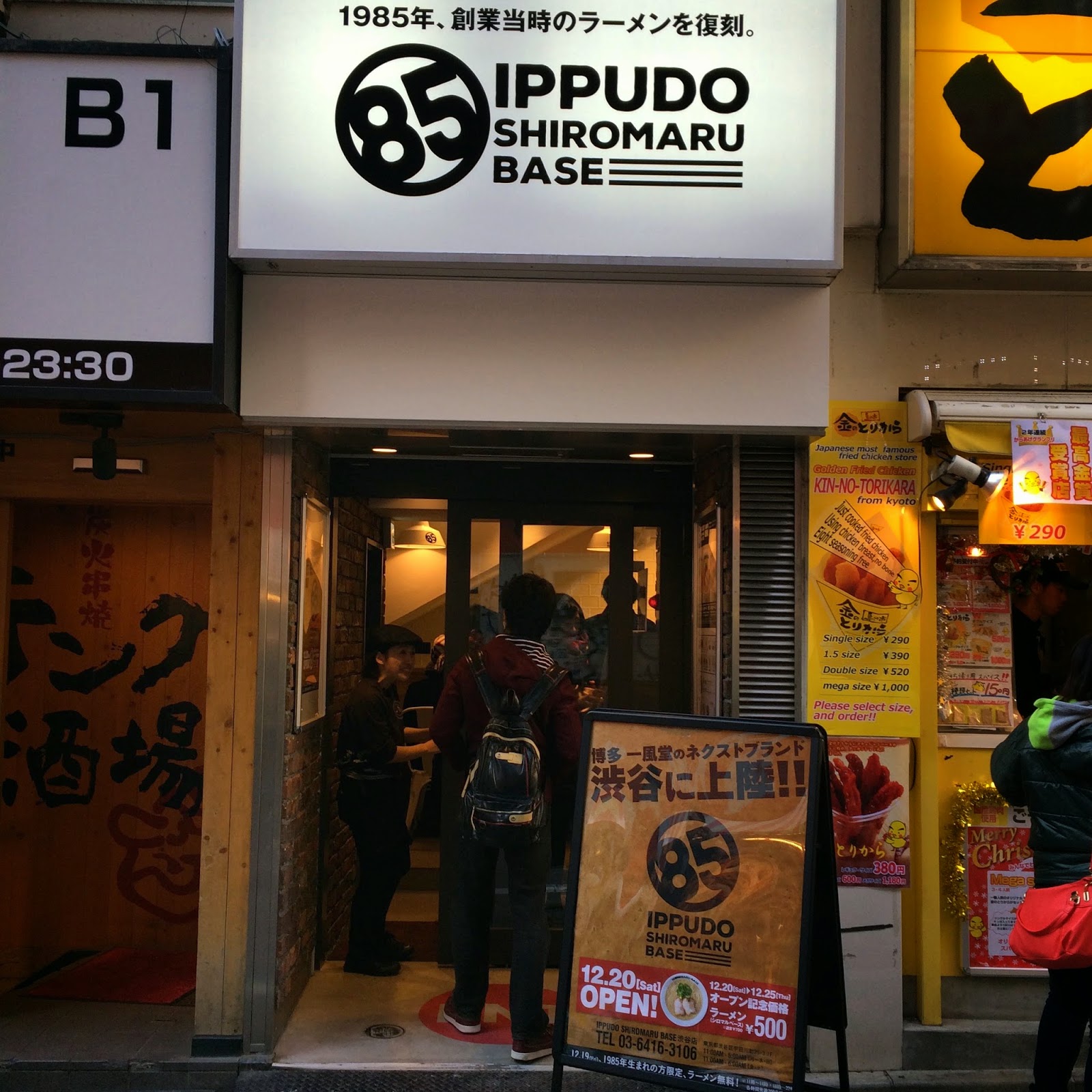 In celebration of their 30th anniversary, the Kyushu maesters opened up a shop in the heart of Shibuya's Center Gai, right around the corner from the local Family Mart. This is, quite possibly, the best location for a shop in the entire world.


Ippudo is known for their akamaru red and shiromaru white bowls. The former has a deeper flavor, topped with burned garlic oil and homemade rayu oil, while the latter is the fatty, porky original. This new shop only offers the shiromaru, but at a slightly discounted price so you can trick it out with your choice from a wealth of toppings. Two for a hundred yen! 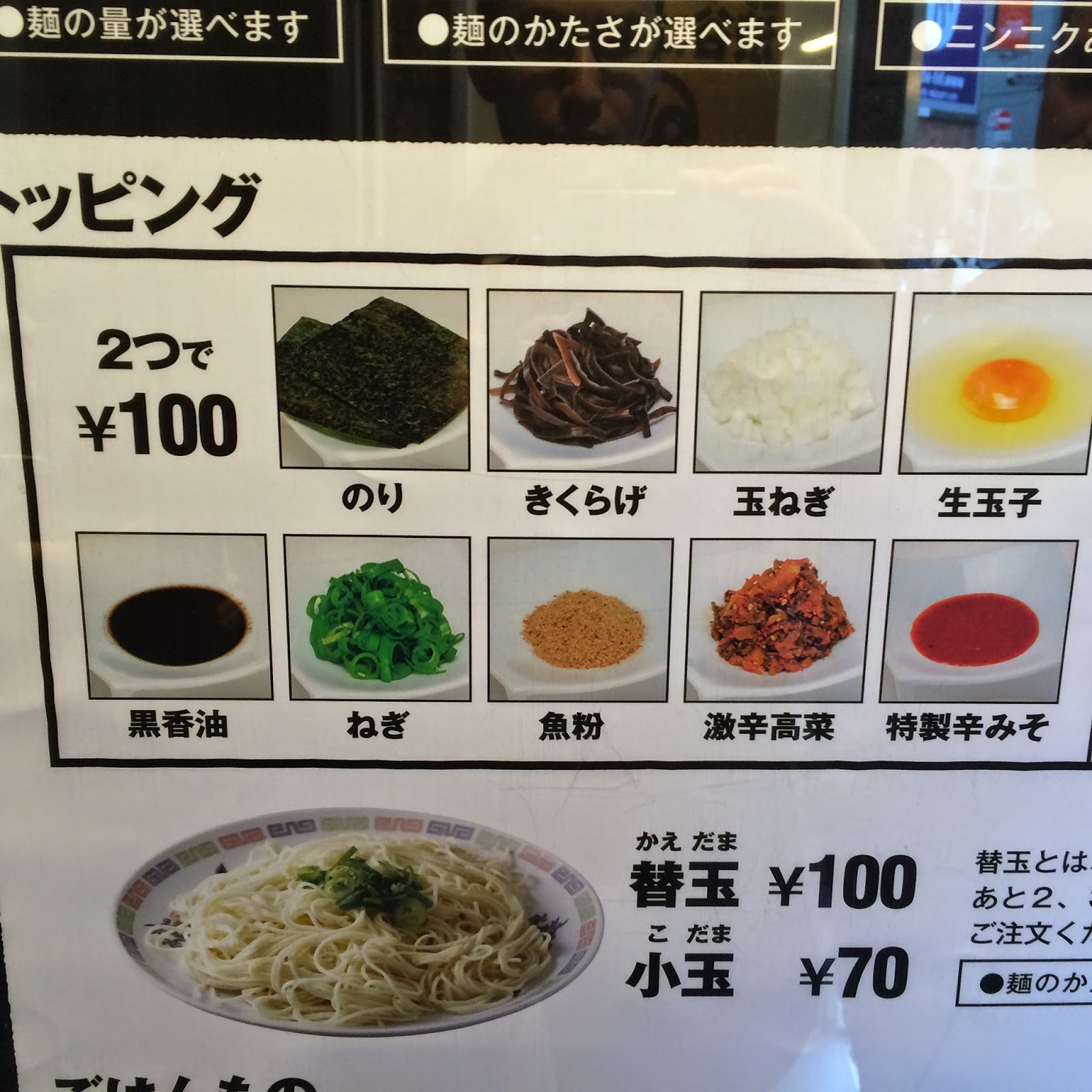 This is the standard. And no waiting an hour for your bowl while hipsters sip cocktails and take selfies. 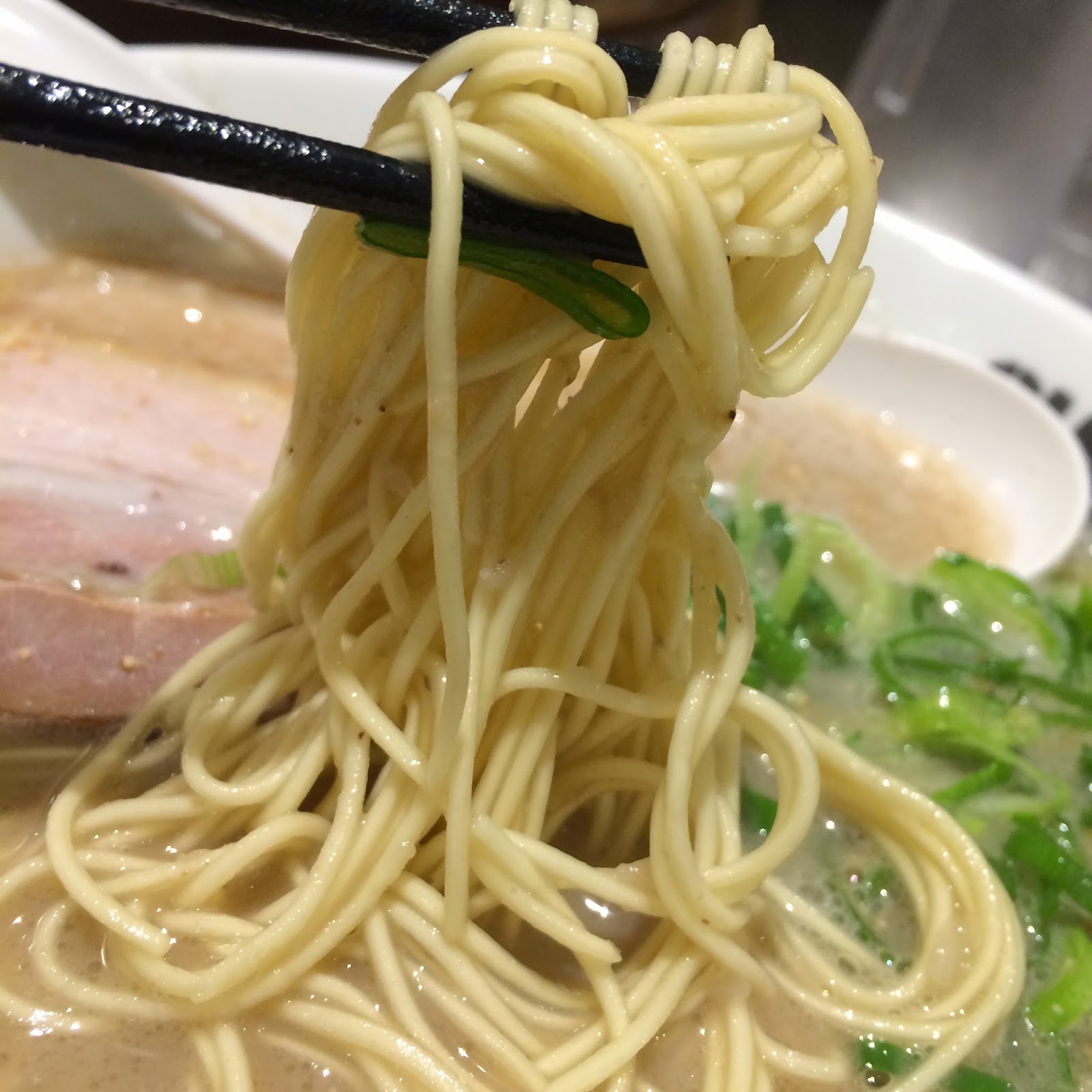 Shiromaru won't win any awards, unless your liver is giving out Oscars for Best Booze Sponge. This is just a simple, solid, post-drinking bowl, no frills, no fuss. 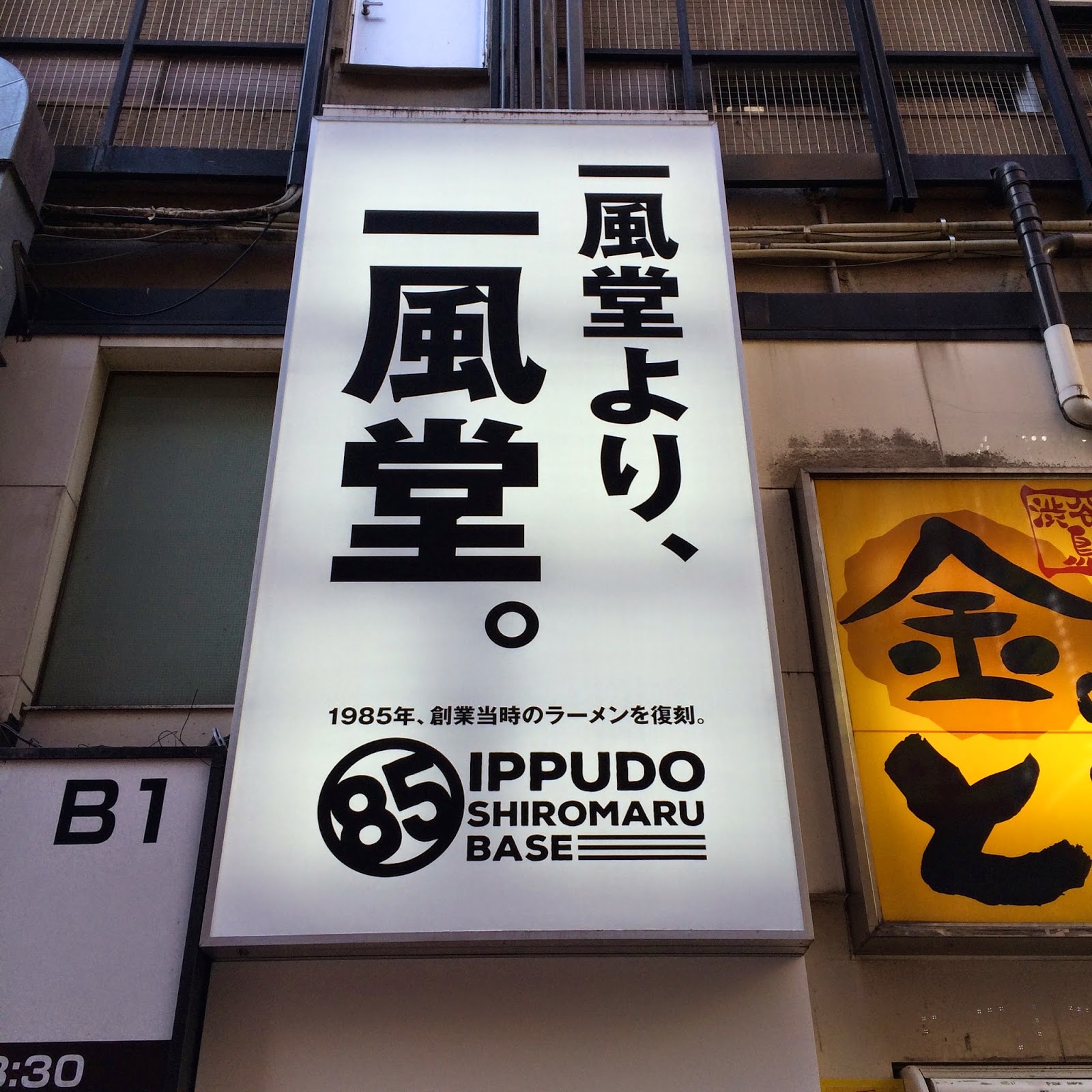 Hearts
Posted by Ramen Love at 7:50 AM No comments: 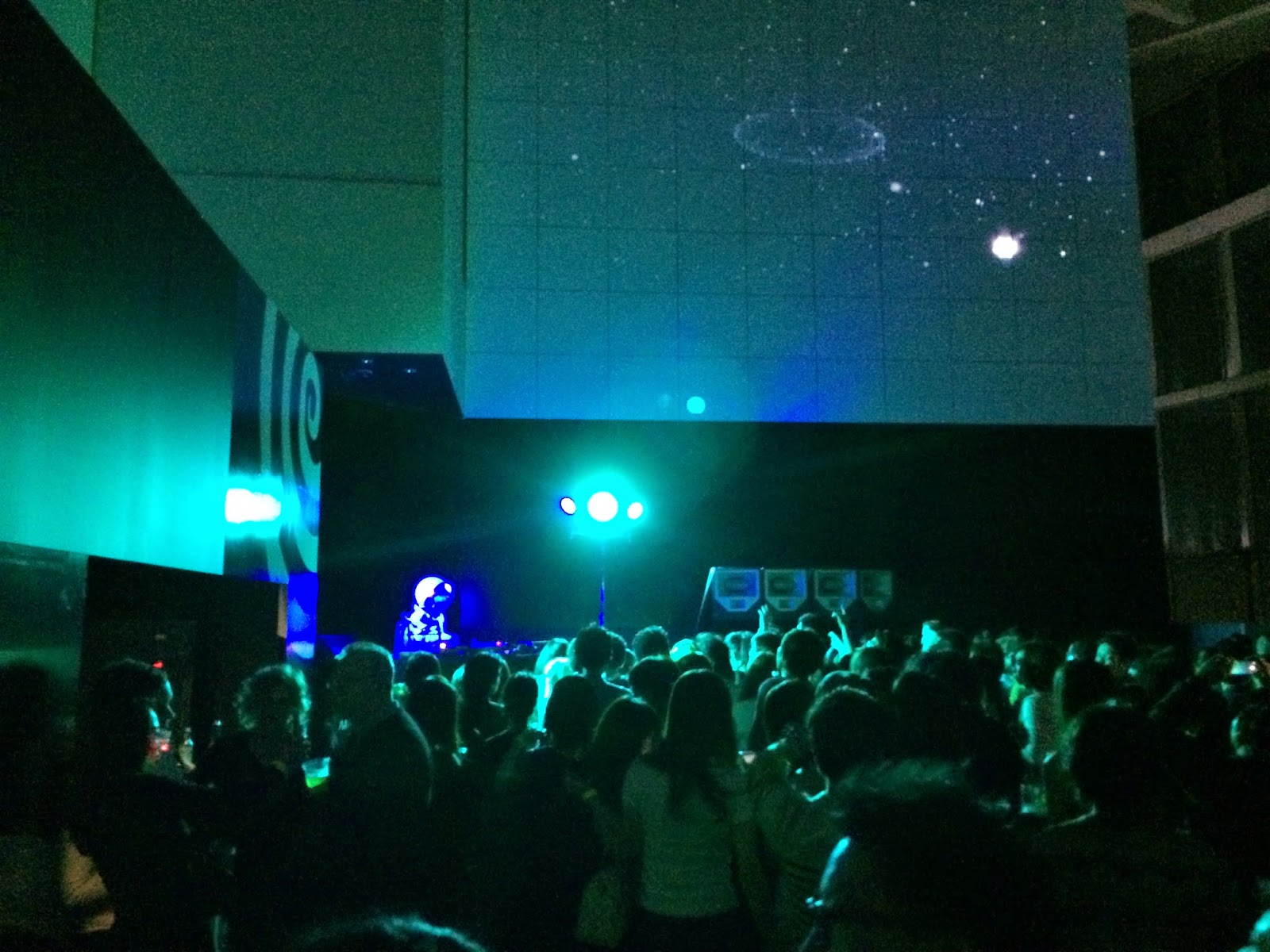 After counting down at an overcrowded party at the top of the Mori Tower in Roppongi, we got tired. The place was packed and we couldn't move. 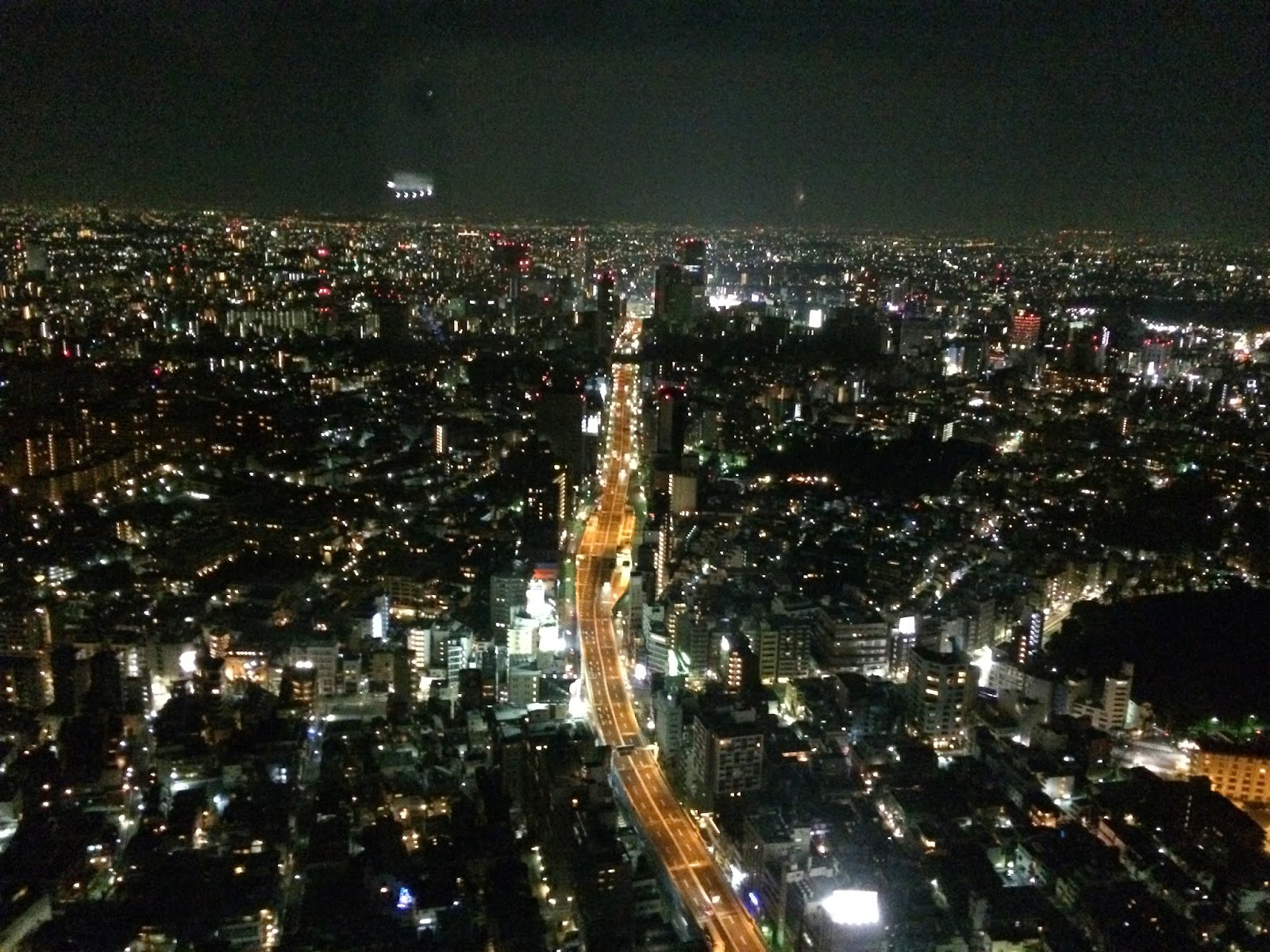 We craved some toshikoshi ramen, the first ramen of the new year. We hopped on a train and went from Roppongi to Shinjuku. Surprisingly, Nagi opened their shops for 24 hours even during the new year's holiday. It was my first time visiting the original Golden Gai shop, in the midst of a sea of small bars that has been getting more popular with tourists these last few years. 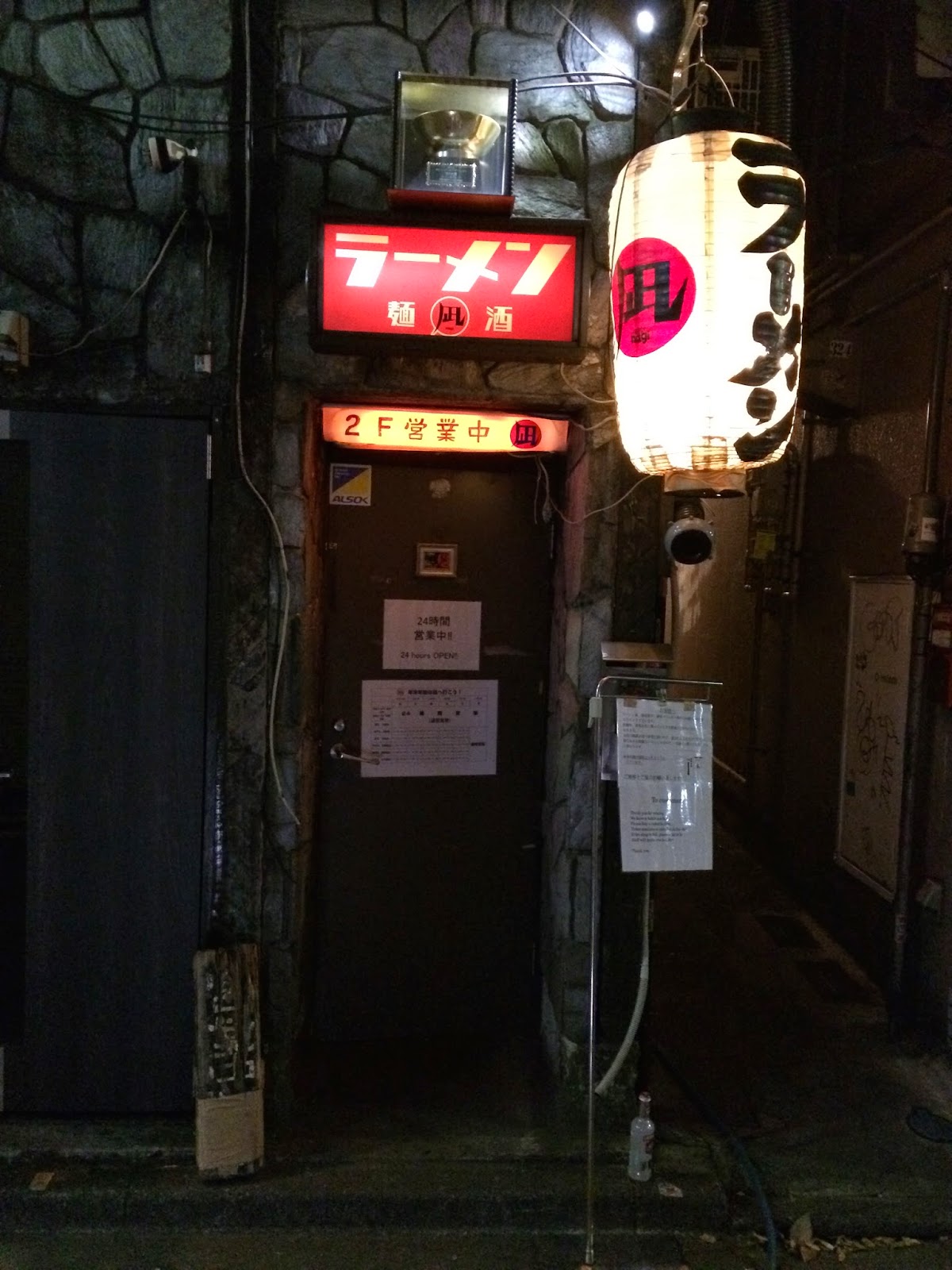 Nagi Golden Gai is extremely narrow. You open the door, and the narrow staircase leads you straight into a counter of ten. Even at 3am on New Year's Day, the place was packed. We all ordered the Niboshi (bonito) Ramen.


Their advertisements say, "If you don't like bonito, don't order," so I was looking forward to seeing how strong the flavor was. 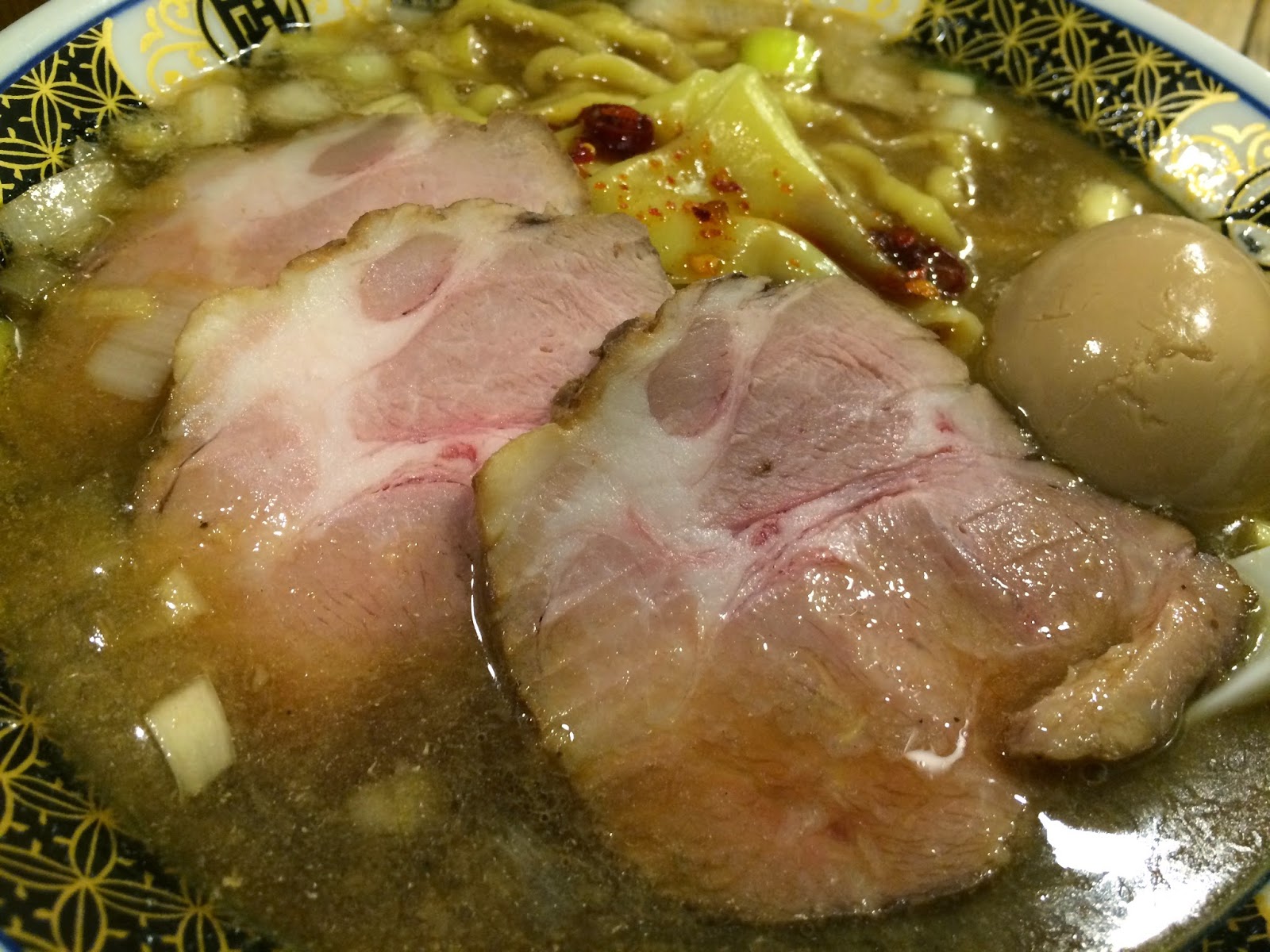 The noodles are thick and wavy. Once I bit into them, the chewiness mixed well with the bonito flavor. 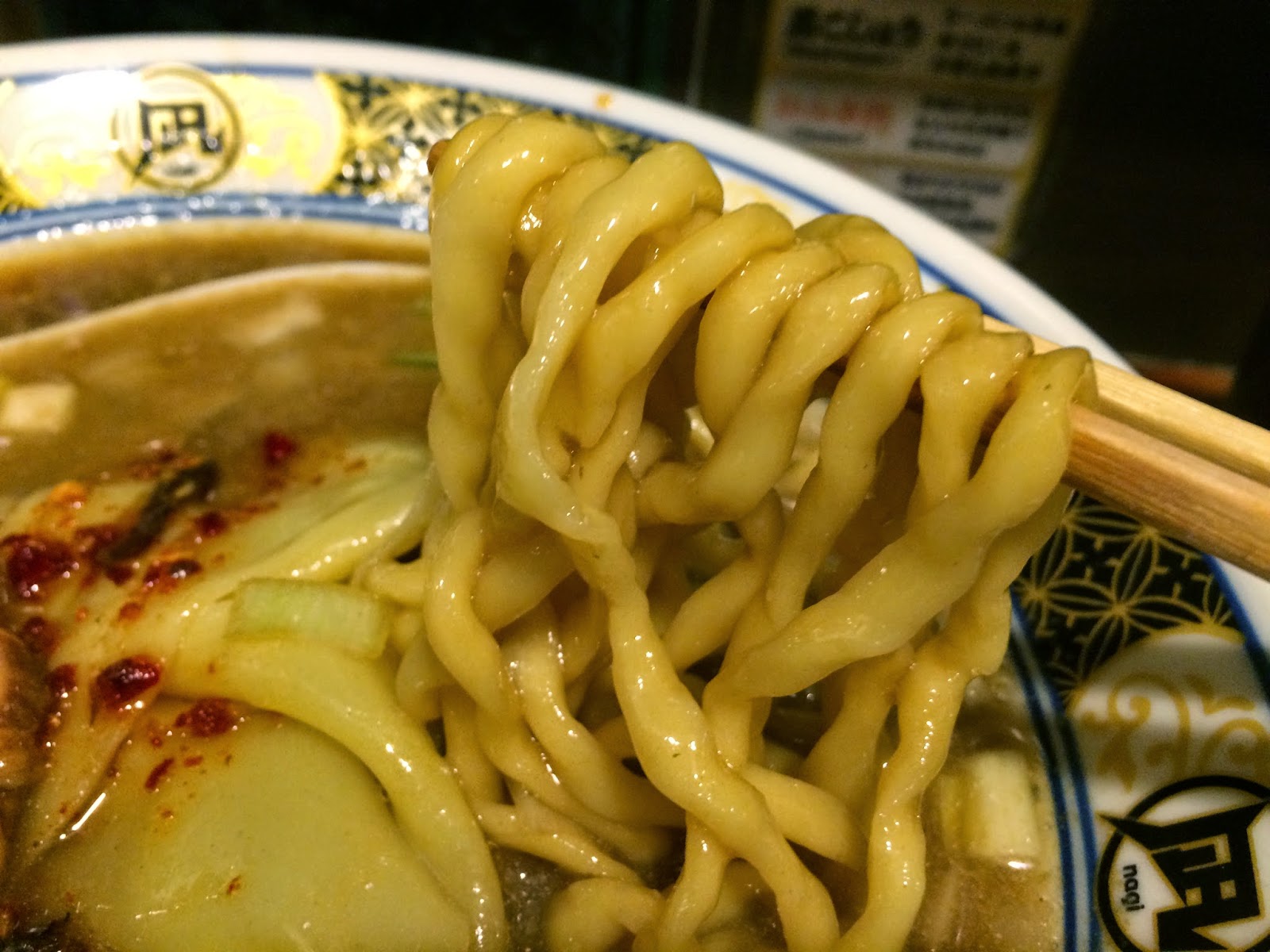 In addition to the regular noodles, there are wonton strips as well. The silky texture of the wontons was a nice contrast to the chewy noodles. This is a wild bowl! 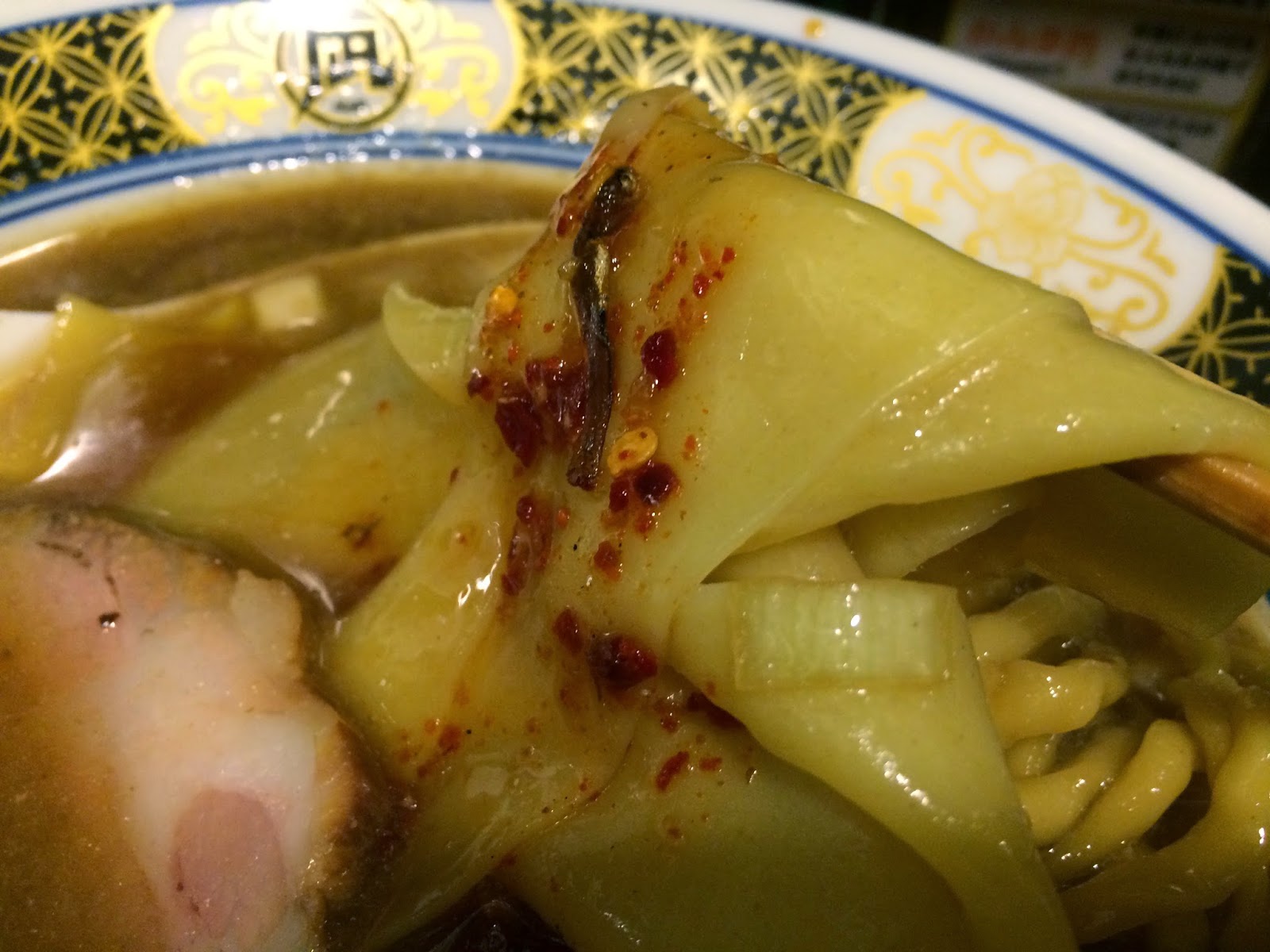 I slurped it down like it was three in the afternoon. I usually prefer clear or old-school ramen, but if I'm feeling wild, I'll come back here. 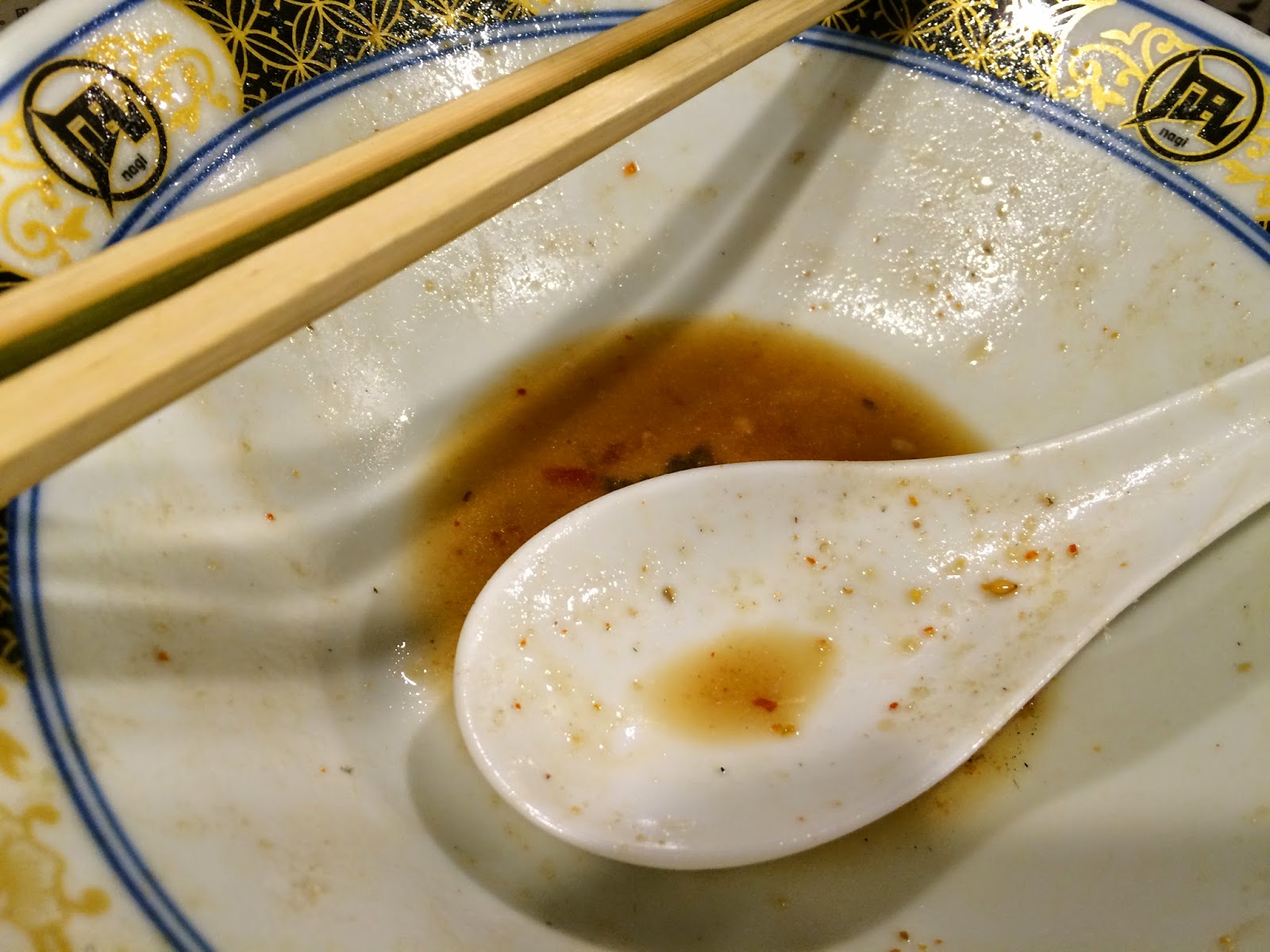 Open all day (no holidays!)