Last year, after a visit to the wonton masters at Yakumo, we asked who the genius was who crafted the first wontons and ramen combination. We still don't know the answer, but we decided to visit the old school mind masters who trained the wonton craft at Yakumo. 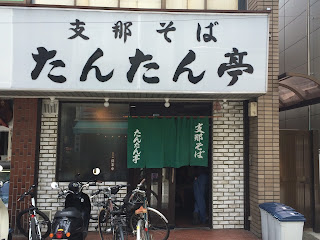 Tantantei serves up a classic shinasoba, which is basically an old-fashioned way of saying chukasoba, since the word "shina" is a slightly derogatory way of referring to China and conjures up some vague connotations of Japanese imperialism. In the ramen world, however, shinasoba, as Keizo Shimamoto has pointed out, is just a classic shoyu ramen that is usually served with wontons.

The classic mix (both pork and shrimp wontons) is the way to go.


The noodles are thin, chewy, and just excellent. They pair well with the niboshi-rich soup. 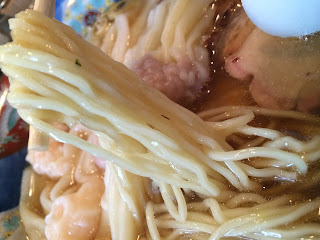 Half a dozen juicy wontons cover the bowl. The high price is somewhat justified with this much content. Pop the wonton in your mouth, burst the ball of minced meat, and swallow the juices while the flat, silky wonton skin glides down your throat like a comet's tail. 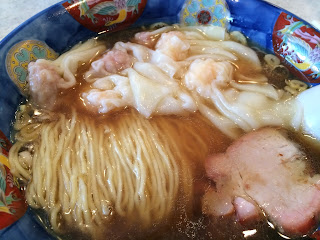 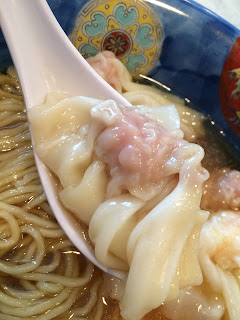 Tantantei serves up a rather pricey bowl of wonton ramen which has inspired a vast legacy of shinasoba practitioners in Tokyo. Whether Tantantei is better than our other favorite wonton bowl, Yakumo, probably just depends on your mood and wallet, as Tantantei's broth has more umami flavor, while Yakumo's shoyu soup - especially it's sublime white shoyu - is more refreshing. Living in Tokyo, we're glad that we don't have to choose.