It's been a while since Ramen Love had a bowl of tsukemen. That's because we had gorged ourselves on them during the Tsukehaku Festival, and also because tsukemen is best enjoyed during warmer weather. When it gets this cold, I want to drink the whole damn soup. 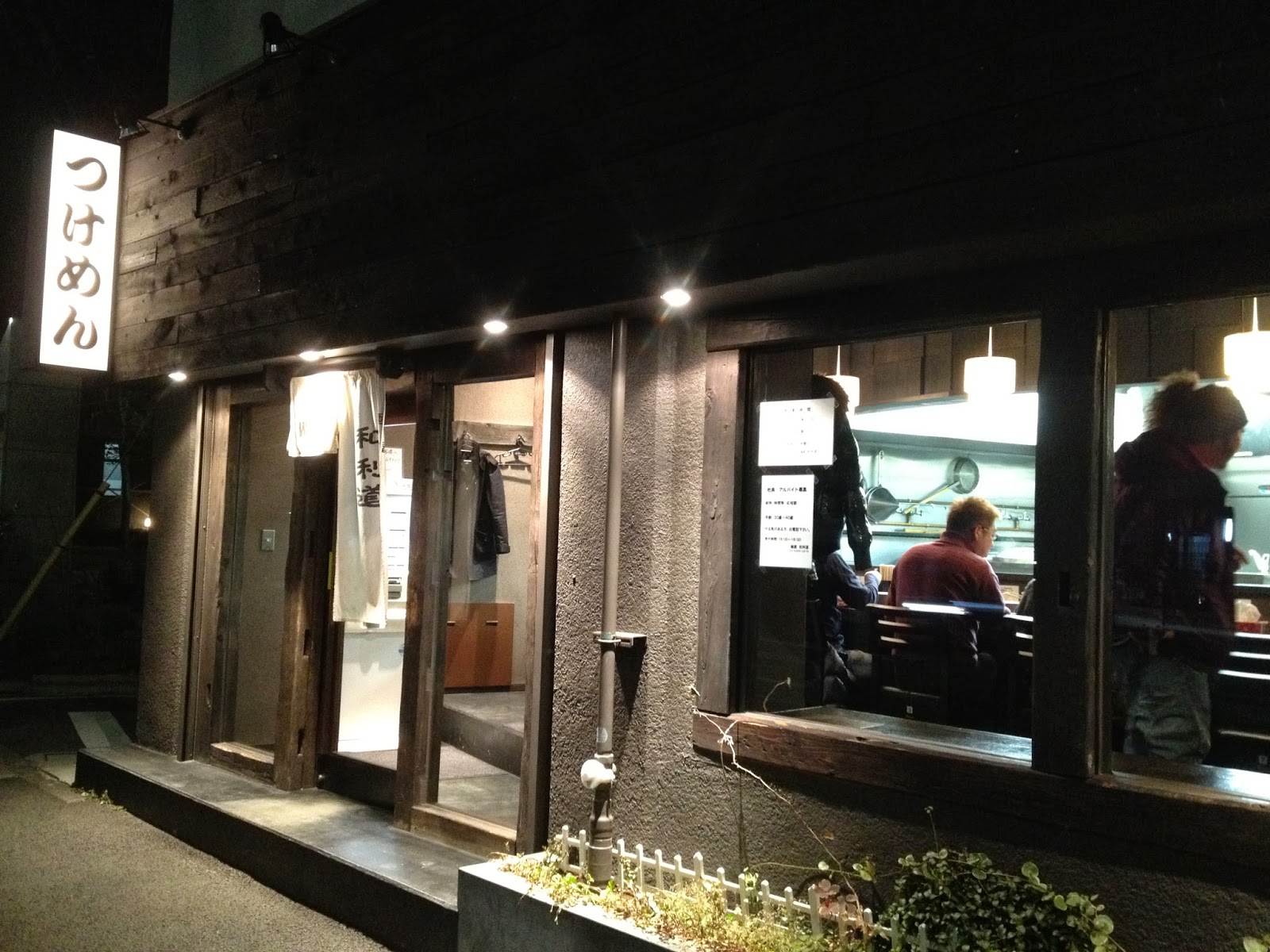 But there are exceptions. Warito is an exception. They serve the usual tonkotsu-gyokai double soup for lunch, but at night serve a creamy chicken and seafood blend that is heavenly. Warito also employs a number of tricks to keep your tsukemen at a steady heat throughout the meal.

This shop is a descendent of the legendary TETSU, which is probably one of the three or four most famous tsukemen shops in Tokyo. The shop is clean and sleek with lots of dark brown woods contrasting with the gleaming silver kitchen, but none of this is self-consciously overdone. Merely, every part of the ramen experience has been carefully considered. This is a very pleasing shop.

You can get their thick noodles with all the trimmings (flavored half-boiled egg, extra pork and menma)…

…or atsumori, where they come soaked in hot water. Tsukemen tends to cool off as you eat it (hence its popularity in the summer), but if you order them this way, the bowl is piping until the last slurp. Another bonus is that you can get a large portion of noodles at no extra cost.

Warito's soup is a perfect winter tsukemen, as its extra thick and creamy, a chicken puree infused with high quality dried sardines and bonito. 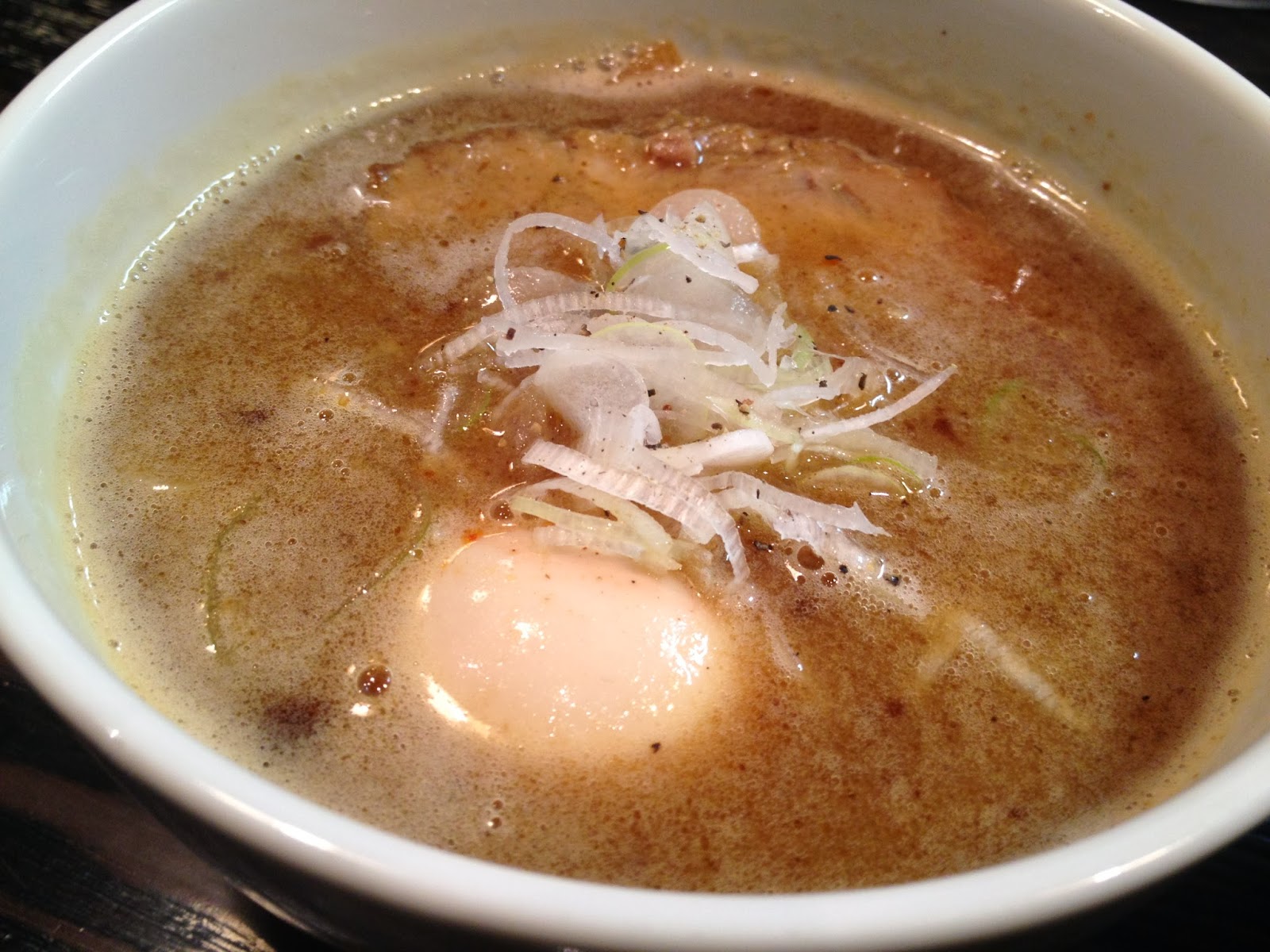 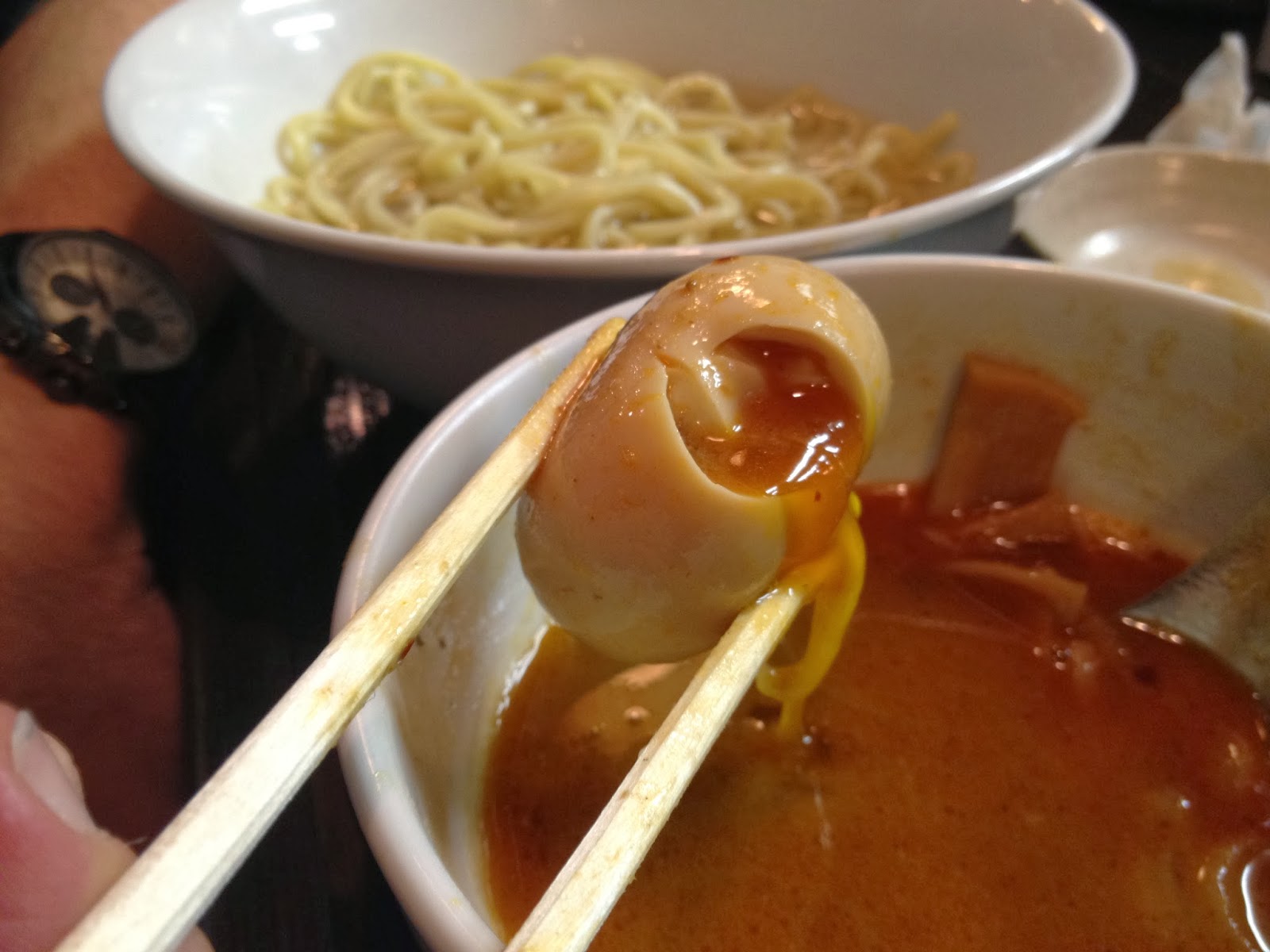 If this still isn't hot enough for you, the patrons of Warito dump a steaming black rock into your bowl of soup when you're finished slurping all the noodles, a strategy first pioneered by TETSU. 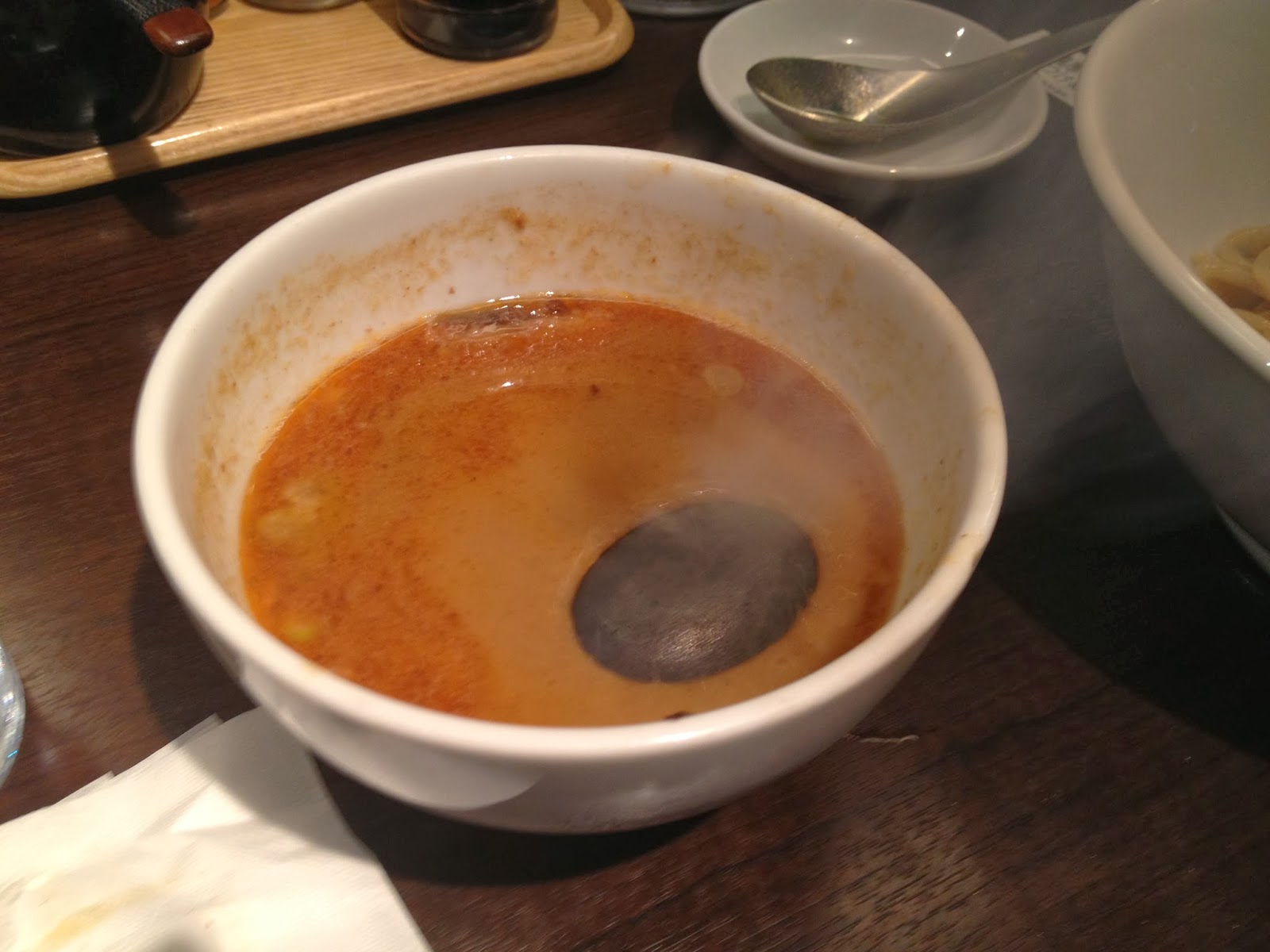 Add in some fried garlic chips… 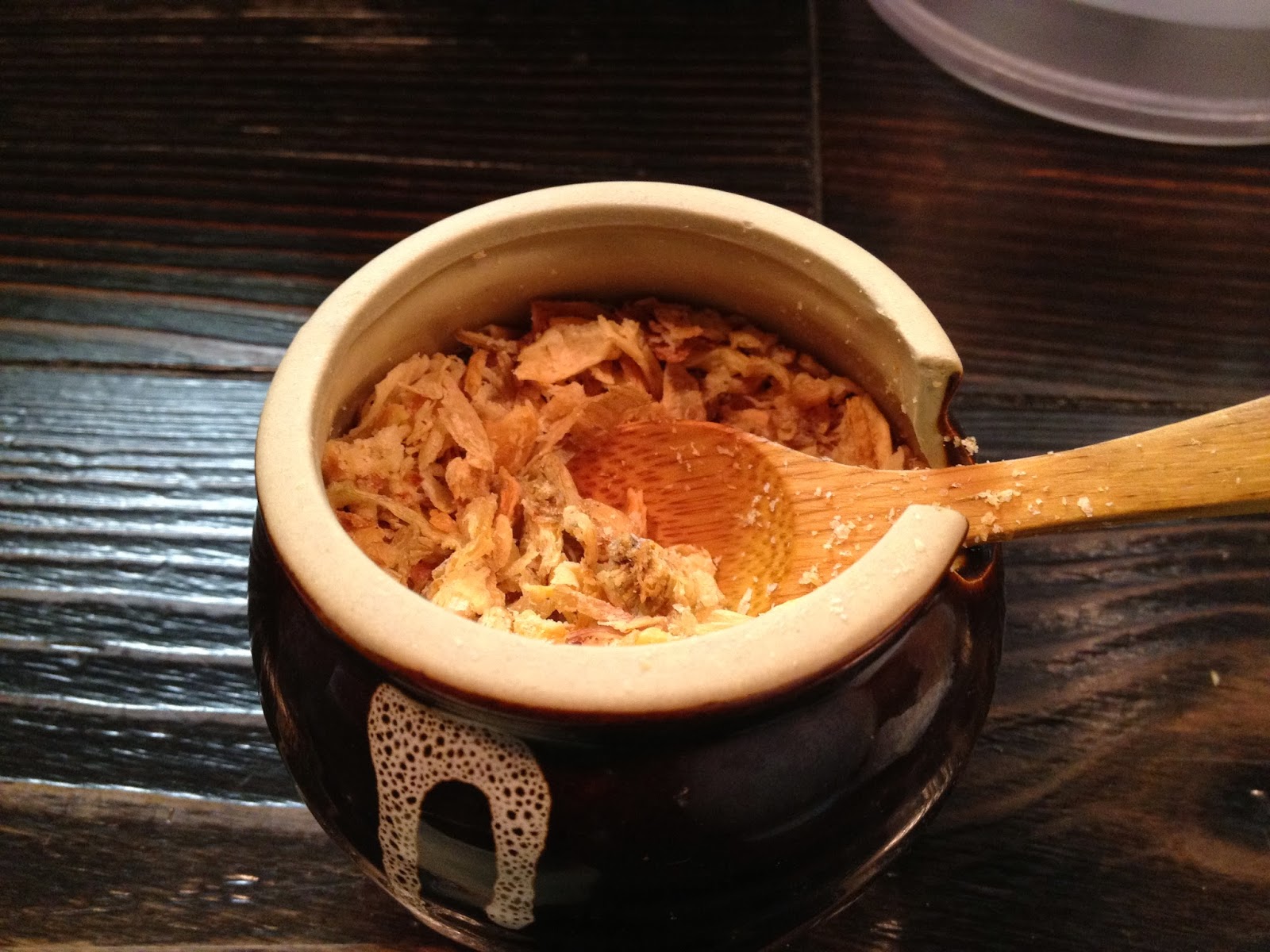 …and you have a hearty soup to round out your meal (caution: do not touch or drink the rock). This really is one of the best tsukemen in the city, right by the Ikejiri-Ohashi, the "pond bridge." 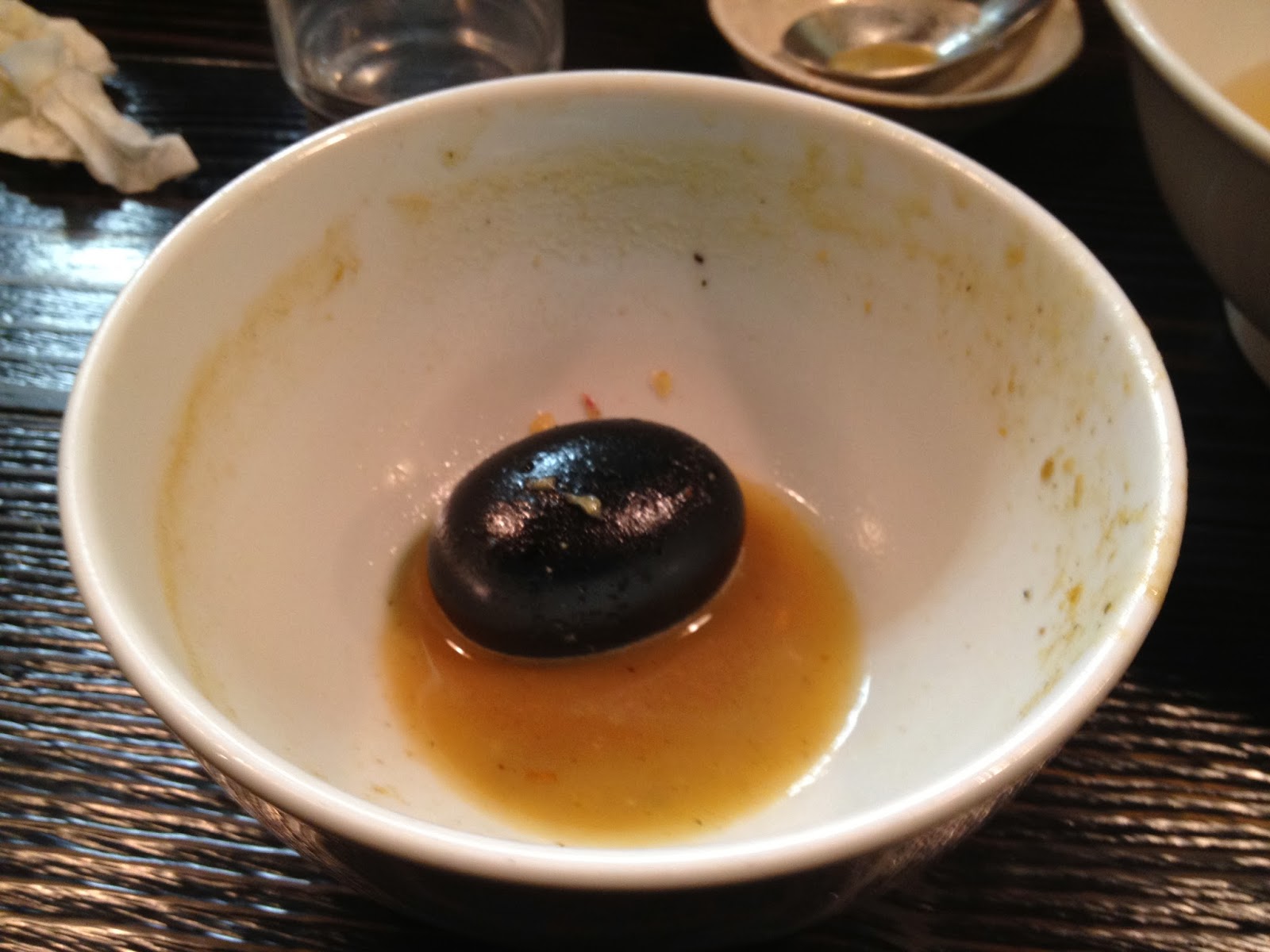