Ubiquitous tonkotsu gyokai tsukemen. Pork and fish dipping noodles, they are everywhere in Tokyo. One cannot go ten feet without tripping over some slob at a Matsuya, Starbucks, or tonkotsu gyokai tsukemen shop. Ever since Rokurinsha pioneered the bowl several years ago, it has become the go-to bowl for tsukemen in Tokyo, much to the detriment of noodle variety or novelty.

Seitoku, however, is one of the most respected in the city, possibly only outside of Matsudo's Tomita, champion of the Grand Tsukemen Fest last year. 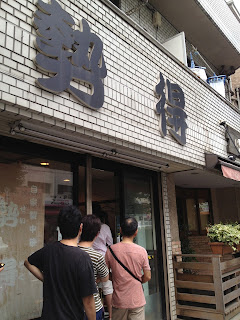 This shop deserves your respect. The entire operation - about a dozen seats wrapped around a bright red counter - is run by one man, a former disciple of a well-known tsukemen shop, who is never still for more than two seconds. It is one of those elusive shops, open for only four hours a day at lunch. The lone chef moved the shop from Machida in 2007, and it has been stocked with lines ever since. 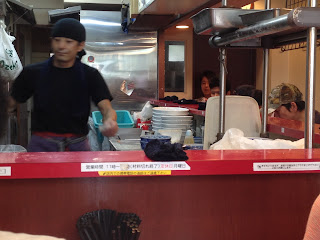 These are extremely flavorful bowls. Packed with chunks of fatty pork belly and a thick pork-shoyu broth, the trademark here is an intense shrimp dashi that packs much more of a punch than your standard bonito or sardine stock. Your lips will be left sticky and glistening from all the delicious grease and complex oils infused into this bowl.


While the shop is known for its tsukemen, the ramen is also excellent, with a more balanced approach than the tsukemen.


One might be tempted to go with the tokusei (special bowl) at a shop called Seitoku, but buyer beware: the standard portion of noodles is 330g, which is what most shops would consider an oomori, or extra freaking large. The tokusei is one of the best values for a bowl I've ever seen. 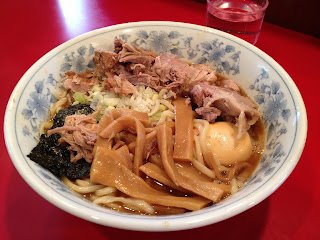 Your bowl of dipping sauce will be filled with so much extra pork that instead of swishing your noodles around in the sauce, you'll be dabbing them in little pockets of spare soup. If you don't have a large stomach for ramen, you might find yourself sick of the bowl before you can finish. 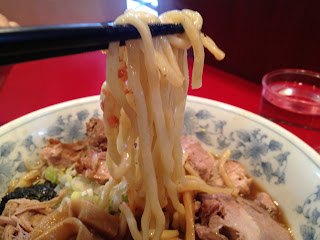 Or you might just finish it anyway, like we did. This much flavor is too good to waste. 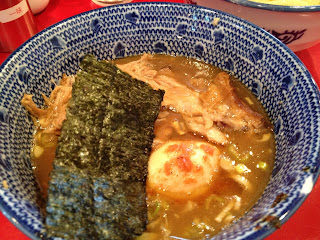